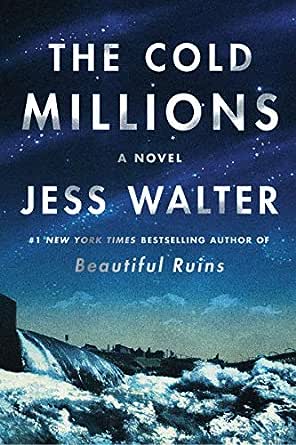 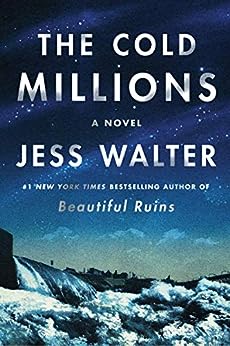 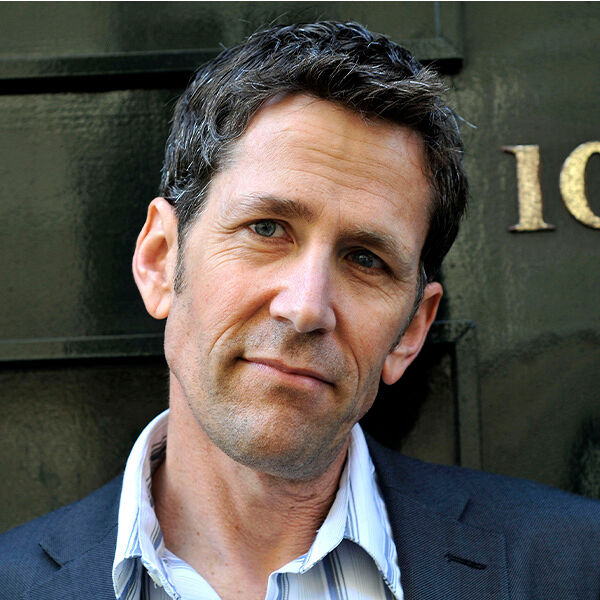 Gr 9 Up—When his mother dies, Ryan, 16, joins his 23-year-old brother, Gig, for a life on the road. They travel from Montana and reach Spokane, WA in time for the free speech riots of 1909. Teen readers will see that current demonstrations and complaints about police brutality have a long history. Handsome, charming Gig suffers in jail after speaking out while Rye is helped by 19-year-old Ellen Gurley Flynn, union organizer and agitator for the poor, the cold millions. Curious readers will want to learn more about this real-life character. Rye joins her to visit nearby towns to try to raise money for the cause while Gig sits in jail. They almost lose their lives in a mining camp because of a terrible betrayal and return without the money Flynn was able to raise. The poverty and violence of the early 20th century may be upsetting to some readers, but Walter brings the struggles of the time to vivid life. Most characters are white. VERDICT A page-turner by a talented author who depicts fascinating characters both real and imagined.—Karlan Sick, formerly at NYPL --This text refers to an alternate kindle_edition edition.

"A book about socio-economic disparity that's also a page-turner...It's funny and harrowing...it walks a dozen tightropes."

"A splendid postmodern rendition of the social realist novels of the 1930s by Henry Roth, John Steinbeck, and John Dos Passos, updated with strong female characters and executed with pristine prose."

"One of the most exciting cast productions of the season, with narration by well-loved voices you'll recognize, including Edoardo Ballerini, Marin Ireland, Cassandra Campbell, Frankie Corzo and more."

"Irresistible hobo brothers, an evil tycoon, a pregnant union organizer, a burlesque star, and a shady private eye light up a tale of the great Northwest in the early 20th century...This tour de force is testimony to Walter's protean storytelling power and astounding ability to set a scene, any scene."-- "Kirkus Reviews (starred review)" --This text refers to the audioCD edition.

Jess Walter is the author of six novels, including the bestsellers Beautiful Ruins and The Financial Lives of the Poets, the National Book Award finalist The Zero, and Citizen Vince, the winner of the Edgar Award for best novel. His short fiction has appeared in Harper's, McSweeney's, and Playboy, as well as The Best American Short Stories and The Best American Nonrequired Reading.

Cassandra Campbell began doing voice overs as the voice for Calvin Klein's Italian commercials. This was followed by commercial and documentary recording in both English and Italian. She has recorded many audiobooks and has received several AudioFile Earphones Awards as well as an Audie(R) Award nomination. As an actress and director, she has worked at the Public, the Mint, the Berkshire Theatre Festival, Stagewest, Theatreworks, the Baltimore Shakespeare Festival, Millmountain Theatre, the National Shakespeare Company, and the New York Fringe Festival.

Charlie Thurston is an actor and Earphones Award-winning narrator. He holds an MFA in acting from Brown University / Trinity Rep and has appeared on stages across the country with Trinity Repertory Company, Chautauqua Theater Company, Creede Rep, and at Riverside Theatre and Redmoon Theater, among others. His favorite roles include Edgar in The Completely Fictional--Utterly True--Final Strange Tale of Edgar Allan Poe, Stephen in The Long Christmas Ride Home, Tuzenbach in The Three Sisters, and Tony in You Can't Take It with You.

MacLeod Andrews is an actor, voice actor, and Earphones Award-winning audiobook narrator who earned the prestigious Audie Award for best narration in 2018. He has starred in a number of independent short and feature films and is a member of the Rising Phoenix Repertory Company in New York City.

Gary Farmer is a First Nations actor from Canada.

4.5 out of 5 stars
4.5 out of 5
1,060 global ratings
How are ratings calculated?
To calculate the overall star rating and percentage breakdown by star, we don’t use a simple average. Instead, our system considers things like how recent a review is and if the reviewer bought the item on Amazon. It also analyzes reviews to verify trustworthiness.

David W Putnam
4.0 out of 5 stars A good read
Reviewed in the United States on November 2, 2020
Verified Purchase
I had high hopes for this book, this author is a master craftsman, a true wordsmith. I have enjoyed many of his other books. That’s not to say I did not enjoy this one, I did, just not to the degree I expected. I loved the characters, their plight, the time period and setting. What more could a reader ask?
Throughout the year I am stumbling in the dark looking for that great read that will immerse me into that ever elusive, “Fictive Dream.” I think most all avid readers are involved in this same hunt. If I’m lucky I find five out of a fifty. I was hoping The Cold Millions would be one of these books.
What kept me at arms-length in this story was the multitude of points of view that stopped the forward motion of the story. I loved the three primary characters and the main story thread. Each time the author switched, yet again, to another character the main story line came to a complete stop while the author gave backstory on the new character. Instead of having three or four stories braided into one plait the structure is a tree limp with many different branches. We go along the limb buried in the story and then come to a branch where we take a hard-right detour. The detours are masterfully done and could be character sketches or short stories in their own right. But I’m in it for the, Fictive Dream, that wonderful plait of stories lines woven and seamless that carry me away, and in the end, I regret that there isn’t more.
Would I recommend this book? Absolutely.
David Putnam author of The Bruno Johnson series
Read more
68 people found this helpful
Helpful
Report abuse

Diane
5.0 out of 5 stars The Cold Millions has earned a place on my Favorites Bookshelf
Reviewed in the United States on October 28, 2020
One of the books I always recommend is Jess Walters' novel Beautiful Ruins. Set in 1962, it tells the story of a young man working to keep his family inn open on the beautiful Italian coast of the Ligurian Sea. He dreams of Hollywood, and when an American movie star shows up in a boat, their lives become intertwined. It's one of the most perfectly constructed novels I have ever read.

His latest novel, The Cold Millions, drops the reader into 1909 Spokane, Washington where many lives converge. Gig and Ryan Dolan are young Irish immigrants who hop trains and try to find any kind of job they can. They come up against job agencies who take financial advantage of men like the Dolans, police who don't like these "bums" sleeping outside, and uber-wealthy businessmen, like mine owner Lemuel Brand, who uses his money to take every advantage he can to stay powerful.

Tired of being taken advantage of, Gig gets involved with union organizers and gets thrown in jail, along with 500 other men, after a big protest. Ryan turns to famed union speaker Elizabeth Gurley Flynn to help him get his brother out of jail. Flynn sees that she can use young Ryan to gain sympathy and money for the cause of protecting and promoting the union.

Ryan also turns to vaudeville performer Ursula, who is romantically involved with both Gig and Lemuel Brand. Brand is a man who uses everyone in his orbit, pitting people against each other, having loyalty to none.

Once again, Walters' carefully constructs a fascinating world, again weaving real people into his fictional narrative (Elizabeth Taylor and Richard Burton were in Beautiful Ruins), like Flynn and labor lawyer Fred Moore. I loved the sibling relationship between Gig and Ryan, it felt so grounded in reality. The dichotomy of Ursula using her femininity to get what she wanted, while Elizabeth Gurley Flynn was harangued because she "acted more like a man" works so well here.

One might think that reading about union organizing in 1909 has no resonance in 2020, but as I was reading, all I could think was wow, these things are still happening today. Wealthy men want to control society to benefit themselves only, women who don't act in a matter that is considered docile are ridiculed, people at the bottom of the economic rung are scorned, and eventually when people have had enough, they will protest against injustice.

The Cold Millions is a brilliant book to get lost in, that makes you think that maybe we will make it out of these troubled times as apparently they have always been with us in one form or another. I give Cold Millions my highest recommendation.
Read more
40 people found this helpful
Helpful
Report abuse

Nina W.
4.0 out of 5 stars Ends better than it begins
Reviewed in the United States on November 10, 2020
Verified Purchase
At first the characters and subject matter didn’t interest me. Then I became interested in the main character, Rye. The story picked up. I was left with the feeling that I had read a good book. But the most important part of reading this book is that it somewhat calmed my fears about what our country is going through now. Apparently there have been many times when we are in upheaval and it seems quite dark. But times change and we weather through it.
Read more
21 people found this helpful
Helpful
Report abuse

Larry Shields
5.0 out of 5 stars Well Worth the Read
Reviewed in the United States on November 11, 2020
Verified Purchase
I guess when the topic is as hateful and ugly as the labor battles in the early 1900’s, what better perspective to captivate the reader than through the mind of a (mostly) innocent teenager.
Orphans, all Ryan wanted was to establish a home with his adored older brother Gig, but the times in Spokane were too hard and unfair to play it straight.
Not knowing the deck was stacked against them, Gig joined a righteous cause and Ryan was dragged along with him. They were used and considered expendable by all sides, their loyalty to each other the only value they never let go of.
Read more
9 people found this helpful
Helpful
Report abuse