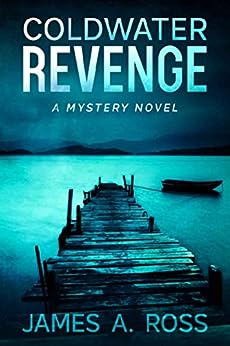 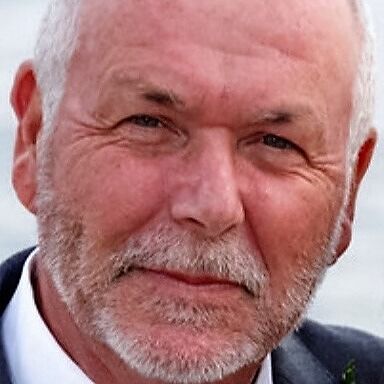 by James A. Ross (Author) Format: Kindle Edition
Book 1 of 2: A Coldwater Mystery
See all formats and editions
Sorry, there was a problem loading this page. Try again.
Bad things happen when a bioresearch research company on the verge of bankruptcy agrees to act as a conduit for anonymous shipments of vials, powders and Petri-dishes in exchange for quick cash. Trouble begins when a poxed corpse floats to the top of a nearby lake and an autopsy reveals it to be riddled with deadly toxin.

COLDWATER REVENGE is an atmospheric mystery/thriller that takes place during a ten day period in the Fall of 2002. The setting is a small upstate New York town with a centuries-long tradition of live and let live smuggling across the lake it shares with French Quebec. Murder suspects in a place turned inward by history and geography are of necessity friends, lovers and even family. The brother detectives of COLDWATER REVENGE face difficult moral choices when it appears the killer may be someone close to them. Especially when one begins to suspect the other and the catalyst is an ex-girlfriend they have in common.

James A. Ross has at various times been a Peace Corps Volunteer in the Congo, a Congressional Staffer and a Wall Street Lawyer.  His debut novel, HUNTING TEDDY ROOSEVELT, won the American Fiction Award in the Adventure/Historical category, the Independent Press Distinguished Favorite award for historical fiction, was a finalist for the National Indie Excellence Award for historical fiction and was shortlisted for a Goethe Historical Fiction Award. His debut mystery novel, COLDWATER REVENGE won the American Fiction Award for Mystery/Suspense: Hard-boiled/Crime.and the Firebird Book Award for Legal/Thriller. The second book in the Coldwater series, COLDWATER CONFESSION, is scheduled for release in April 2022.  Ross's short fiction has appeared in numerous literary journals and his short story, Aux Secours, was nominated for a Pushcart Prize. He is a frequent contributor to, and several times winner of, the live story telling competition, Cabin Fever Story Slam and has appeared as a guest story teller on the Moth Main Stage.  Ross's live performances, on-line stories, newsletter sign-up and much more can be found on his website.

"From the first page, I was drawn into Jim Ross' captivating novel, Coldwater Revenge. More than a crime novel over the death of a local boy who ran with the wrong crowd, this story has layers in the depths of its characters. The warmth between Tom Morgan and his brother as they work to investigate the murder adds a touching humanity to the story, and the care with which Tom nurtures his neurodiverse nephew brings the dynamics of this family alive on the page. It doesn't stop there. Ross imbues the many characters in his setting with rich backstory that comes out in the present. In the hands of a lesser writer, the intensity of the different sub-plots might overwhelm the main story, but Ross deftly brings all the story threads together in a gripping read. This is a book not to miss!" - Vanitha Sankaran, author of Watermark: A Novel of the Middle Ages

"Author James A. Ross grabs you and keeps you spellbound as this fast-paced thriller plunges into the icy depths of a dangerous lake on the Canadian border, and two brothers reconnect to solve a crisis which grows from a murder investigation into potential international terrorism." - Lenore Mitchel, author of DYING TO RIDE

"Coldwater Revenge by Jim Ross is a testament to how great mystery stories should be written; with grit and style, and with unnerving characters that blossom into palpable genre-representations that foil each other marvelously with each new page. Detailed and vividly conceived, there's little doubt the story takes its readers to a place of intrigue where it's near impossible to gage an outcome, and instead we must let it come, sometimes suddenly, while praying that there will continue to be more left to read. To call it a page-turner would be an understatement." - Josh Michael, Associate Fiction Editor, Mud Season Review

James A. Ross has at various times been a Peace Corps volunteer in the Congo, a Congressional staffer and a Wall Street lawyer. His debut novel, HUNTING TEDDY ROOSEVELT, won the Independent Press Distinguished Favorite Award for historical fiction and the American Fiction Award in the Adventure/Historical category. It was also a finalist for the National Indie Excellence Award and the American Book Festival Award for historical fiction. Ross’s debut mystery novel, COLDWATER REVENGE won the Firebird Book Award for legal thrillers, the Maincrest Media Award for Mystery/Suspense, the American Fiction Award for Hard-boiled Crime, the Pinnacle Award in the Thriller category and the Pencraft Award in the Thriller-Terrorist category. The second book in the Coldwater series, COLDWATER CONFESSION, is scheduled for release in April 2022. His short fiction has appeared in numerous literary journals and his short story, Aux Secours, was nominated for a Pushcart Prize. Ross is a frequent contributor to, and several times winner of, the live story telling competition, Cabin Fever Story Slam and he has appeared as a guest story teller on the Moth Main Stage. His live performances, on-line stories, newsletter sign-up and more can be found on his website: https://jamesrossauthor.com

Donald Sullivan, Westport, CT
5.0 out of 5 stars I want the Movie rights . . .
Reviewed in the United States 🇺🇸 on July 29, 2022
Verified Purchase
Amazing first mystery novel for Jim, I would immediately put him in the category of Greg Olsen and Tana French. I couldn’t put ColdWater Revenge down, and I am already looking forward to book 2. Great work, Jim.
Read more
Helpful
Report abuse

Kindle Customer
3.0 out of 5 stars I was pleasantly surprised by premise of the story.
Reviewed in the United States 🇺🇸 on April 25, 2022
Verified Purchase
I wasn't fond of the Morgan brothers and not satisfied with the simplification of the events. The author paced the writing in step with the events and allowing the readers to see the story unfolding - in real time. I appreciated the author teaching the reader about nature and being environmentally friendly.
I would recommend this for readers 16+. Looking forward to the next book.
Read more
One person found this helpful
Helpful
Report abuse

mim eichmann
5.0 out of 5 stars Coldwater Revenge - a terrific read!
Reviewed in the United States 🇺🇸 on May 31, 2021
Verified Purchase
Having read and thoroughly enjoyed James A. Ross’ historical fiction novel “Hunting Teddy Roosevelt”, I ordered his newest work, “Coldwater Revenge” shortly after it was released last month. “Coldwater Revenge”, set in 2002, transports us to a small upstate New York town bordering along French-speaking Quebec in an atmospheric mystery replete with multiple suspicious characters, hair trigger violence and suspenseful red herrings as the reader discovers exactly what motivated the original heinous murder and just how deadly that motivation may be to society.
Characters are well developed and continually surprise us with back story reveals that don’t distract from the main story’s flow. As in his first novel, Ross skillfully juxtaposes informative, plot-moving dialog with poetic imagery in his descriptions. For example: “Thirty feet behind the boat, the blue/black water erupted in foamy spray and rainbow prism. A gray cylinder the size of a man’s leg broke the surface and whipped the water into foam with a tail as wide as a catcher’s mitt.” Now that’s a fish!
“Coldwater Revenge” is the first of three mystery/thrillers and I’m definitely looking forward to these next two works! Five stars.
Read more
2 people found this helpful
Helpful
Report abuse

Ryan
5.0 out of 5 stars Engaging mystery with a touch of thriller
Reviewed in the United States 🇺🇸 on April 27, 2021
Verified Purchase
I love mysteries that are based on small towns, where everyone knows everyone else and motives, secrets, and old grudges intertwine and obfuscate the crime. In Coldwater Revenge, Tom returns to his childhood hometown on what's supposed to be a decompressing vacation of fishing and visiting his family. The murder of a local (the brother of Tom's old high school sweetheart) sends Tom's simple vacation careening down a different path. All of a sudden he's stuck in the middle of the investigation trying to help his sheriff brother solve the mystery. But the seemingly simple investigation turns deadly for the brother detectives as secrets and betrayals (both old and new) come to light.

Coldwater Revenge is a great murder mystery with a touch of thriller thrown in. It kept me guessing until the end. I highly recommend it!
Read more
2 people found this helpful
Helpful
Report abuse

Jonathan Gemini
5.0 out of 5 stars Clever plot, intriguing characters and a beautiful setting
Reviewed in the United States 🇺🇸 on May 26, 2021
Verified Purchase
Family ties, legal drama and international intrigue make for a crackling good mystery set in an upstate NY town with plenty of secrets. The story unfolds at a good pace, then climbs to a breakneck climax. Lots of interesting side characters and a few well-placed red herrings to keep things interesting as the main character juggles a mystery, a suddenly single ex-girlfriend and career ending crisis all on a weeks vacation to his hometown.
Good fun!
Read more
2 people found this helpful
Helpful
Report abuse

Gene
5.0 out of 5 stars An Intriguing Mystery, Great Story-Telling
Reviewed in the United States 🇺🇸 on August 27, 2021
Verified Purchase
The author delivers a thrilling mystery that weaves a story of terrorism, murder, love triangles and deception told with style that engages the reader from start to finish. A great read that is hard to put down. I look forward to his next in the series.
Read more
One person found this helpful
Helpful
Report abuse

Amazon Customer
5.0 out of 5 stars Riveting, thoughtful, compelling, and well worth your time!
Reviewed in the United States 🇺🇸 on May 20, 2021
Verified Purchase
Coldwater Revenge is a gripping story, filled with ethical, moral, and philosophical dilemmas that mirror those we all face in our own lives. Compelling characters, plots, and subplots allow the reader to become fully immersed in a different world. If you are looking for a page-turning murder/mystery with philosophical, psychologic undertones, look no further!
Read more
2 people found this helpful
Helpful
Report abuse

Rosemary
5.0 out of 5 stars Clever Page Turner
Reviewed in the United States 🇺🇸 on June 18, 2021
Verified Purchase
Quick paced and not so easy to see where we were headed with the various characters whose paths crossed enough to make your radar stay up! Looking forward to the next in the series. Way to go, Jim Ross!
Read more
One person found this helpful
Helpful
Report abuse
See all reviews