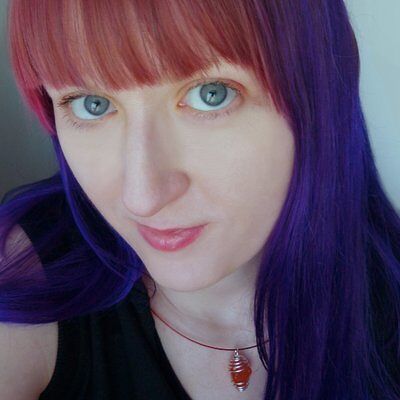 Colette Phair is the author of Nightmare in Silicon, Permanence, You Are Not What You Seem, and In Your Shadow. Her short writings have been published in The Apocalypse Reader, 3:AM, Bitch Magazine, Women's Studies Quarterly, Bare Bone, and New Dead Families. Colette has worked and volunteered for several progressive nonprofits and political campaigns. She is an American living abroad as a digital nomad and has lived in Mexico, Spain, France, Cameroon, California, and Norway. 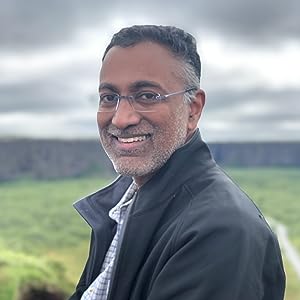 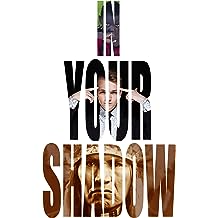 A child in Paris sees visions caused by a mysterious disease. A Midwestern school teacher hunts down her church-burning student. And a San Francisco suicide leads to a revolution.

In this literary novel with a science fiction concept at its core, three characters, connected only by an unnamable dissatisfaction, forge new paths when they discover a family connection to unspeakable political crimes. Inspired by the new science of epigenetics, which suggests traumatic experiences may be imprinted on our genes and affect our children (and their children too), In Your Shadow envisions how the Rwandan Genocide, the Native American Genocide, and the Holocaust still haunt three courageous individuals determined to live out their own lives, even when those lives have been defined by the mistakes of their ancestors.

In stories that span continents and generations, this book—part novel, part collection—weaves themes of family, belonging, exile, and redemption into a vision for the future where the past is never far behind.
Read more 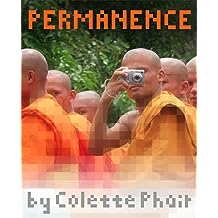 Permanence Jun 6, 2020
by Colette Phair
$0.99
Imagine a world where everything - your coffee table, your pet, your lover, even you - needs to be backed up in order to survive. Those objects and beings who aren't revert back to their old selves when last saved. That's the world Jeth and I live in. The monks are trying to take everything from us, but I'm going to hold on as tight as I need to - to him, and to the world I know.


“Wonderful... A marvelous story… has some lines and images that are priceless.” - Zack Wentz, author of The Garbage Man and the Prostitute 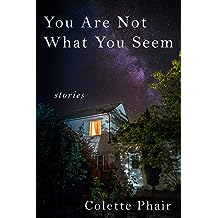 You Are Not What You Seem Oct 15, 2020
by Colette Phair
( 1 )
$4.99
A heartbroken factory worker allows scientists to make a copy of him. A wife forgets how her husband's skeleton got into her cellar. And everyone in one white girl's town won't stop calling her Emily.

In this story collection, identities are mistaken, roles are reversed, and characters truly find themselves in the unlikeliest of places.

With elements of literary fiction, sci-fi, horror, and autobiography, You Are Not What You Seem pushes the boundaries of genre to unearth the raw emotion beneath everyday life and make us rethink others and ourselves.
Read more 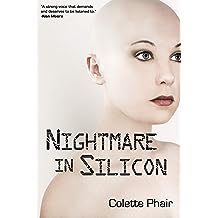 Nightmare in Silicon Jan 22, 2020
by Colette Phair, Matthew Derby
( 1 )
$4.99
Meet Ymo — the young, bold, sarcastic, and struggling test subject for medical trials — who decides to shed her gender, her body, and her ability to dream for a second chance at life as a robot. Fans of William Gibson and Margaret Atwood will be mesmerized by this fast-paced tale of survival in a not-too-distant future, seen through the eyes of a rebellious and free-spirited young woman coming to terms with who she is for the first time. But objectification of women takes on a whole new meaning in Ymo's binary world, where no one and nothing — not even one's own body — can be trusted. With a foreword by Matthew Derby and a new prologue by the author, this updated edition proves again why Alan Moore called Nightmare in Silicon beautiful, driven, and brave.

A portion of proceeds from this book will be donated to Planned Parenthood.

"Do you remember when Spielberg’s AI came out and every review seemed to mention that it had long been a pet project of Stanley Kubrick, and then went on to lament what an amazing creation it could have been in his hands?  ...While in no way the same beast, Colette Phair’s debut Nightmare In Silicon is the closest analog to an imaginary Kubrick AI that you’re likely to find."
-JEREMY ROBERT JOHNSON (Verbicide Magazine), author of The Loop and Entropy In Bloom

"A toxic-shock torrent of bad energy and beautiful language, Colette Phair's Nightmare in Silicon is recklessly brave and driven writing, brimming with fluorescent style and startling ideas. Hers is a strong voice that demands and deserves to be listened to."
-ALAN MOORE, author of Batman: The Killing Joke and V For Vendetta

"Cyberpunk is alive and well. Nightmare in Silicon is convulsively funny, hideously diseased, erotically oozing, tightly plotted, and told with a wonderfully sharp tongue."
-RUDY RUCKER, author of Software and Mathematicians in Love

"A highly interior, marvelous short novel written from the point of view of a woman who — facing imminent death from illness — becomes the first person to have her consciousness transferred to a robot body."
-R. U. SIRIUS (H+ Magazine), coauthor (with Tim Leary) of Design for Dying and author of Counterculture Through the Ages

"If Kathy Acker had lived long enough to have access to an iPhone, Soylent, and Oculus, she might have come to sound like Colette Phair... Phair takes no prisoners in her vivid, sonorous truth-telling."
-PAUL DI FILIPPO, author of Ciphers and Ribofunk
Read more
Other Formats: Paperback