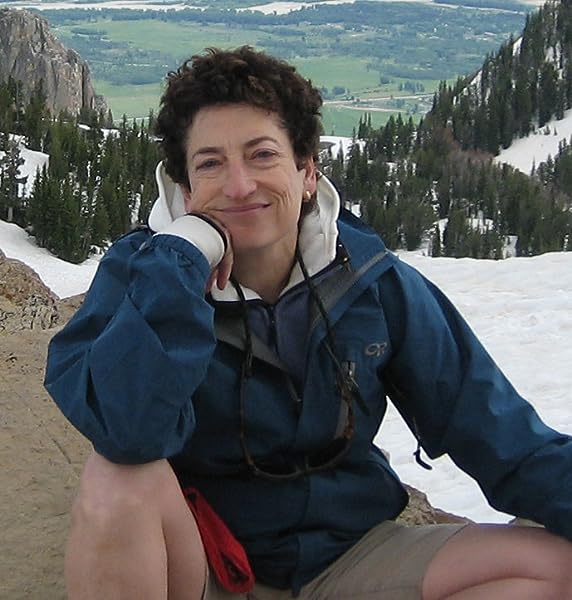 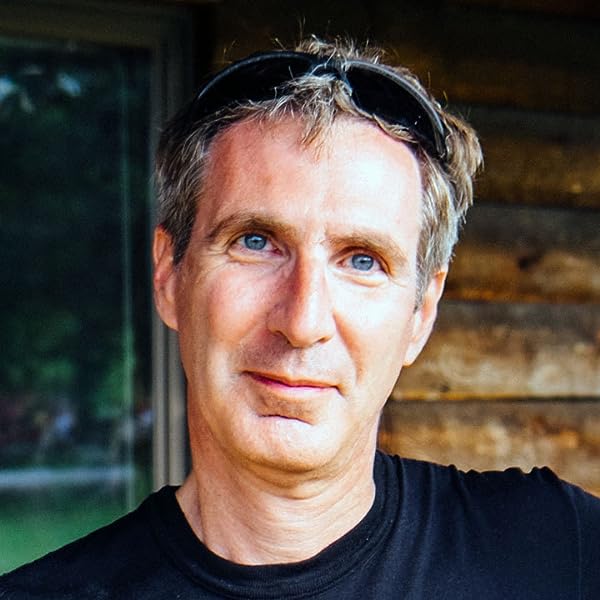 The Collapse of Western Civilization: A View from the Future Paperback – Illustrated, July 1, 2014

A much-needed antidote to the "AGENDA 21" nonsense promulgated by Glenn Beck and the far right, Oreskes and Conway provide us with a glimpse of the dystopian future we may ACTUALLY face should we fail to heed the warning of the world's scientists regarding the looming climate change crisis. -- Michael E. Mann, director, Penn State Earth System Science Center, and author of The Hockey Stick and the Climate Wars: Dispatches from the Front Lines

Oreskes and Conway's startling and all-too-plausible history of the century to come is in the spirit of George Orwell and Aldous Huxley and all the writers who have turned to prophecy in the attempt to ward off an oncoming disaster. Witty in its details and disturbing in its plausibility, this is an account of the Long Emergency we're entering that you will not soon forget. -- Kim Stanley Robinson, author of Shaman, 2312, Science In the Capital, and the Mars trilogy

A chilling view of what our history could be. Ignore it and it becomes more likely. Read this book, heed its warning, and perhaps we can avoid its dire predictions. -- Timothy Wirth, vice chairman, United Nations Foundation, and former U.S. Senator and Member, U.S. House of Representatives

Regret, Oreskes and Conway argue, is an equal-opportunity employer. Yes, climate change will be a nightmare for environmentalists. But global warming also threatens free marketeers, because unabated, it guarantees big government intervention. And that's the great service of this short but brilliant parable: it creates bipartisan empathy for our future selves. From that gift, perhaps we can summon the will to act today. -- Auden Schendler, Vice President, Sustainability, Aspen Skiing Company

Provocative and grimly fascinating, The Collapse of Western Civilization offers a glimpse into a future that, with farsighted leadership, still might be avoided. It should be required reading for anyone who works―or hopes to―in Washington. -- Elizabeth Kolbert, author of The Sixth Extinction: An Unnatural History

The scenario portrayed in this valuable little book is scarily possible. It would be apt if readers took action to keep it from, you know, happening. -- Bill McKibben, founder 350.org

This science-historical fantasy is thought-provoking, but is it prescient? ― Scientific American

[A] must-read... What is science fiction today will someday be the history of real, live people ― billions of them. Kudos to Oreskes and Conway for finding a creative way to talk about the immoral choice we are making today and how those billions of people will suffer for it. ― Climate Progress Blog

Though short, Collapse provides a detailed examination of how we've failed our environment ― and a call to action to save what's left. ― Discover

Naomi Oreskes is professor of the history of science and affiliated professor of Earth and planetary sciences at Harvard University. Her 2004 essay "The Scientific Consensus on Climate Change," cited by Al Gore in An Inconvenient Truth (2006), led to op-ed pieces in the Washington Post, the Los Angeles Times, and the San Francisco Chronicle, and to Congressional testimony in the U.S. Senate Committee on Environment and Public Works. With Erik Conway, she is the author of Merchants of Doubt: How a Handful of Scientists Obscured the Truth on Issues from Tobacco Smoke to Global Warming.

Erik M. Conway is a historian of science and technology employed by the California Institute of Technology. He recently received a NASA History award for "path-breaking contributions to space history, ranging from aeronautics to Earth and space sciences," and an AIAA History Manuscript Award for his fourth book, Atmospheric Science at NASA: A History.

Start reading The Collapse of Western Civilization: A View from the Future on your Kindle in under a minute.

4.0 out of 5 stars
4 out of 5
446 global ratings
How are ratings calculated?
To calculate the overall star rating and percentage breakdown by star, we don’t use a simple average. Instead, our system considers things like how recent a review is and if the reviewer bought the item on Amazon. It also analyzes reviews to verify trustworthiness.

Alan Holyoak
VINE VOICE
5.0 out of 5 stars Great, readable addition to the literature pertaining to climate change
Reviewed in the United States on January 21, 2015
Verified Purchase
Just so you know, I am a PhD marine scientist and I have been studying and teaching environmental science, including climate change, for over 20 years.

One of the biggest problems with scientific discoveries is that scientists seldom publish their work in a forum or a form that is accessible or understandable to the non-scientific community of voters, policy makers, et al. This short book/long essay by Naomi Oreskes and Eric Conway is a fantastic addition to the conversation on climate change and its potential effects.

FYI, this is not a light version of "Merchants of Doubt" (also a fantastic read). This book is instead, a way to consider the path we are on and seem determined to stay on with respect to climate change regardless of what science discovers and which actions it recommends.

The writing is clear and concise, but not what I'd call brilliant though the ideas presented are. We are on a downward slope and have been for decades when it comes to climate. We know the causes of climate change. We know the effects, current and future if we don't change. This book outlines much of what science can predict with confidence.

The one criticism I have is that the authors resort to a techno-fix for climate change rather than letting it run its course. Perhaps the alternative was simply too bleak to imagine...

5 stars. Important message...should be read be everyone

Amazon Customer
5.0 out of 5 stars There's a lot going on here and it's important. Do buy this book.
Reviewed in the United States on December 26, 2018
Verified Purchase
An interview with Naomi Oreskes is available at KPFK FM for the December 26, 2018 and it is a great interview. A YouTube video should be available of this interview a few days from this post on the Climate Deception Channel.
I never heard of type 1 errors or type 2 errors before reading This book. Lot of science stuff here. I will now add the audible.

This is an important book because it covers the so much stuff while offering the real deal in fiction style. Footnotes give real resources to the historical moral corruption perpetrated by the fossil fuel complex and the US Government. You should expect to hear about the "Tobacco Strategy" here as it became a tool for the fossil fuel industry's climate deception campaigns (See the ClimateDeception.Net) for more important links.
There are some choice quotes from science fiction writers, including Asimove. What is most important is the look to the past of climate change and how we now have a new climate change predicted by many scientists.
The criminality of the climate deceivers cannot be overstated. They politicized climate science while denigrating climate scientists. Meanwhile, they've worked at causing misinformation and a US population hostile to fact based evidence. I'm still reading with a bit more to go. The links prove out as real and they often match what I have used on my own web sites (KillerOceans.Com - PercentCounts.Com - ClimateDeception.Net; all non-profit of course). Eddie Evans - ClimateDeception.Net
Read more
9 people found this helpful
Helpful
Comment Report abuse

M&M and Me
5.0 out of 5 stars Ingenious approach to a critically important issue
Reviewed in the United States on January 8, 2017
Verified Purchase
This ingenious little slip of a novella - I'm not sure it even qualifies as that; "essay" seems to be a better title - offers readers a novel way to engage with the issue of climate change by completely reframing through a historical study written in an imagined future. In other words, they create and deploy a historical sci-fi project about a real and present danger to society today. I love this! As a historian and fiction lover, this framework really drew me in and transformed my understanding of and enthusiasm for taking action regarding climate change.

The authors' use of actual political and economic philosophies, blending of real and imagined legislation regarding climate change, and determination to approach climate change with a modicum of objectivity thanks to its imagined historical framework really drove home what is at stake, how the future might look, and how ridiculous our present approach to climate change really is. Bravo to the authors for penning such an intriguing work, one that is highly imaginative and yet deeply rooted in real evidence. Highly recommended reading for, well, everyone, really!
Read more
13 people found this helpful
Helpful
Comment Report abuse
See all reviews

Patricia Finney
5.0 out of 5 stars A plausible take on how our dithering over global heating could destroy Western civilization.
Reviewed in the United Kingdom on February 2, 2020
Verified Purchase
You really don’t expect to laugh out loud at a book dealing with climate change and sporting the title “The Collapse of Western Civilization.” But I did.
A satirical look at the appalling prospects for the rest of this century, from the point of view of a Chinese historian from the year 2393, this book skewers our idiotic complacency, fossil fuel vested interests and the general deadly dithering over global heating.
The only thing wrong with it was that it was too short!
Read more
Report abuse

DungBeatle
5.0 out of 5 stars A chilling peek into the near future
Reviewed in the United Kingdom on April 19, 2019
Verified Purchase
This book should be obligatory reading in schools. Teachers, especially, should read this book and change the message they give to their students. The apocalyptic climate catastrophe Oreskes describes can still be avoided if the young voters of the next 5 years understand what's at stake.
Read more
2 people found this helpful
Report abuse

P Donnie
3.0 out of 5 stars Worth a read
Reviewed in the United Kingdom on October 12, 2015
Verified Purchase
Quite good but could have been so much more if they had expanded on it.
Read more
2 people found this helpful
Report abuse

JD Valentine
5.0 out of 5 stars Food for thought, innovative angle
Reviewed in the United Kingdom on February 4, 2015
Verified Purchase
A well-written, but worrying read, penned by a historian as though she were writing from the future, after a climate-induced collapse of civilization. Highly recommended.
Read more
One person found this helpful
Report abuse

Pandora Black
4.0 out of 5 stars Four Stars
Reviewed in the United Kingdom on May 26, 2016
Verified Purchase
Thank you for prompt delivery and good quality book
Read more
Report abuse
See all reviews

Page 1 of 1 Start overPage 1 of 1
This shopping feature will continue to load items when the Enter key is pressed. In order to navigate out of this carousel please use your heading shortcut key to navigate to the next or previous heading.
Back
Next
Pages with related products. See and discover other items: history of climate, climate change fiction, climate fiction, climate science