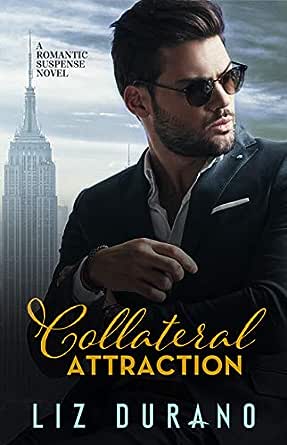 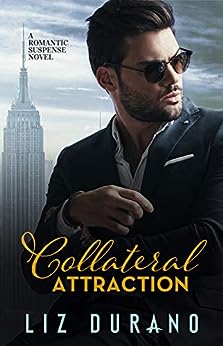 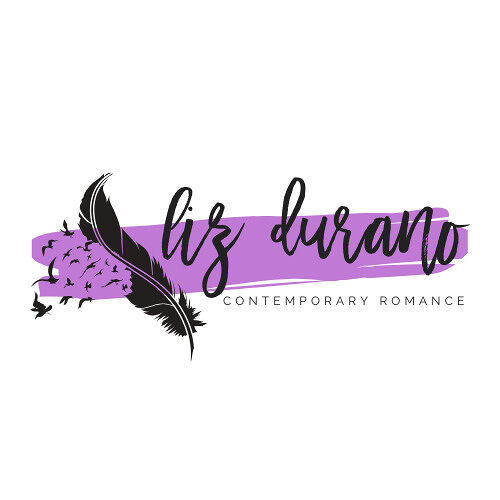 "A mistaken identity story that straddles the line between romance and chick lit." - RT Book Reviews

A Collateral Attraction was originally titled Collateral when it was first serialized on Wattpad where it was chosen as one of the top 5 romances to read by RT Book Reviews (August 2015).   I've always been interested in sibling dynamics, especially between twins and wanted write something that dealt heavily on chick-lit and women's fiction elements along with romantic suspense and mystery.

Liz Madrid was born in the Philippines and studied journalism in college before realizing she preferred writing romantic fiction over news and ad copy.  When she's not writing her books, she runs a private massage therapy practice in the South Bay.  She lives in Southern California with her family, a Chihuahua and way too many books.
Read more

T.P. Down Under
1.0 out of 5 stars REALLY 5 Stars?????
Reviewed in the United States on July 22, 2018
Verified Purchase
I'm sorry but I thought this book was just awful.
The female characters were ditzy and the story was all over the place. It had page after page filled with totally irrelevant facts which had me flipping through the pages just to see if it would get any better...........it sooooo didn't.
The story took place over 8 days, the H and h met, fell in love, travelled extensively , almost got killed and prevented a company take over.
Puhleese..........REALLY.
On top of all that the present tense was all wrong and the editing was SHOCKING
I hate saying negative things about an author as I know they depend on reviews for their book sales however, if I can prevent just one person from wasting their money on this book my job is done.
Read more
4 people found this helpful
Helpful
Comment Report abuse

Yvonne Butler
5.0 out of 5 stars New York
Reviewed in the United States on December 31, 2016
Verified Purchase
Billi and Blyth were twins but we're as different as black and white. Billi went to New York to spend time with her sister. At a party where they had matching black bags, they got switched and the sisters passports, driver's license keys all caused mayhem. Blyth was engaged to Ethan, a former corporate head with unlimited funds. But his brother, Health, who was now the head of their family business, came hunting for them but found Billi, instead. A Chase that lead them many places before things brought them together. This is a romance but not one that came about easily. I had read it a long time ago but continued because I just vaguely remembered, but no details. Worth reading again.
Read more
One person found this helpful
Helpful
Comment Report abuse

Maia
4.0 out of 5 stars Lovely surprise
Reviewed in the United States on October 29, 2017
Verified Purchase
Even though it’s still heavy on romance and more sweet and unrealistic than I prefere, the other aspects of story - fraud line, family and intrigue - was way above what I expected and add the story another star.
When one leave the romance, there were more to the characters and they really had their lives, dreams, history. Sometimes they behaved stupid in the name of plot, but in whole they was better then what I expected from the first few pages.
Plot was tangled too even if you could pick some parts early.
All in all, lovely surprise. Not devious and perfect but great quick read. :)
Read more
2 people found this helpful
Helpful
Comment Report abuse

The book needs a proofreader, there are pronouns that don't match and one case where she says what was I thinking when it should have clearly been what was he thinking or some such. Mostly in the last third of the book, I had to strain to figure out what the sentence was supposed to be.

BP34
5.0 out of 5 stars A well written book with interesting characters.
Reviewed in the United States on July 27, 2016
Verified Purchase
Billie and Blythe are identical twin sisters but so different in character and personality. A well written book with interesting characters. Lots of surprises and twists as we engage in mistaken identities, suspicion of murder, decades of lies, luxury, jet setting, sibling rivalry, billionaire brothers, family secrets, etc. This book is a page turner that will leave you wanting more.

I received an arc copy in return for an honest review, but also purchased a copy for my collection
Read more
2 people found this helpful
Helpful
Comment Report abuse

Kindle Customer
4.0 out of 5 stars Good book
Reviewed in the United States on November 4, 2017
Verified Purchase
I enjoyed reading this book. Loved the story line and characters. I must admit that I got tired of Billies sister Blythe bitchiness. Spoiled princess. I am glad that Billie and Heath got their happy ever after ending. I will continue to follow this author and I look forward to reading more of her books.
Read more
One person found this helpful
Helpful
Comment Report abuse

SKillen
5.0 out of 5 stars Loved it!
Reviewed in the United States on October 28, 2016
Verified Purchase
I truly loved this story of wealth, deception and love. What a whirl wind journey for these two. Heath is all work and no play where Billie is all no worries, carefree. Until her twin sister is involved, then it's no holds barred!! She loves her and will go where ever she needs to protect her. Who new love was possible for this charade of a couple. Where will it all end up. Loved it!! Exciting!!
Read more
One person found this helpful
Helpful
Comment Report abuse

Betababe
5.0 out of 5 stars Whom can you trust?
Reviewed in the United States on February 21, 2016
Verified Purchase
Beautiful identical twins, handsome billionaire brothers, intrigues. family secrets and plot twists. We gradually learn why the sisters are estranged and are drawn into the boardroom battles splitting the brothers which escalate into a major powerplay and a murder. The author deftly weaves her elements together creating a delightful tale.
Read more
2 people found this helpful
Helpful
Comment Report abuse
See all reviews

LeMiliere
5.0 out of 5 stars Love and Intrigue
Reviewed in the United Kingdom on August 3, 2016
Verified Purchase
This is a book about identical twins who have a love hate relationship, Blythe who is bouncy and outgoing, and Billie who lacks the belief in herself and distrusts her sister because of their shared past. Blythe is trying to reconnect with Billie to mend the rift in their relationship and is accused of a crime along with her millionaire lover, Ethan. Enter Heath, half brother to Ethan who enlists the help of Billie to find out if Blythe/Heath are guilty of the crime. Or find out who the real culprit is. I should add that Ethan and Heath do not have a good relationship, they have different father's and although they share a mother only Heath appears to have any love for her.

The love story which developed between Billie and Heath is well written as their individual characters learn to firstly trust then love each other. All the time trying to find out what is really going on and who the guilty parties are. I have to say that I really enjoyed getting to know both Billie and Heath. I did not like Ethan much, but I don't think I was meant to. Blyth was a spoilt character but did that make her guilty?

There are lots of interesting characters brought into the story and lots of action, attempted murder, blackmail, embezzlement and finally murder is all happening whilst Billie and Heath learn to trust each other then ultimately find their HEA.
Read more
Report abuse

Kindle Customer
4.0 out of 5 stars Interesting
Reviewed in Australia on September 8, 2017
Verified Purchase
Interesting plot that doesn’t immediately give away the why and how. The identical twin angle also adds a bit of uniqueness to the story.
Read more
Report abuse