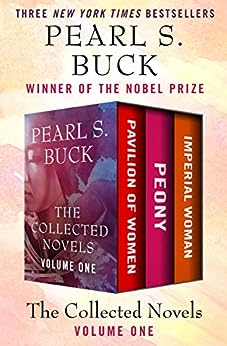 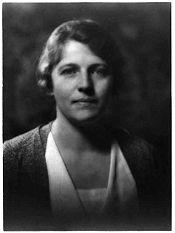 by Pearl S. Buck (Author) Format: Kindle Edition
See all formats and editions
Sorry, there was a problem loading this page. Try again.
Read more Read less
Previous page
Next page
Due to its large file size, this book may take longer to download

From the Illustrated Biography

Pearl S. Buck (1892–1973) was a bestselling and Nobel Prize–winning author. Her classic novel The Good Earth (1931) was awarded a Pulitzer Prize and William Dean Howells Medal. Born in Hillsboro, West Virginia, Buck was the daughter of missionaries and spent much of the first half of her life in China, where many of her books are set. In 1934, civil unrest in China forced Buck back to the United States. Throughout her life she worked in support of civil and women’s rights, and established Welcome House, the first international, interracial adoption agency. In addition to her highly acclaimed novels, Buck wrote two memoirs and biographies of both of her parents. For her body of work, Buck received the Nobel Prize for Literature in 1938, the first American woman to have done so. She died in Vermont.

Katherine "Kat" Rowe
5.0 out of 5 stars beautiful and fascinating
Reviewed in the United States on July 27, 2018
Verified Purchase
Pearl Buck has a way with words that makes it hard to put down one of her books once you've picked it up. In this trilogy, her intimate knowledge of (and love for) China is on full display. These particular novels all focus on female leads, but I would assume that they'll be interesting to men, too, from an anthropological viewpoint if nothing else. As always, she beautifully displays all walks of daily life in past China, the good and the bad, and extensively addresses the impact that the rapidly changing times had on the people.

My favorite of the three is Imperial Woman, which traces the life of Empress Cixi, the last Empress of China. A woman who, until quite recently, was seen in a brutally unsympathetic light by Westerners, but loved by many Chinese peasants, Buck portrays her in a sensitive but balanced light: not shying away, for instance, from some of the deaths she had ordered, or her foolish and rash acts -- often with very devastating consequences. It would stand on its own quite well as fiction. As a relatively faithful portrayal of a real human being, it becomes twice as interesting.

Carol A. Wean
5.0 out of 5 stars Great stories
Reviewed in the United States on June 3, 2018
Verified Purchase
Pearl Buck's characters assume such vivid personalities. As I read this book the characters became real.Their struggles and weaknesses
became mine. The victories and defeats - all were so colorfully depicted that I felt them with my heart.
Read more
5 people found this helpful
Helpful
Report abuse

Q's mom.
5.0 out of 5 stars Mixed impression
Reviewed in the United States on June 22, 2020
Verified Purchase
The first two in this collection were so enjoyable. I found them to be interesting, enjoyable reads. The final selection, Imperial Woman, was more history and not so novel like. Just as the Empress distanced her true self from others, I felt distanced from her. Still, I learned much about the ancient culture of China.
Read more
Helpful
Report abuse

JudeR
5.0 out of 5 stars OUTSTANDING!
Reviewed in the United States on June 4, 2019
Verified Purchase
There really no other word to describe the works of Peal S. Buck. Years ago I read a number of her books. I am just as enthralled now as I was then.
The woman was a genius with her descriptive portrayal of Chinese history and life.
I look forward to re-reading more of her books.
Read more
Helpful
Report abuse

keo
5.0 out of 5 stars A woman's author
Reviewed in the United States on October 26, 2018
Verified Purchase
Pearl Buck, a woman whose books I devour one at a time . Her sensitivity and love of the Chinese culture is embedded in each and everyone of her books .
Read more
Helpful
Report abuse

Winnie Drugsvold
4.0 out of 5 stars I always enjoy reading novels by this author, was not disappointed.
Reviewed in the United States on August 18, 2018
Verified Purchase
She draws you into another time and place, fascinating.
Read more
Helpful
Report abuse