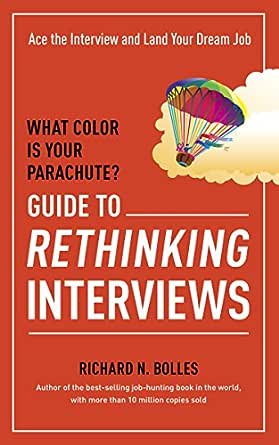 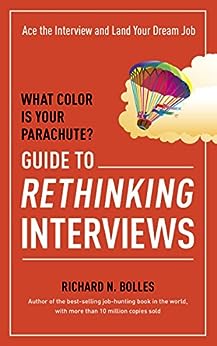 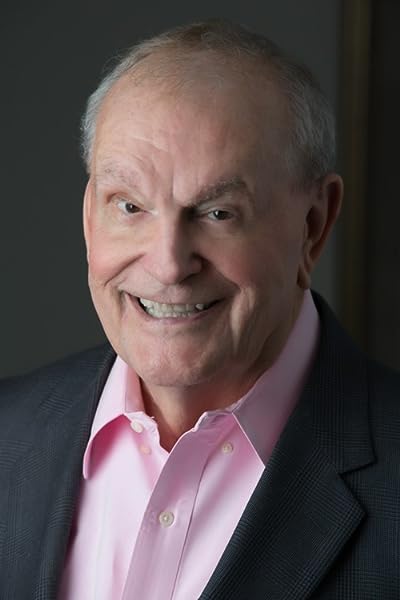 RICHARD N. BOLLES is considered to be the father of the modern career development field and is the author of the best-selling job-hunting book of all time, What Color Is Your Parachute?, which has sold more than 10 million copies in twenty languages. He has keynoted hundreds of conferences and has been featured in the New York Times, Fortune, Fast Company, the Economist, Bloomberg Businessweek, and the Wall Street Journal. He lives in the San Francisco Bay Area with his wife, Marci. --This text refers to the paperback edition.

The Three Most Important Things About Job Interviews
Boiling Things Down to Their Essence
“How to interview” is a very popular subject: in magazines, on the Internet, on YouTube, blogs, and websites. Indeed, whole books have been written about the subject. If all this advice were put together, you’d have an encyclopedia to study. But you don’t have the time, or the patience, to read all that stuff.
So, what I want to do in this small guide is to begin by boiling it all down, into a few essential ideas.
Out of all the advice that is out there, here are the three most important things to know about job interviews.

The First Most Important Thing to Know About Interviews
An interview for a job is essentially just a conversation. Let’s use the metaphor of dating. This conversation is two people—employer and job-hunter—attempting to decide whether or not you both want to try “going steady.” A conversation requires two people, not one. This is not a silent auction. You’re thinking that in the interview it’s all up to the employer. Well, that’s not true. What the employer decides is critical, of course; but so is what you, the job-hunter, decide. If you doubt this last point, meditate on the word “quit.” It’s obvious you have something to say about taking this job, either now or later. (Choose Now.)

Even if you’re at the end of your rope, flat broke, starving, and you’ve got to takeanything that comes along, at this point, you still have the right to ask intelligent questions during the interview about what you’re getting yourself into. You don’t just sit there, quietly. The job interview should always be a genuine conversation.

It is important to notice that this conversation involves two stages. Most job-hunters assume it has just one: sell the employer on the idea that you’re the best person for the job. From the minute the interview begins, sell, sell, sell.

No, no, no. A true conversation has two stages, for both participants: first, information gathering, and only then, selling yourself.

What kind of information do you as job-hunter want to gather? That’s pretty simple. You use the interview to satisfy your every curiosity about the place, the job, and the people there. You try to find out “Do I like you all? Do I want to work here?” You want to find that out now, not have to quit in two months, or somewhere down the road.

Only when you have finished your information gathering, only if you have concluded “Yes, I think I do want to work here,” do you then turn your energy toward the second phase of the conversation: marketing—selling them on the idea that You’re The One.

It goes without saying that the interview is an information-gathering process for the employer as well. You already knew that. Whether one person or a team is interviewing you, they are using the interview(s) to find out “Do we like you? Do we want you? Do you have the skills, knowledge, or experience that we really need? Do you have the right attitude that we are looking for? And, how will you fit in with our other employees?”
Only if they decide that they want you, do they then enter into their second phase: selling you on the idea that this would be a good place for you to work.

So there you have it, the first most important thing about the interview: It is a two-way conversation, between you and the employer, that has two steps for each of you: collecting information, then—and only then—selling. --This text refers to the paperback edition.

4.2 out of 5 stars
4.2 out of 5
39 customer ratings
How does Amazon calculate star ratings?
Amazon calculates a product’s star ratings based on a machine learned model instead of a raw data average. The model takes into account factors including the age of a rating, whether the ratings are from verified purchasers, and factors that establish reviewer trustworthiness.
Top Reviews

FloridaGuy88
3.0 out of 5 stars Decent refresher or beginner book.
Reviewed in the United States on August 10, 2018
Verified Purchase
Not a whole lot of earth-shattering information here, but a good book for those first out on the job hunt. For me, most of this was just common sense.
Read more
Helpful
Comment Report abuse

Leticia
3.0 out of 5 stars It's okay but are there are better books out there.
Reviewed in the United States on February 10, 2018
Verified Purchase
The book had some good advice but I would recommend looking at other books before settling on this one. I found books more targeted towards practicing interview questions at my local library.
Read more
Helpful
Comment Report abuse

Lin M
5.0 out of 5 stars Helpful - to the point
Reviewed in the United States on June 8, 2019
Verified Purchase
This is a quick read, with helpful and practical advice. It is good to learn the perspective of employers and what they are really asking in the interview.
Read more
Helpful
Comment Report abuse

mikrow
3.0 out of 5 stars Three Stars
Reviewed in the United States on May 12, 2016
Verified Purchase
Nothing I didn't know already
Read more
One person found this helpful
Helpful
Comment Report abuse

EMMACAR
5.0 out of 5 stars WORTH EVERY PENNY
Reviewed in the United States on February 20, 2015
Verified Purchase
It amazes me how this series of books 'gets it' every time! If you are looking for a job, this book is a must!
Read more
Helpful
Comment Report abuse

ilokmo
4.0 out of 5 stars Four Stars
Reviewed in the United States on September 24, 2016
Verified Purchase
Concise information to prepare you and get you in the right frame of mind for an interview.
Read more
Helpful
Comment Report abuse
See all reviews from the United States