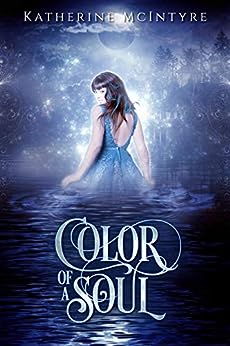 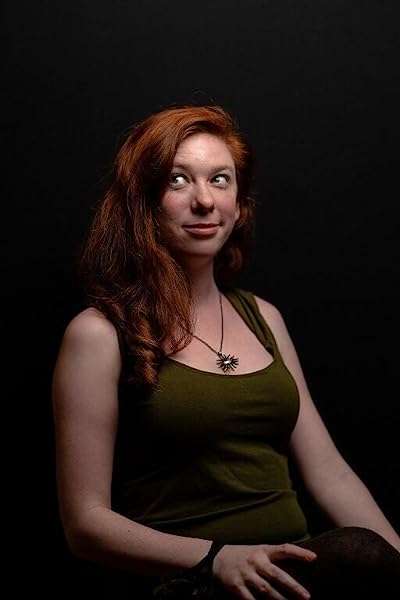 Color of a Soul Kindle Edition

Emily Pennington
TOP 500 REVIEWER
5.0 out of 5 stars Beautiful Story !!!
Reviewed in the United States on June 3, 2019
Jason Keller pulled up to the idyllic Oberon’s Inn hotel he and Sadie had booked for this vacation which he was now taking alone. She had broken their engagement, leaving him for another man, and the cost of the room was non-refundable. Even worse perhaps was that his career took a nosedive. He made a mistake on a huge corporate case and his years in forensic accounting for his firm ended in a pink slip as he walked out the door for good. Even the attendant that showed him to his room seemed to judge him for coming alone to a couple’s resort. He looked at the beautiful sun gliding off the rippling surface of the lake outside his window and tried to find some hope.

Kelsey locked up The Water’s Edge café. She would miss pounding dough for bread, grinding beans for coffee and the items she baked for the morning rush. She would have none of these back in the Otherworld. But she wanted to build her life HERE. Once the water she brought with her and put in her pond trickled to nothing, she would need to recharge back in the Otherworld before she could come here again—but that would not be for decades. Most Fae could not stay here; but the undine could, if they found a soul mate of their own. She had only days left before she had to return.

Jason wandered the streets, looking at the restaurants. He finally slipped inside to get a drink, sitting on the barstool next to a beautiful woman. Her first words were warm and welcoming, and he felt his tension lessen. When she called him Eeyore, he had to hold back a genuine grin. She was so different from Sadie, and every difference drew him closer to Kelsey. She was slowly healing him with every interaction they had. And able to read people very well, he wanted to find out more about the shadows he saw in her expression at times. Jason paid his bill and stepped outside in the lovely evening – and for the first time in a long time, he felt hope.

Jason finally located The Water’s Edge café and placed his order as they chatted. He was both shy and confident, vulnerable and closed off, and it fascinated her as no one else ever had. She invited him to her home for dinner, but arriving a half hour too soon, he heard voices in her back yard and walked toward them. To his shock, he saw an actual pixie arguing with her, flying around her head! When it saw him, it flew at him until Kelsey called the pixie back. Jason walked up to her, absolutely delighted to realize he had been right – there was always something “other” out there in the world. This proved it – and Kelsey must be part of it to be so comfortable conversing with the pixie! She stepped forward and took his hands and he thought he upset her. But she was actually overwhelmed at his full acceptance of her world! Could he be the one she had been looking for? Her soulmate? Her love? And was there enough time for them to fall deeply in love so she didn’t have to leave her life here?

This was a lovely story that captured the heart and emotions. The author was able to paint the scenes so realistically that it felt like the reader could see everything and was right there in the middle of it. The characters had a beautiful and gentle interaction at their first and subsequent meetings where the reader could see how each saw something in the other and could heal it or accept it, which itself brought healing. It was fascinating and delightful how the story spun out and filled two people with hope and something more. Grab your copy – you won’t be experiencing words on a page, but rather a touch on your emotions. You don’t want to pass this one by!
Read more
One person found this helpful
Helpful
Report abuse

LAS Reviewer
3.0 out of 5 stars Good Reading
Reviewed in the United States on June 3, 2019
Sometimes love appears when no one was expecting it.

As someone who has visited Niagara-on-the-Lake on more than one occasion, I was pleased with how accurate the descriptions were of this area. It appeared to me that the author had done her research well on this topic because the places she described sounded exactly like my experiences with that part of the world. She couldn’t have done a more thorough job on the setting, and this accuracy was one of my favorite parts of the storyline.

This story would have benefited from more character development. All of the characters felt flat to me, especially Kelsey and Jason. The narrator described what they looked like in great detail, but there wasn’t the same kind of attention paid to their personalities or to showing how they’d changed as a result of the things that happened to them throughout the course of the plot. I had trouble remaining interested in what would happen to them next due to this problem.

The genre mixing was handled nicely. If I were going to describe it to someone else, I’d have a hard time deciding whether to call it fantasy or romance. It honestly fit into both of those genres equally, and that was a good thing! There’s definitely something to be said for a tale that knows how to do this as smoothly as this one did.

I’d recommend Color of a Soul to fans of the paranormal fantasy and romance genres alike.

Jamie Bee
TOP 50 REVIEWER
5.0 out of 5 stars Can She Find Her Soulmate Before It Is Too Late?
Reviewed in the United States on June 3, 2019
Jason is at a tourist location on Lake Ontario that was supposed to have been a special getaway spot for him and his near fiancee, but she broke up with him. Unfortunately, the place they were to stay has a no-refund policy, so he decided to take the romantic vacation by himself. Here, he meets Kelsey, and they fall into a surprisingly easy and empathy-provoking conversation. She is quite unlike any other woman he's met, but that is an understatement! She's not a woman but rather an undine. She has come from the Otherworld and only has a few days left on Earth before she must go back to her Realm because she has been unsuccessful in finding her soulmate. To remain on Earth, she needs to join with another soul.

Some writing in this was a little awkward, but still the author was able to convey the feelings of both of these characters convincingly. I can sense how Jason was at a true crossroads in his life, not only losing his girl but his job as well; it was fun to see him perk up and come alive in his discussions and interactions with Kelsey. For our heroine’s part, it was lovely to see her unfolding wonder as she began to realize that Jason had potential to be the one, first in his acceptance and understanding and then in his obvious growing affection. The author did an excellent job describing the scenes and the settings—I felt like I could visualize them—though I wished at the end that she had given a little more detail on the exact undine-soulmate process that had to take place. I think that could have been fascinating to read if it were like the other well-done descriptions. I loved that first scene with the pixie!

I felt like this story needs a little more conflict and tension because the middle was mostly just delightful scenes between the hero and heroine. Still, though, I did enjoy these characters and their story. I like that the author has a brief epilogue that shows how they fare.

I received a free copy of this book, but that did not affect my review.
Read more
One person found this helpful
Helpful
Report abuse
See all reviews
Back to top
Get to Know Us
Make Money with Us
Amazon Payment Products
Let Us Help You
EnglishChoose a language for shopping. United StatesChoose a country/region for shopping.
© 1996-2021, Amazon.com, Inc. or its affiliates