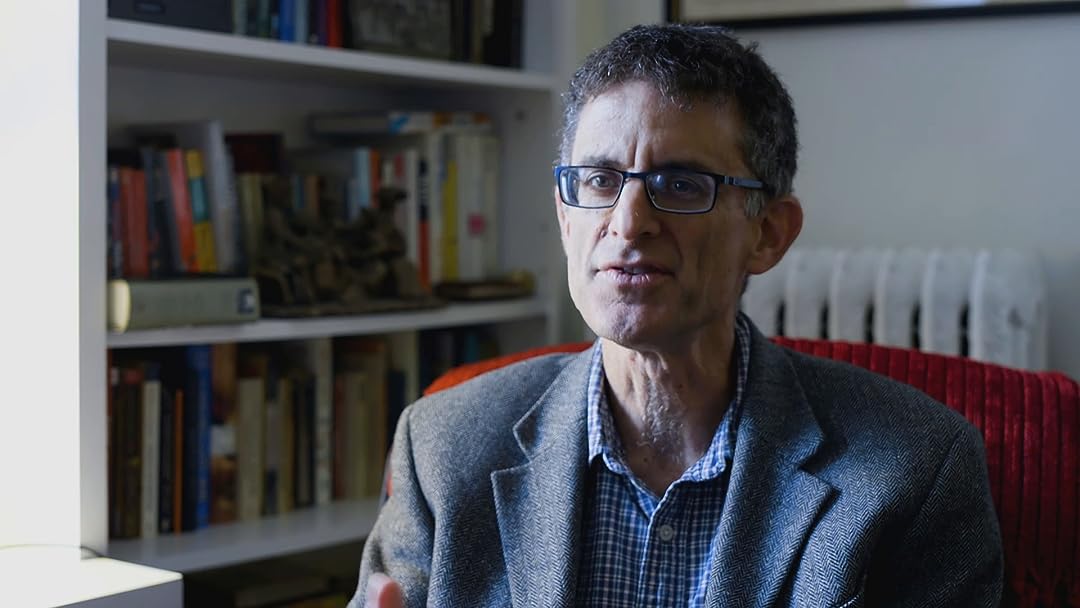 (57)
6.01 h 28 min201816+
How did Christopher Columbus, the man who first brutalized the inhabitants of the New World, become a hero in a nation guilty of its own atrocities against Indigenous peoples? The controversy surrounding one of America's most useful and enduring symbols is reignited every year, as a generation of people raised on instant access to information are learning what isn't taught in class.

g3amazonReviewed in the United States on March 4, 2021
4.0 out of 5 stars
There is a reason why it's called His-story
Verified purchase
It has been proven often that the one with the best weapons or the cruelest leaders gets to write the end of the story and its perception over time. I highly doubt Columbus day will ever be thrown out, though I like the idea that celebrations of Indigenous Peoples Day are starting to happen in more and more places. What a terrible idea to think we could have both. GASP! This was just a story about how the religions of Europe set out to force-feed their brand of god on whomever they happened to come in contact with. That scenario has played out all over the globe not just in North America; the idea that I'm going to show up and force you to believe what I do and if you don't play along I'll make you a slave, and if you make that too difficult I'll just kill you and take your stuff. The mention early in the movie of using Columbus's own diary as some of the source material for this was a great idea. No one can undo any of what has transpired over the past 500 years, though at this point in time we should at least be able to look at what happened rationally. For some folks that is absolutely impossible because it treads on something that comes from the churches and history is full of what occurs when those institutions are questioned. We can't fix everything, though if we don't acknowledge there is stuff to fix we will never fix anything.

NMReviewed in the United States on February 22, 2019
4.0 out of 5 stars
I learned the name of the people Columbus "discovered".
Verified purchase
I can see where some might say that this documentary has some political leanings, and that it might be pushing an agenda. I found it to be both educational and thought provoking. Then again, waaaay back in High School one of our teachers asked us how someone could "discover" a place if there were ALREADY people living there, and we agreed it was a good point. Discover Antarctica - yes. America - not so much.

I found it interesting that the program named the people inhabiting the Caribbean islands as "Taíno". Odd that in all the various courses and classes I ever sat through that mentioned Columbus, this little detail never came up and I never noticed it was omitted. Reminded me of when I learned what happened to Jesse Owens after he returned to the US from the Berlin Olympics, and that he wasn't invited to the White House till... ...1976. Basically that a lot stuff doesn't seem to make it into those pesky history books.

So far as the push to Change All Things Columbus, it was fascinating to see their map listing the Number Of Places Named After Columbus, as well as the origins and use of the word "Columbia". I recall a certain South Park episode, but if there is a push to remove Columbus's name/influence en masse as an act of historical revisionism, would there then be plans to rename Washington D.C. (District of Columbia) to something else? I believe their intent was merely to show the influence of the name/mythos, not make a literal case to change everything everywhere.

A.M.Reviewed in the United States on October 11, 2020
5.0 out of 5 stars
Foregrounding the voices of the historically silenced.
Verified purchase
This is so important. If you have not yet read Howard Zinn's A People's History of the United States or An Indigenous People's History of the United States by Roxanne Dunbar-Ortiz, this is a great intro to see if you want to dive deeper into hidden American history. I was one of the young people who felt betrayed by teachers and administrators who kept the truth from me; not learning about the genocide and terror of Indigenous peoples until going to college. When you know better, you do better. Let's do better by prioritizing the most vulnerable among us. The people who gave this doc a one-star review because it was "political" have their heads in the sand. The act of schooling is political. Also, the "All people have good and bad inside them." excuse holds no weight. No. It's always been bad to commodify, enslave and murder other humans. Always.
One person found this helpful

ALLAN J BOBORReviewed in the United States on November 25, 2018
1.0 out of 5 stars
A sad political film not a documentry
Verified purchase
At one point in the film they mention how historical figures were just men and this is correct no one is all good and no one is all bad people are just not that consistent most of us are somewhere in the middle.
We all have virtues and we have faults and this is true of historical figures but they are almost always people who achieved something that 99.9 percent of others could not.
This film distorts the history by omission of nearly all of the good in their target Columbus while using the art of omission to paint their victims the indigenous peoples as pure unspoiled examples of virtue.
Neither portrayal is historically accurate this film is a perfect example of why people who who are going to teach science or history NEED to leave their political views at home or at least be honest with people and tell them they are teaching politics.
In my opinion if you can look at and judge what you are teaching through a modern political lens than you are not teaching you are politicking.

To this point you see in the first 90 seconds of this film marches and protests against Columbus this basically informs the viewer that your historical guide / teacher is judging the historical events and people not informing or teaching about them their goal is to make a political point and hopefully persuade you to agree.
Do not waste your time on political history books or films take the time and find objective source material.
We have enough politics in our lives these days what we need is information and education our democratically elected republic will not survive without an educated populace.
Conversely any dictatorship can and will thrive with a purely indoctrinated populace and that is what history like this offers indoctrination not education.
They did not even inform viewers of the real reason Columbus set out on his voyage most likely because it would have cast an unpleasant light upon one of their favored minority groups.
Total waste of time .
30 people found this helpful

Monique ChericeReviewed in the United States on October 9, 2019
4.0 out of 5 stars
An uncomfortable truth for many
Verified purchase
When viewing these negative posts, its clear that facts about the brutality of Columbus is an uncomfortable truth for many people. We all need to read more and search for the truth and FACTS regardless of what we want the facts to be. If this film disturbs you then read! There are plenty of history books at the library about Columbus and none of them reflect someone I would want my child to celebrate as a hero. Facts first!
12 people found this helpful

Amazon CustomerReviewed in the United States on September 28, 2018
5.0 out of 5 stars
The truth about Columbus is told in an eye opening, educational and emotionally captivating way.
Verified purchase
I am in shock to learn the truth about this man. We are taught from an early age that he is a hero, a symbol of America, a patriot. He was none of these things. He murdered and tortured innocent people. He took away their lives and happiness. He created a hell on earth and shattered the hopes and dreams of those who stood in the way of his greed. This documentary was exceptional. It shows how varying ethnic groups around the world perceive Columbus and how the U.S. has been believing one of histories biggest lies. Please watch this and educate yourselves!
23 people found this helpful

N. K. RichReviewed in the United States on June 10, 2021
2.0 out of 5 stars
Horrible sound track
Verified purchase
I was expecting a historical review of the topic, Christopher Columbus and the taking of the Americas. I wasn't expecting an animated horror fest showing the atrocities backed by insane strings and ominous chorale work. Frankly, I don't know anything new about the topic; I just have images seared into my retinas that don't inspire, excite, education or enlighten.

Adam CaressReviewed in the United States on October 6, 2020
5.0 out of 5 stars
Excellent and Necessary Corrective to Pervasive Pro-Columbus Narratives
Verified purchase
Watched this with my children. A great part of why we homeschool is so our children aren't subject to the American exceptionalist/patriotic propaganda in schools that this documentary so necessarily calls out. This documentary is essential viewing, not just for school children, but for all Americans.
See all reviews
Back to top
Get to Know Us
Make Money with Us
Amazon Payment Products
Let Us Help You
EnglishChoose a language for shopping. United StatesChoose a country/region for shopping.
© 1996-2022, Amazon.com, Inc. or its affiliates