The Comeback: How Innovation Will Restore the American Dream and millions of other books are available for Amazon Kindle. Learn more

Sold by: Page Turner_s Emporium
$24.95
& FREE Shipping on eligible orders. Details
Sold by: Amazon.com
Have one to sell?
Sell on Amazon 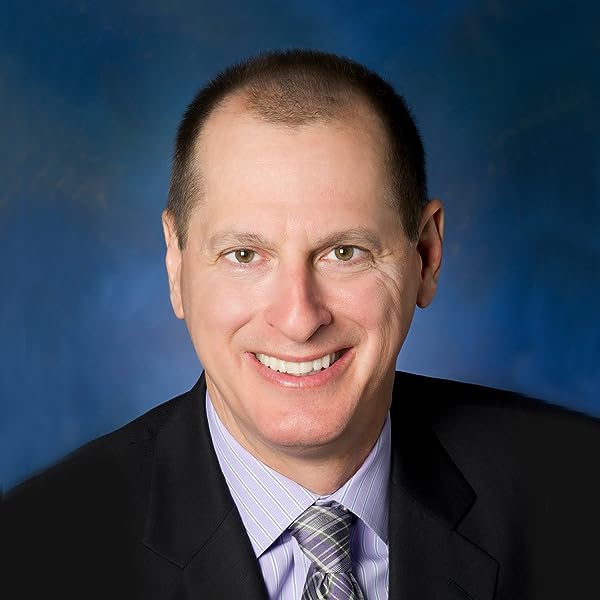 The Comeback: How Innovation Will Restore the American Dream Hardcover – January 10, 2011

As head of the Consumer Electronics Association, first time author Shapiro might be described as a high-tech lobbyist, but readers hoping to learn about the latest innovations in the tech world are in for a disappointment. This is a book about policy, not technology, from an unabashed proponent of the conservative agenda. Shapiro begins with a fascinating personal anecdote from July 2008. He was in Qingdao, China when his Chinese counterpart, circumventing the tedious translation process, used a thumbs up-thumbs down gesture and said, in English, "China going up...U.S. going down." After initial outrage, Shapiro has come to agree. His prescription for success includes tried-and-true Republican remedies like curtailing the power of government and lowering corporate taxes. He opposes unemployment payments extension, subsidies of state liabilities, and "every increase in public pensions, Medicare, Social Security, and prescription drug and health-care coverage." Not only does he advocate raising the age of Social Security eligibility, but also instituting a means test. While his reflections on the introduction of digital technology are interesting, for the rest: caveat emptor. (Feb.)
(c) Copyright PWxyz, LLC. All rights reserved.

Like a losing coach on "Friday Night Lights," [Gary Shapiro] sets out to create a playbook for restoring the U.S. to economic pre-eminence. Mr. Shapiro focuses on innovation, which he argues is the nation's great competitive advantage, the source of American exceptionalism. It is easy to think of innovation as something that just happens, but it is in fact embedded in a social and political matrix. In "The Comeback" he details the policies that, he believes, will allow innovation to flourish. His recipe is a familiar one but not yet familiar enough to engage the preoccupied minds of warring political parties in Washington. Why is it that less government is the right answer in the U.S. while government is a critical driver of China's economic success? Perhaps he should make that the subject of his next book.

Read more
Start reading The Comeback: How Innovation Will Restore the American Dream on your Kindle in under a minute.

4.0 out of 5 stars
4 out of 5
41 global ratings
How are ratings calculated?
To calculate the overall star rating and percentage breakdown by star, we don’t use a simple average. Instead, our system considers things like how recent a review is and if the reviewer bought the item on Amazon. It also analyzes reviews to verify trustworthiness.
Top reviews

Chris Kenst
3.0 out of 5 stars The Comeback by Gary Shapiro Kindle Edition
Reviewed in the United States on June 17, 2011
Verified Purchase
The defining moment came after a visit to China in July of 2008 while attending SINOCES, the Consumer Electronics Show (CES) of China. When the speeches ended and the entertainment hadn't yet begun, the top Chinese official at the event turned to Gary, pointed his thumb in the air and said in English "China going up." Then he turned his thumb down and said "U.S. going down."

It took some time for Gary to get over the comments but he later came to realize the United States is falling further and further behind other countries and it's starting to have an impact on a national level. This book sets out to frame those problems by describing what America does best: create entrepreneurs and innovate and what it needs to work on: immigration, education, free trade, government spending, health care and a national energy plan. Gary provides data and examples of the problems and then outlines some solutions for the problems in practical and political terms.

I purchased The Comeback after I went to CES in Las Vegas. Gary Shapiro is president of the Consumer Electronic Association which runs CES. During one of the first days I saw him moderate a forum with a number of high profile executives about the problems they see operating in the world and within the U.S. It was an interesting global perspective and I figured this book would elaborate on that perspective.

Gary sites some interesting statistics to backup his positions on fixing America. For example he believes foreign students, who come here to get the best college education in the world, should be given citizenship. He references a study that says people who immigrate to the U.S. are 60% more likely to start their own companies than people born here. That's a pretty incredible figure. He also proposes that most of the students in America's top medical schools are foreign born and that we are dumb for forcing these bright minds to leave. We educate them and we should keep their talent.

However most of the issues brought up aren't new. The majority of solutions he provides are middle of the road in political terms. He takes a typical business point of view to politics: small government, lower taxes (we have the 2nd highest corporate tax rate in the world), free trade, not enough talented / skilled people, let any company fail no matter what, etc. In my opinion he greatly overuses the newest buzz word "Innovation". Overall this book is a quick and interesting read but not earth shattering.
Read more
7 people found this helpful
Helpful
Report abuse

Jacob Sigal
5.0 out of 5 stars Thought Provoking
Reviewed in the United States on February 5, 2011
Verified Purchase
After reading The Comeback by Gary Shapiro I was left with many feelings about what changes need to happen to move our economy forward. While I don't agree with every point that Gary makes in his book it feels as if I am having a conversation in a Starbucks with him every chapter. Even the views I don't necessarily agree with there is a strong recurring message about the requirement for innovation for job creation.

If you are looking to get some insight on what REAL changes we need to make NOW to get the US back on coarse pick up the book. It's a good airplane read and will definitely leave you with a mixed bag of feelings and no less than a handful of good ideas.

If you are in the technology space this is should be required reading.
Read more
2 people found this helpful
Helpful
Report abuse

James Eckard
4.0 out of 5 stars Great read with encouraging ideology
Reviewed in the United States on August 4, 2017
Verified Purchase
Gary Shapiro uses common sense and non-partisan arguments to provide a framework on how our nation can resurge as a superpower. I agree with Mr. Shapiro's comments and full-heartedly believe that the only way to maintain our competitiveness and wealth is through private industry and innovation.
Read more
Helpful
Report abuse

toddat
5.0 out of 5 stars Engaging and comprehensive
Reviewed in the United States on January 26, 2011
Verified Purchase
The Comeback is one of those rare looks at our political economy that is simultaneously well researched, balanced, engaging, educational and accessible to a wide range of audiences. The author utilizes the totality of his deep and rich set of personal and business experiences, along with a number of well chosen historical examples and anecdotes, to illuminate the issues and put creative prescriptions on the table. When it comes to prescriptions, The Comeback provides the most comprehensive set of directions for policy makers and regulators, and also gives business leaders a playbook for pushing the offensive to create a better America, a more innovative America. The narrative is infused with energy, stories and recognition of actors along the way who are making a difference.

Consumed in any order, The Comeback is a great complement to another terrific book  Winner-Take-All Politics . I would encourage you to read both.
Read more
2 people found this helpful
Helpful
Report abuse

David E. Leibowitz
5.0 out of 5 stars A Playbook for our Nation's Recovery
Reviewed in the United States on February 7, 2011
Verified Purchase
The publication of The Comeback by Gary Shapiro couldn't come at a more critical time in our nation's history. While our country "appears" to be on the road to an economic recovery, it's foundation and infrastructure remain in rapid decline as we grow our national debt beyond already perilous levels. The Comeback underscores the importance of our nurturing an environment where entrepreneurship and innovation can not only thrive, but also enhance our welfare and standing in today's global economy.

Through his long-standing position as CEO of the Consumer Electronics Association and its annual International Consumer Electronics Show, Shapiro has had a cat-bird seat on how technology and innovation have improved our lives and productivity. In The Comeback, Shapiro builds upon these experiences, laying out a roadmap of common sense recommendations that should be "must reading" by our government officials and policy makers, tackling such challenges as reducing our deficit, empowering small businesses, promoting greater emphasis on math and science education, relaxing immigration restrictions on scientists and engineers, reallocating U.S. spectrum for wireless purposes, and transforming our health care system through technological innovation and know-how.

While one may not agree with every one of Shapiro's recommendations, each of these issues must be tackled as soon as possible, and Shapiro's views should at minimum help shape the debate and foster consensus solutions. Delay simply is no longer an option.
Read more
2 people found this helpful
Helpful
Report abuse
See all reviews
Back to top
Get to Know Us
Make Money with Us
Amazon Payment Products
Let Us Help You
EnglishChoose a language for shopping. United StatesChoose a country/region for shopping.
© 1996-2021, Amazon.com, Inc. or its affiliates