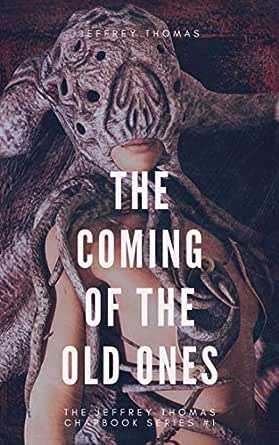 You've subscribed to The Jeffrey Thomas Chapbook Series! We will preorder your items within 24 hours of when they become available. When new books are released, we'll charge your default payment method for the lowest price available during the pre-order period.
Update your device or payment method, cancel individual pre-orders or your subscription at
Your Memberships & Subscriptions
There was an error. We were unable to process your subscription due to an error. Please refresh and try again. 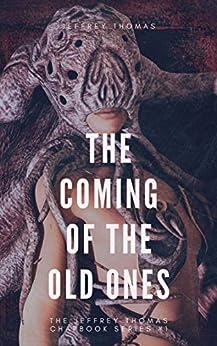 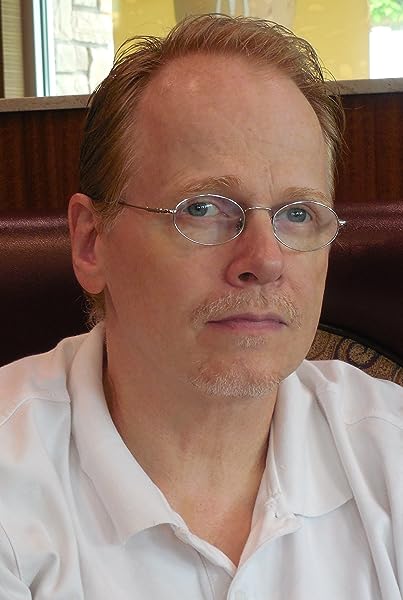 The Coming of the Old Ones: A Trio of Lovecraftian Stories (The Jeffrey Thomas Chapbook Series 1) Kindle Edition 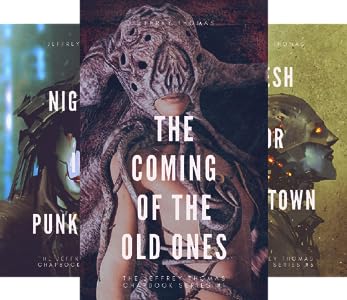 4.1 out of 5 stars
4.1 out of 5
18 customer ratings
How does Amazon calculate star ratings?
Amazon calculates a product’s star ratings based on a machine learned model instead of a raw data average. The model takes into account factors including the age of a rating, whether the ratings are from verified purchasers, and factors that establish reviewer trustworthiness.
Top reviews

Zachary Williams
4.0 out of 5 stars So very close to perfect.
Reviewed in the United States on June 25, 2020
Verified Purchase
The first two stories are chilling new age lovecraft but the last story,even tho it wasn't horrible, was just okay. If anything the author didn't know if he wanted it to be sci fi or horror, and wasn't explained very well. Over all A-.
Read more
One person found this helpful
Helpful
Comment Report abuse

JoAnna "Mojo" Redman-Smith
5.0 out of 5 stars Cosmic horror, everyday life.
Reviewed in the United States on December 21, 2019
Verified Purchase
These stories capture the sense of subtle wrongness that marks the best Cosmic horror. The difference is that Thomas gives us a glimpse of how humanity might respond if some small part of that horror became a part of our everyday lives.
Read more
2 people found this helpful
Helpful
Comment Report abuse

Michael Regina
4.0 out of 5 stars A fantastic quick read of unsettling stories
Reviewed in the United States on June 23, 2020
Verified Purchase
I grabbed this eBook on a whim, excited to try something new that I could work through quickly. Man, I was not disappointed. Davis is a fantastic writer, and each story resonated with me and pulled me in deeper. What he does so well in such a short space is provide real characters that I understand and empathize with. While also plunging me into darkness! He's the kind of writer whose voice is apparent and I mean that in the best way possible.

timothy williams
4.0 out of 5 stars Atmospheric and unsettling.
Reviewed in the United States on July 3, 2020
Verified Purchase
I really enjoyed "After the Fall". It was the strongest of the trio for me. It you enjoy stories with less action and plenty of atmosphere and tension, give these a shot.
Read more
One person found this helpful
Helpful
Comment Report abuse

Edward Z
5.0 out of 5 stars "It causes one’s imagination to soar, does it not?”
Reviewed in the United States on October 20, 2019
Three Lovecraftian tales that while all offer three very different ideas share the general idea of another dimension overlapping and partially entering into our own and people who try to use this to their advantage in some way, or at least attempt to maintain some sense of normalcy.

Around the Corner - A man who lives in an apartment complex notices his building shifting and a strange purple light, and seeing these things often gives him a headache. He has a bad past that involves a "deprogrammer". He meets a new woman who though he is at first attracted to, is soon turned off by her possibly cultlike ways... It's a well written and done story, but if you are familiar with this stuff you know where it is all going from page one.

I did love the comments on apartment life, about how the smells and sounds are and just generally living around so many people in a close space and found them very relatable, minus of course the Lovecraftian stuff. (Maybe.)

After the Fall - A wind storm goes through the entire world all at the same time, and when it is through and visibility is restored the sky becomes filled with the remains of gigantic strange looking creatures that can barely be comprehended. We follow a husband, who is thinking of divorcing his wife. He wants to go to his side of the family's BBQ get together, but his wife finds this ridiculous because of the huge monster things in the sky. He says life must go on as normal everywhere until something happens, and while we go along with him there is much musing on life and cosmic horror. I really enjoyed this one, it just hits the themes all so well.

Scrimshaw - This is an alternate history story set in 1851, which I had to take that right from the store page because I didn't completely understand that while reading it, it was incredibly odd. Giant creatures yet again overlap into our world, this time called the Fallen. They are harvested by sailors and the way they do that is not unlike whaling I suppose. They find strange items on these creatures that they use for all sorts of purposes. The only problem is, the creatures have begun to start screaming in pain, and they keep getting louder and louder...

The main character is a worker aboard one such ship, and he also falls in love with the beautiful wife of the very jealous captain of the ship, which of course causes problems...

This one is also incredibly well written and done, but I had a hard time making sense of it at times, and imagining the scenes harvesting on the Fallen were difficult for me. But I enjoyed the strangeness of it and it was certainly original.

I had a lot of fun with the weirdness of this collection and trying to imagine some of the otherworldly creatures that can't be comprehended. It also offered quite an intelligent look at people trying to cope with the usual themes of cosmicism in their own ways.
Read more
5 people found this helpful
Helpful
Comment Report abuse

Deviant Eris
3.0 out of 5 stars Too short!!!
Reviewed in the United States on April 18, 2020
These stories were GREAT but were WAY too short! It was like sitting down to a bowl of soup on a cold day and spilling it halfway through and finding it was the last of the pot. I was interested and investing the stories but they did not go anywhere.
Read more
3 people found this helpful
Helpful
Comment Report abuse

Dave CarverTop Contributor: Fantasy Books
3.0 out of 5 stars Two out of three ain’t bad
Reviewed in the United States on August 6, 2020
Three short stories make for an easy read. The middle one didn’t make much sense and left me a bit confused. The first one tells the story of a tenement where The ancient ones are worshiped by a roving family. The third one is worth the price of admission and is a very unique take on what happens when an ancient one falls to earth in death and is harvested by the locals.
Read more
Helpful
Comment Report abuse

P_Haag
5.0 out of 5 stars Quick Read in the Style of Lovecraft
Reviewed in the United States on June 12, 2020
I really enjoyed these short stories particularly After the Fall. A strange weather event reveals in the sky the bones (fossils) of ancient gigantic monsters who battled to their deaths. I would find this disturbing. It's a story that should be expanded and done as a movie or TV episode.
Read more
Helpful
Comment Report abuse
See all reviews from the United States