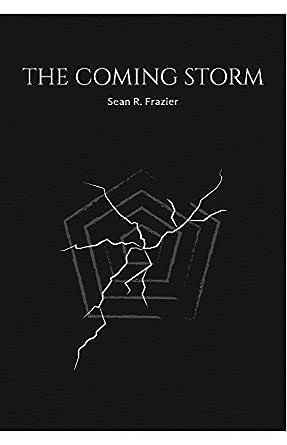 You've subscribed to The Forgotten Years! We will preorder your items within 24 hours of when they become available. When new books are released, we'll charge your default payment method for the lowest price available during the pre-order period.
Update your device or payment method, cancel individual pre-orders or your subscription at
Your Memberships & Subscriptions
There was an error. We were unable to process your subscription due to an error. Please refresh and try again. 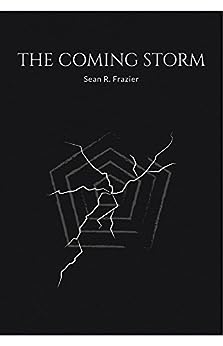 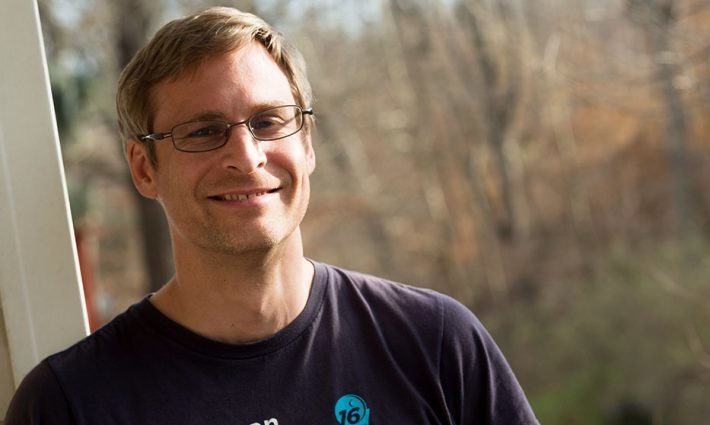 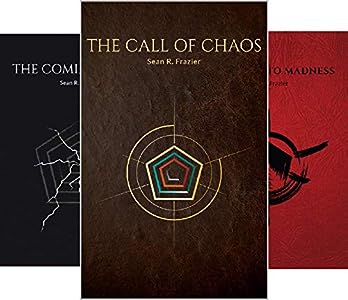 Lori Turner
5.0 out of 5 stars Great and unique storyline.
Reviewed in the United States on February 7, 2019
Verified Purchase
I love how the characters are developing. I’ve read a few fantasies but this one is unique. The idea of the threads is quite original. The story grabs my attention and keeps me reading. There are so many twists and turns there is no way to predict what’s going to happen next. I am looking forward to the next book in the series. Good work Sean!!!!
Read more
Helpful
Comment Report abuse

Matthew Cesca
5.0 out of 5 stars Enjoyable fantasy tale
Reviewed in the United States on May 20, 2020
Verified Purchase
Another solid outing in Sean Frazier’s Forgotten Years series. I enjoyed this book more than the first and could see the author’s growth as he dug deeper into the series. I can’t help but root for the characters in this story, and am excited to dive into book 3.
Read more
Helpful
Comment Report abuse

Mary Kelly
5.0 out of 5 stars Very engaging series with great characters
Reviewed in the United States on July 8, 2018
Verified Purchase
My daughter and I are enjoying reading this series together. She is 8 and likes the fact that she is reading a grown up book. There is some violence (they are battling orcs and trolls and such) and a bit of language, but nothing over the top or gratuitous. It has great characters and an elaborate plot. The descriptions of people and places are very detailed. My daughter and her friend who is also reading the book talk about it and create their own games based on the characters. I love that there is a strong female character among the main characters. We are looking forward to the next book in the series. While we wait we will reread the first two.
Read more
Helpful
Comment Report abuse

Brian Lehmann
5.0 out of 5 stars Even Better Than the First
Reviewed in the United States on March 13, 2018
Verified Purchase
As you might expect of a new writer, the second book is even better than the first. Why are mythical beings becoming common, and what's to stop them from overrunning everything? These are questions I'm looking forward to seeing answered in Book 3, hopefully out soon!
Read more
Helpful
Comment Report abuse

G. Hines
4.0 out of 5 stars Great sequel!
Reviewed in the United States on October 15, 2019
I enjoyed the first book in the series, and while it had its shortcomings, I was not disappointed by this sequel!

The world continues to expand in book 2, and in a lot of surprising and exciting ways. More details are fleshed out and ancient backstories continue to trickle in. I enjoyed the role of the Red Swords and the viewpoints offered from some of its members, all of which added a much-needed dimension to the world's scope. The adventure feels much bigger here as the mysteries continue to unravel. What I found most delightful were the creepy, eerie moments that made my skin crawl, something the prequel didn't do.

The same drawbacks were present, such as narrative redundancy and skipping events that I would've liked to see only to have the characters merely look back on. However, those drawbacks weren't worsened, nor were any new ones presented, all while the good parts were expanded and added to. In summary, the good far outweighs the bad.

With The Coming Storm, I believe The Forgotten Years series is moving in a great direction. I look forward to continuing it (book 3 just came in the mail a few days ago) because now I'm hooked!
Read more
Helpful
Comment Report abuse

Cheree~For Love of Books4
5.0 out of 5 stars Keeps pulling me in more and more
Reviewed in the United States on November 12, 2017
Great continuation of an awesome story. Some time has gone by since we last visited with our friends, and a LOT has changed. Cor'il is a wanted man, and that's only the beginning! Dalinil is... different, kind of angry, we only see a little of him tho. Kendra is still awesome and totally my favorite character. We get so much more of the story in this second book, and maybe a few more questions too. This world is really starting to unfold, and I am so excited to see what happens and is revealed next!
Read more
One person found this helpful
Helpful
Comment Report abuse

JCA
4.0 out of 5 stars Great Continuation
Reviewed in the United States on April 25, 2019
The second installment in this series was a great. Even though it was longer than the first book, I finished it faster. The world drew me in more than the first in the series and the dialogue improved in that it felt more genuine, especially with Kendra. The things Cor'il discovered helped me understand the world a lot more and drew me in, making me think what's going to happen next. And the Madness -- what a terrifically horrifying concept. Can't wait to dig into the next book.
Read more
Helpful
Comment Report abuse

Mandy Lawson
5.0 out of 5 stars Sean does it again
Reviewed in the United States on May 26, 2019
Where do I even begin? The imagery of The Madness and the entire realm is completely engaging. I've fallen in love with Cor'il and his friends. I was on the edge of my seat and was left wanting more. I giggled, gagged, cried, and screamed. Sean gives us trolls, orcs, and friendship. What more could you want?
This story is magical. This is not a genre that I typically read and I got sucked in quickly. When you finish this one, go get Descent into Madness. You won't be sorry.
Read more
Helpful
Comment Report abuse
See all reviews

C. Windisch
5.0 out of 5 stars Exciting read!
Reviewed in Germany on April 28, 2018
Verified Purchase
Amazing read! If you read already read THE CALL OF CHAOS you will definitely enjoy this book.
I would rate it higher than the first, because the story is even more exciting. You learn more about the characters and their background and history. Exciting and fun! Even for a non-fantasy reader.
Can’t wait for the 3rd strike of Sean R. Frazier.
Read more
Report abuse
Translate review to English
See all reviews