You've subscribed to Wars of the Roses Brides! We will preorder your items within 24 hours of when they become available. When new books are released, we'll charge your default payment method for the lowest price available during the pre-order period.
Update your device or payment method, cancel individual pre-orders or your subscription at
Your Memberships & Subscriptions
There was an error. We were unable to process your subscription due to an error. Please refresh and try again. 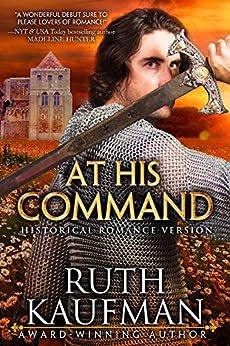 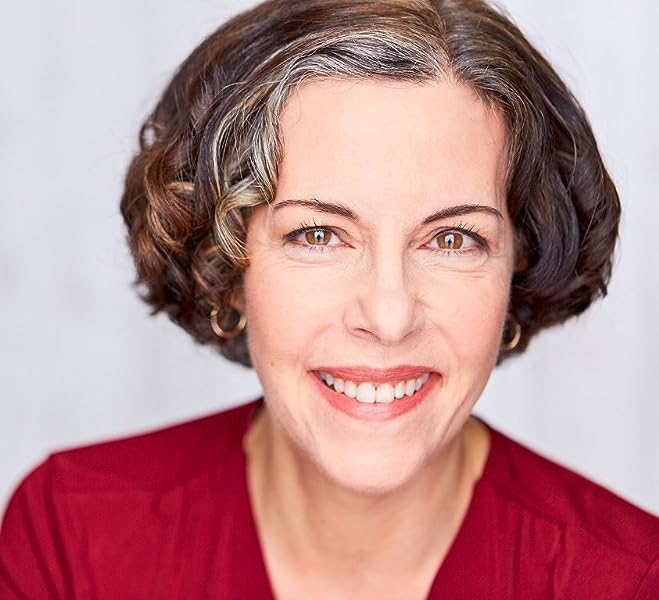 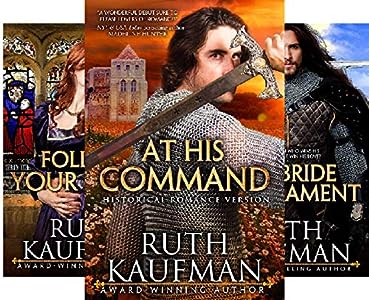 3.9 out of 5 stars
3.9 out of 5
99 global ratings
How are ratings calculated?
To calculate the overall star rating and percentage breakdown by star, we don’t use a simple average. Instead, our system considers things like how recent a review is and if the reviewer bought the item on Amazon. It also analyzes reviews to verify trustworthiness.
Top reviews

bookworm2bookworm
5.0 out of 5 stars If a book lingers in my mind for more than 2 weeks, I say it's a keeper!
Reviewed in the United States on February 24, 2015
Verified Purchase
Medievals are not my usual fare, as you know. I’m more of a Regency/Victorian era chick. However, this book’s blurb intrigued almost as much as the fact that the author is offering her readers two versions of it, one with and the other without sexual content. I opted to read the one with.

I must admit that after I was done reading it, I wondered why I am not reading this particular genre more often. There's something mystical in a good medieval romance. I credit the authors prose and wonderful descriptions of knights and court life, which have drawn me into another time and place. What an awesome way to learn History! One of the great things about this book was the way it showed the intrigue of the court of Henry VI.

Reading this book was like watching a movie. All the historical details enhanced the intriguing plot, while the relationship between our hero and heroine kept the story moving at a fast pace. While the story is very detailed, it never detracts from the storyline, but rather adds to it and makes it more real.

This is Ruth Kaufman’s debut novel and a wonderful start to a series. She gave us two complex and intriguing characters as well as an interesting and entertaining plot, and mixed with some historical figures of that era, this was a fascinating read.

And if a book lingers in my mind for more than two weeks, then I say the author has certainly deserved to be put on my keeper shelf.

Space Cowgirl
5.0 out of 5 stars Third Or Fourth Time💍👰Is a Charm
Reviewed in the United States on December 15, 2018
Verified Purchase
I loved this book📕, although it may be too angsty for some readers. Some of the characters are real people in English History, but The story is fiction.

The main character, a wealthy young widow, Amice💃💋, is a niece of Cromwell, and thus comes under The scrutiny of King Henry👑.
She didn't like her first husband, a duke, but he did leave her the castle🏰, the lands, and all his money💰, cutting out his brother, Harry👺, completely.
Harry👺 has it in his mind to force Amice💃💋 to marry him, but it's not legal or allowed by English law. That doesn't deter Harry👺! He tries to abduct her several times.

Along comes Sir Nicholas🐺🔪, sent by the 👑King, to take Amice💃💋 to court in London, where she will have to marry William, a war hero that will give Henry 👑a political advantage.

Problem. Nicholas🐺, Henry's main Knight🐺🔪 man, falls in love with Amice💃💋, and she with him. Amice💃💋 just wants to live on her estate and be with her people.

Henry👑manipulates his subjects like men on a chessboard!
Nicholas🐺🔪 wants to serve and obey his 👑King, but will he get pushed too far?
How many husbands should one woman be forced to marry👰?
Read more
One person found this helpful
Helpful
Report abuse

incir
1.0 out of 5 stars I wanted to like it ...
Reviewed in the United States on December 4, 2019
Verified Purchase
but I really really didn't. It came highly recommended by someone I trust, but it was just sooooo bad.

There were a few redeeming features of this book. The history was well researched and the writing used correct grammar and good sentence structure.

The bad overwhelmed the good. First, there was 0 chemistry between the hero and heroine. The author said they were instantly attracted to each other, but then never showed that attraction or really much interaction between the two. I never got a sense of why they liked each other or might be good for each other. The writing style was definitely show and not tell. Second, they were both TSTL. There is a whole plot about how another man is obsessed with the heroine and will go to any lengths to have her. They capture this guy once, he escapes and hides out for months watching her and NO ONE thinks that it is important to tell the heroine that he is out on the loose. When he attacks again and our hero knocks him out the bad guy is left on the floor with no one to guard him or tie him up while three people keep bedside vigil with the heroine. Why not call the castle guards? Seriously, they deserved everything they got. Also, the couple never really have a talk about the serious (and potentially very interesting) political divisions they have and the hero just suddenly decides she is clever to make Overall, there was a ton of sloppy plotting in this. I did make it to the end by sheer force of will, but I absolutely won't be reading any more by this author.
Read more
One person found this helpful
Helpful
Report abuse

Suzanne G
3.0 out of 5 stars High hopes but disappointed
Reviewed in the United States on February 25, 2019
Verified Purchase
I really, really wanted to love this book. The War of the Roses is one of my favorite periods of British history, and a romance set during the incidents that sparked that confrontation seemed a delicious thing to read on cold, snowy February days.

Instead I was treated to paper doll characters and a rice paper plot. Kaufman has certainly done her historical research, and the book is surprisingly pro-Catholic at times. The secondary characters of Harry and Belinda however, are poorly developed and as transparent as cling film.

This is the first book in a series of War of The Roses romances, so there is a glimmer of hope that the secondary characters will be further developed in subsequent books. The glimmer though, is not enough to make me seek out those books or other offerings from Kaufman.
Read more
Helpful
Report abuse

Lorrie
5.0 out of 5 stars Love brings them together, English rule keeps them apart. A great medieval love story!
Reviewed in the United States on July 24, 2016
Verified Purchase
When I began reading this book I didn't look up from the pages until I had thumbed through 20% of this book. Time on the clock had passed in a blink. This book immediately drew me in and I didn't want to leave.

It's a beautiful story of a Lady and a Knight. He's her protector, but becomes so much more. She's promised to another and has to report to court. England is in chaos with the threat of war at every turn. Amice is determined to find her own way in a world where man rules. Nicholas is one of the King's most trusted men. Amice feels another should rule and gets involved with things that could land her in prison if caught. She also has a relative of her dead husband who is hell-bent on having her for himself, no matter the cost.

It's a twisting story of two people that should be together but society sees it another way in a time when women are bargaining chips and the man always has the last word. Or does he? Amice finds many ways around the rules. I enjoyed this read and look forward to more from this author.
Read more
2 people found this helpful
Helpful
Report abuse
See all reviews

Jackie
2.0 out of 5 stars A nice little story that turned into plop
Reviewed in the United Kingdom on April 11, 2016
Verified Purchase
I was merrily enjoying this story (the only fly in the ointment was the Harry part, it didn't quite work). Then BANG 90% in to the book when my mind started to turn to thoughts of how this would wrap up the book took a bad turn.

It was like the last chapters were written by someone bored, it was wooden, like a school play. It made me sad that a firm 3-4 star historical romance could be spoiled. The books overall pace was good, the story fun a typical historical romance, but whyyyyy ruin it with a wet fart of an ending?
Read more
One person found this helpful
Report abuse

G M
4.0 out of 5 stars Easy read
Reviewed in the United Kingdom on March 19, 2016
Verified Purchase
I like easy to read books and this was one of them.
Read more
Report abuse