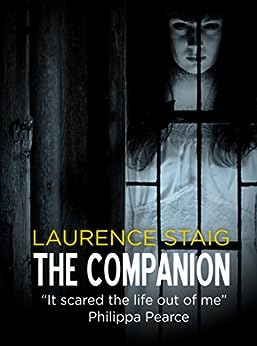 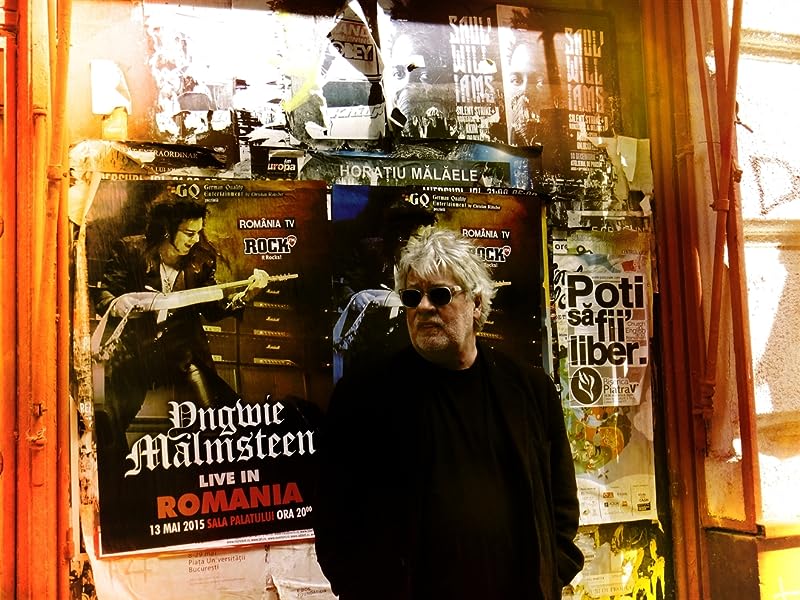 by Laurence Staig (Author) Format: Kindle Edition
See all formats and editions
Sorry, there was a problem loading this page. Try again.
A broken church window, smashed in a bid to contain the power trapped within its stained glass...
The desperate sobbing of a child who isn’t there...
There can be no doubt that St Mary’s hides a terrible secret. But when restoration expert Kit Farris moves into the adjoining Grange with his three daughters, how can he possibly know what dark forces his work will unleash?

“A finer, more chilling ghostly novel than most of those recently published. Mr Damp deserves a place in the gallery of great English night creatures. M. R. James might have been proud to have created him, and I certainly would be.”—Ramsey Campbell

“A high energy fantasy with very powerful scenes . . . a chilling and dramatic end”—Books for Keeps

“This is an excellent book, which celebrates and transcends genre. As much family story as ghost story. A tense drama of abuse, neglect and longing. An old-fashioned ghost tale with a modern edge, consciously a tribute to M R James in its setting and atmosphere. It echoes a book such as Margaret Mahy’s The Changeover in its depiction of children rallying their defences against the urgency of adult appetites.”—Neil Philip, The Times

“Truly, a Jamesian romp. The author uses his sources with care, in a well-plotted mystery with some genuine chills”—Rosemary Pardoe, Ghosts and Scholars

Laurence Staig's a career has been in Arts Management as an Arts Council of England Officer, and in local government within the cultural sector. He has worked for the USA Spoleto Festival annually for 7 years and was Artistic Director of many similar festivals in the UK, including 5 years as founding Director of the Bath Literature Festival. Laurence has taught Film and Media at Cambridge University, Warwick University, the Institute of Education (London), and The Open University. His books include the award-winning collection of short stories Dark Toys and Consumer Goods, while other published titles include Technofear, The Glimpses, Digital Vampires, The Network, and Carnival of the Dead. He is the co-author of the first ever book published about the Italian Western, and creator of the much used descript of the genre: "The Opera of Violence". --This text refers to the paperback edition.

Laurence Staig's career has included working in Arts Management as an Arts Council of England Officer, and in local government within the cultural sector. He has previously worked for the USA Piccolo Spoleto Festival annually for 7 years as a visiting writer in residence in Charleston SC. He hs been Artistic Director of many Festivals in the UK and was founding Director (5 years) of the Bath Literature Festival. He has taught Film and Media at UK Universities and Colleges and for 7 years ran Film courses for the WEA as well as annual summer study schools in Film at Cambridge University. He is also experienced in the film and broadcasting industry and as an author (novels, short stories, plays and film scripts). He is the co-author of the first ever book about the Italian Western and creator of the much used descript of the genre: "The Opera of Violence". A new collection of short stories, "Told at Dusk, Remembered at Dawn" has just been published following a novel "The Companion", both published by The Brooligan Press and available on Amazon. He lives on the North Norfolk coast.

Kit Farris is a restorer of stained glass. His present commission is to work on the broken windows of a long-closed parish church in Suffolk. He has brought his three daughters, Pippa, Bella and Sprog, the ‘Imps,’ and they have all taken temporary residence in the Grange, a half-ruined house once home to past priests and vicars. But they soon come to realise that they are not alone. There is evil in house and church alike. Both are shunned by locals: unspeakable rumours from an ambiguous past still leave their mark. And, in a mounting feeling of terror brought about by a dreadful logic of events, this evil becomes manifest and aimed unerringly at one of the ‘Imps’. In an intensely dramatic climax only an agency of unalloyed goodness can dispel and banish for ever this cancer from the past. The whole structure of the novel is beautifully carried out.

Yes, but does it remind you of anything? This is the territory, both geographically and artistically, of M.R James, the undisputed master of that noble genre, the ghost story. And this novel is no mere pastiche. It is in the fullest sense an ‘hommage’, written by an author who has complete empathy with this great writer of the past and made a satisfying and riveting response which can stand alone as an atmospheric and compelling novel in its own right.
Read more
2 people found this helpful
Report abuse

Richard Stubbs
5.0 out of 5 stars Not to be read alone in an old dark house!
Reviewed in the United Kingdom 🇬🇧 on October 27, 2021
Verified Purchase
I bought this for myself a while back and enjoyed it greatly, particularly the characters of the three children who are so engaging that it is easy to feel scared on their behalf. I bought another copy for my nephew's fiancée who chose to take it on her honeymoon thereby avoiding any risk of being on her own whilst reading it. She wrote to me on return "I have just finished The Companion, I thought it was absolutely brilliant and would make a great film!" I agree and the climax of the story would be particularly spectacular though I doubt it would get a U certificate, far to scary!
Read more
Report abuse
See all reviews
Report an issue
Does this item contain inappropriate content?
Report
Do you believe that this item violates a copyright?
Report
Does this item contain quality or formatting issues?
Report