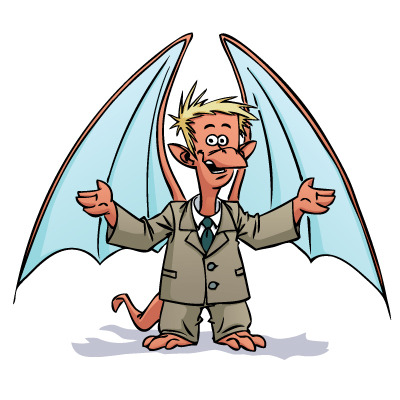 by J. Batterson (Author)
4.5 out of 5 stars 362 ratings
See all formats and editions
Sorry, there was a problem loading this page. Try again.

Written for the gifted math student, the new math coach, the teacher in search of problems and materials to challenge exceptional students, or anyone else interested in advanced mathematical problems. Competition Math contains over 700 examples and problems in the areas of Algebra, Counting, Probability, Number Theory, and Geometry.Examples and full solutions present clear concepts and provide helpful tips and tricks."I wish I had a book like this when I started my competition career."Four-Time National Champion MATHCOUNTS coach Jeff Boyd"This book is full of juicy questions and ideas that will enable the reader to excel in MATHCOUNTS and AMC competitions. I recommend it to any students who aspire to be great problem solvers." Former AHSME Committee Chairman Harold Reiter
Read more
Previous page
Next page

Jason Batterson is a curriculum developer at ArtofProblemSolving.com. He previously taught math and ran the competition program at Ligon Middle School in Raleigh, NC. The school won state MATHCOUNTS championships in 2008, 2009, and 2010 and has consistently been the top middle school in the state for the American Math Competitions (AMC). In 2008 he was a recipient of the Edyth May Sliffe Award from the Mathematical Association of America for distinguished teaching in mathematics.

Batterson is currently authoring a new series of math books for younger students which can be found at www.BeastAcademy.com.

Amazon Customer
5.0 out of 5 stars very useful for Mathcount preparation
Reviewed in the United States on March 28, 2017
I got this book for my 6th grade daughter after she qualified for the chapter math-counts competition. We worked on the problems 4-5 days per week for 20-30 min. She improved considerably and finished 7th in the chapter part. Despite being the youngest, she finished first of her team, 24th in the state. For the state completion, we also used Mathcounts Chapter Competition Practice Mathcounts Chapter Competition Practice. I highly recommend this book for practice training. One advantage is that it reflects the questions asked at the State level. We did daily mixed questions (algebra, geometry, probability etc), which reflects the competition.
Images in this review

Amazon Customer
5.0 out of 5 stars it really makes you THINK!
Reviewed in the United States 🇺🇸 on May 8, 2022
Verified Purchase
it is a very useful book, things we never learned in school math.
Read more
Helpful
Report abuse

Blue Crow
5.0 out of 5 stars Just right level for my daughter
Reviewed in the United States 🇺🇸 on April 17, 2021
Verified Purchase
I just bought this book from Amazon a week ago and I have so far gone though the first few questions in the book with my going-to-middle-school daughter and both of us really liked it. On one hand these questions are different from what my daughter usually have and are challenging in thinking, on the other hand these questions do not require so much advanced knowledge or skills more than a middle schooler have so my daughter can actually understand and learn from them. Kudos to the author!
Read more
One person found this helpful
Helpful
Report abuse

Ab Hat
5.0 out of 5 stars I learned a lot from this amazing book!!!!
Reviewed in the United States 🇺🇸 on February 21, 2012
Verified Purchase
I'm doing Mathcounts in my school, and wanted some resources to help me perform better in the chapter and state competitions. I was on and online course at artofproblemsolving.com for advanced Mathcounts/AMC 8, and in the previous years I had taken a course on Johns Hopkins CTY. I bought this book on Artofproblemsolving.com because it was meant for contest "mathletes" like me. Instantly, I focused areas on my weak sections of math, like probability/counting, and geometry. I reviewed the probability section for a few days and in what seems like an instant, it became my best subject. This book teaches the reader through the concepts first, with a few worked examples, then lets you do it on your own. The problems are challenging, fun, and serve as an excellent resource for sharpening skills on weak areas. Now, I'm working on the geometry section. Also, this book shows slick methods for hard problems, like "How many different rectangles can be formed on an 8x8 chessboard?" Overall, I think this is an excellent resource for one who is serious about competition math and wants to excel in competitions like mathcounts. A last thing I would recommend is that people who want to buy this book is that they should be somewhat confident that they will proceed to state mathcounts(or at least, have some experience).

In general, I thought this was an amazing book!!

Rachel -VA
5.0 out of 5 stars Great book for advanced Math students
Reviewed in the United States 🇺🇸 on August 24, 2020
Verified Purchase
I bought it for my 9 years old son who will be at 4th grade this fall. He is at private school and he finished Algebra 1 by practicing with Khan Academy. This book serves as an additional resource to get him excelled in Math. After We go over sample questions, he does practices himself. I grade his work and work with him on questions he got wrong. It’s a great book for advanced math lover.
Read more
3 people found this helpful
Helpful
Report abuse

Customer Since 2008
5.0 out of 5 stars Good Reference Book for Intermediate and Advance Level Math Students
Reviewed in the United States 🇺🇸 on August 16, 2021
Verified Purchase
I highly recommend this book to all middle school students who want to improve the Math skills to above the level taught at school. Examples in each chapter are well-selected and explained clearly. Additional exercises are available for practices.
Read more
Helpful
Report abuse

david pereda
5.0 out of 5 stars Excellent Book -- Well Done!
Reviewed in the United States 🇺🇸 on January 9, 2014
Verified Purchase
Unlike Prealgebra: The Art of Problem Solving, Competition Math for Middle School includes all the solutions to the exercises in an appendix at the end. This makes checking out the answers easier -- and also cheaper -- since the student doesn't have to spend an additional amount to obtain the solutions manual. Besides that, the book is well-written and flows naturally from one math topic to another. The author states in his introduction that the student should attempt to solve the problems first, but to always check out the solutions. He says," A lot of the teaching in this text occurs within the solutions. In reading through a solution, you may find a different method than the one you used to solve a problem...." This is the first book written by the author, Jason Batterson. I highly recommend Competition Math for Middle School to any parent of a bright Middle School student. Well done, Mr. Batterson!
Read more
6 people found this helpful
Helpful
Report abuse

Jason F. Major
5.0 out of 5 stars Phenomenal resource for math competition coaches and students
Reviewed in the United States 🇺🇸 on January 6, 2010
Verified Purchase
I am a middle school math team coach constantly looking for good material to use with my students, as well as books that can teach me some better ways to work through the problems. This book gives me both, and I am ordering more for my math team because of it. Each concept is organized by larger topic and explained clearly, with practice problems similar to what you would find in a Math Counts or AMC contest. You will learn some new tricks (they were new to me at least) that helps solve problems much more quickly. I recommend it to new coaches who have caught the math competition bug but don't know where to get materials, or even experienced coaches who want another outstanding resource for their library. For someone still trying to learn all of the ins and outs of middle school math contests, this has vaulted into a spot as one of my go-to resources, along with the Art of Problem Solving series and old Math Counts problems.
Read more
39 people found this helpful
Helpful
Report abuse
See all reviews

Raj
5.0 out of 5 stars Very Condense book, highly recommend
Reviewed in Canada 🇨🇦 on May 29, 2019
Verified Purchase
If it takes someone 5 min to complete a page of work on a regular math book, it would take the same person 3-4 times longer to complete a page of work (questions) on this book ... and that's because this book is "dense" in contents, each page has tremendous amount of info and each question/step challenges students little more than prior question. Would highly recommend for someone who is interested in competitive math.
Read more
2 people found this helpful
Report abuse

Order of Canada
5.0 out of 5 stars Very useful math book.
Reviewed in Canada 🇨🇦 on January 22, 2021
Verified Purchase
This is a great book. Excellent for general math knowledge at middle and high school levels, no matter if the student is planning to go for any math competitions at all. I think this is what the modern world citizen should know if they complete today's high school, no matter where you live.
Read more
Report abuse

PK
4.0 out of 5 stars Somewhat easy for a 7th grader
Reviewed in India 🇮🇳 on August 10, 2018
Verified Purchase
The material is somewhat easy for a 7th grader. Ideal for an advanced 5th or 6th grader. However, it does cover a wide variety of competitive math material (although in a superficial and hurried way). It's still a good introduction to a lot of math topics.
Read more
Report abuse