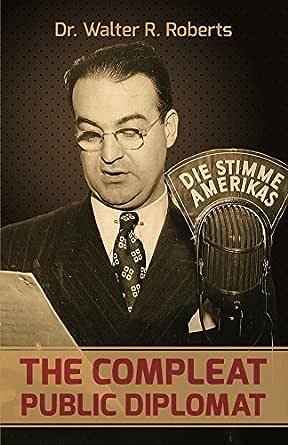 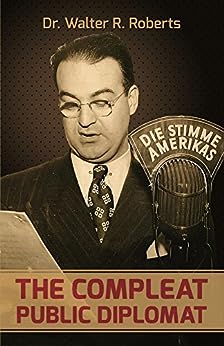 Dr. Walter R. Roberts (1916-2014) was a diplomat and a foreign policy and public affairs expert with a distinguished career in the U.S. Foreign Service and the former U.S. Information Agency. Born in 1916 in Austria, Dr. Roberts attended the University of Vienna and obtained his doctorate degree from Cambridge University. Upon doing a research assistantship at The Harvard Law School, Dr. Roberts joined the U.S. government as a Coordinator of Information in 1942. After eight years of service with the Voice of America, he was transferred to the Austrian Desk of the State Department where he contributed to the American delegation for the Austrian Treaty Talks held in Vienna on May 15, 1955. His career in the United States Foreign Service began in 1960, when he was appointed Counselor for Public Affairs at the US embassy in Belgrade, Yugoslavia. In 1967, he was transferred to Geneva, Switzerland to serve as Counselor for Public Affairs at the U.S. mission to the United Nations. In 1969, he returned to the U.S. with an appointment to the U.S. Information Agency (USIA) as Deputy Associate Director. He was promoted to Associate Director of USIA in 1971. In addition to years of government service, Roberts was an accomplished writer and academic. In 1973, he published Tito, Mihailovic and the Allies, 1941-1945, which was described as “the best book on the subject” by Foreign Affairs magazine. Upon retiring from government in 1974, he served as Director of Diplomatic Studies at Georgetown University’s Center for Strategic and International Studies. In 1975, he was called back to government service to head the Board for International Broadcasting, later dissolved and replaced by the Broadcasting Board of Governors, to oversee Radio Free Europe and Radio Liberty (RFE/RL). He retired again in 1985 and returned to academia as a Diplomat in Residence at The George Washington University, where he taught courses on diplomacy for 10 years. In 1991, he was appointed by President George H.W. Bush as a member of the U.S. Advisory Commission on Public Diplomacy and reappointed in 1994 by President Bill Clinton. In 2001, with the help of Steven Livingston, professor of media and public affairs at George Washington University, Roberts established the Public Diplomacy Institute at GW, which later became the Institute for Public Diplomacy and Global Communication. In 2005, Roberts generously created an endowment in his name to support the Institute’s activities and programming. --This text refers to the paperback edition.