Track your books
Bring your club to Amazon Book Clubs, start a new book club and invite your friends to join, or find a club that’s right for you for free.
Explore Amazon Book Clubs
Flip to back Flip to front
Listen Playing... Paused   You're listening to a sample of the Audible audio edition.
Learn more
See all 7 images 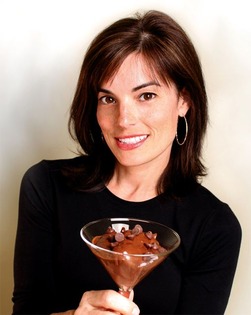 The Complete Book of Pies: 200 Recipes from Sweet to Savory Paperback – Illustrated, August 22, 2008

Pie is a dish for all seasons. Baking a homemade pie from scratch is surprisingly easy with Julie Hasson's guidance and expert know-how.... Perfect for beginners yet packed with enough helpful tips and great recipes to inspire experienced pie-makers, The Complete Book of Pies has something for everybody. With pages and pages or color photographs and detailed instructions providing step-by-step guidance, bakers will never find themselves at a loss for inspiration, but may find themselves unable to decide which great pie to try next. (We Taste Cincinnati online 2008-10-22)

Julie Hasson is a chef, cookbook author and Internet television host. Her articles and recipes have been featured in magazines. This is her fifth cookbook, others include 125 Best Cupcake Recipes and 300 Best Chocolate Recipes.

What could be better than a fresh summer fruit pie, brimming with sweet ripe fruit? Not much, as far as I'm concerned. I've learned over the years, though, that people say they are either a pie person or a cake person. Period. Well, I can definitely say that I'm a pie person. I'm also a cake person, an ice cream person, a chocolate person and a cupcake person. Do I really have to choose just one dessert?

Although I've always loved eating pies, my passion for baking them goes back to when I was first married. My husband's cousin Jill would bake the most fabulous pies. She always made it seem so easy, casually tossing together sliced apples with cinnamon and sugar, mounding them into a perfectly crimped pastry shell. The thing that was so amazing to me was not that her pies were utterly delicious (which they were) but that she was so easygoing about the whole pie-making process. This became the root of my pie inspiration.

My first homemade pie was a peach one. Our backyard peach tree was so full of fruit that the poor branches were hanging on the ground. I then moved on to apples, buying cases at a time. I dragged my husband (and later, children) to every U-pick farm that I could find. I was ready with buckets in hand as each fruit came into season. What I learned was that a fruit pie is only as good as the fruit that you use. I also discovered that it's so much fun to pick the fruit yourself (and much more economical, too). Pie baking became my therapy.

When the opportunity arose for me to write a book on pies, I jumped at the chance. I wanted to show that pie making is not only fun but easy, too. Threaded throughout this book you will find all sorts of tips and shortcuts for making pies, as well as recipes for ice cream pies and toppings, glazes and sauces, just in case you want to take your pies to a whole new level. There's even a chapter on savory pies, including many created by cookbook author Judith Finlayson. Special features throughout the book include logos highlighting classic pies, from apple to pumpkin, and vegan-friendly ones, too.

After baking literally hundreds and hundreds of pies, I've selected my favorite recipes for this book. I encourage you to go pick some fresh fruit, put on your apron, get out your rolling pin and start baking. And then, just maybe, you will find yourself becoming a pie person, too.

QOTN
5.0 out of 5 stars Great book with a ton of variety
Reviewed in the United States on September 26, 2014
Verified Purchase
I LOVE this book! I heard the author on NPR and decided I needed to own this book. I initially intended on making one pie per week until I made every recipe in the book...needless to say that was a ittle too ambitious and I didn't follow that plan, but I've made many many pies and have not been disappointed by any of them!
Read more
One person found this helpful
Helpful
Comment Report abuse

Sunshine
5.0 out of 5 stars Cookbook
Reviewed in the United States on April 13, 2013
Verified Purchase
This is a Great Pie Cook book. There are a LOT of great recipes in this cook book that every one will love. And lots of them are easy to make.
This shipped Quickly and I received it fast.
Good Price and in good condition.
Thank you.
Read more
One person found this helpful
Helpful
Comment Report abuse

Emma L.Martin
5.0 out of 5 stars Good recipes.
Reviewed in the United States on April 8, 2015
Verified Purchase
Good, I have to start using the recipes. Marked pages I want to try.
Read more
One person found this helpful
Helpful
Comment Report abuse

Sandra R Plunk
4.0 out of 5 stars Nice Book
Reviewed in the United States on May 7, 2013
Verified Purchase
This cookbook has a lot of really good and informative information. Nice pictures and easy to understand recipes for al sorts of pies.
Read more
2 people found this helpful
Helpful
Comment Report abuse

Kindle Customer k cofield
5.0 out of 5 stars Great!!
Reviewed in the United States on November 23, 2009
Verified Purchase
The pies in this book are so easy to make, and the one's I've tried turn out to be wonderful. I would recommend this cookbook to anyone who loves to bake.
Read more
5 people found this helpful
Helpful
Comment Report abuse

John P. Plummer
VINE VOICE
5.0 out of 5 stars another great book from Julie Hasson
Reviewed in the United States on August 29, 2008
Anyone interested in food should be following the books, TV appearances, and internet cooking shows of Julie Hasson. What a treat to have a whole book of her amazing pie recipes! I appreciate the fact that many of the recipes are vegan-friendly (and are marked as such) for those of us interested in vegan cooking, or who want to make delicious pie for a friend or family member who is vegan or watching their cholesterol. Regardless of whether you are vegan, vegetarian, or omnivore, there are many pies for you here!
Read more
6 people found this helpful
Helpful
Comment Report abuse

T. Palmer
5.0 out of 5 stars Pies, Oh Pies!!
Reviewed in the United States on September 11, 2008
I was fortunate enough to have been a tester of some of the recipes (namely, the vegan ones), and I can tell you that they are most excellent! During the testing phase, I would make a couple pies a week and take them to work, where they were devoured by my co-workers! Whether you're looking to make a pie just because, for a potluck, a family gathering, or whatever the occasion may be, these pies will stand the test, impressing people of all dietary persuasions. And if you haven't already done so, do check out Julie's blog at [...] for amazing recipes and video intructionals.
Read more
6 people found this helpful
Helpful
Comment Report abuse
See all reviews

noaidessakka
5.0 out of 5 stars American book of pies
Reviewed in the United Kingdom on March 27, 2010
Verified Purchase
This is an American book so is mainly sweet pies - out of 200 recipes, 19 are for savoury pies; and the ingredients are given in both cups and metric.
Each chapter comes with a preliminary index page, and within each chapter the recipes are arranged alphabetically, making them easy to find.

For cooks who rely on pictures to help them this book may not be ideal, there are only a couple of pages of pictures.
Read more
13 people found this helpful
Report abuse
See all reviews