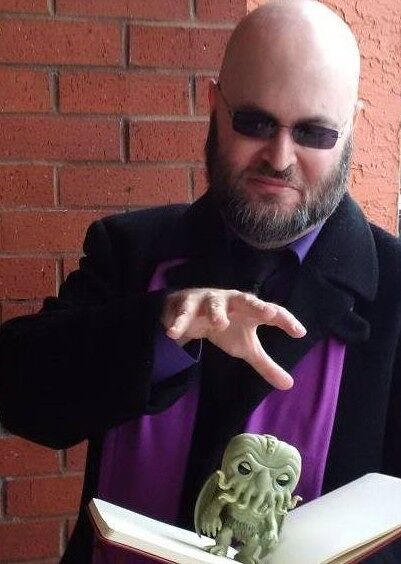 4.7 out of 5 stars
4.7 out of 5
71 global ratings
How are ratings calculated?
To calculate the overall star rating and percentage breakdown by star, we don’t use a simple average. Instead, our system considers things like how recent a review is and if the reviewer bought the item on Amazon. It also analyzes reviews to verify trustworthiness.
Top reviews

Mimbral
3.0 out of 5 stars Another D20/DND 3.5 supplement
Reviewed in the United States on November 5, 2018
Verified Purchase
Some of it is useful, some of it is not so useful. Your mileage may vary depending on your campaign and what you want to allow.
Read more
Helpful
Report abuse

Earth Dragon
3.0 out of 5 stars Three Stars
Reviewed in the United States on April 13, 2017
Verified Purchase
As with the other 2nd string "Complete" books, this one just falls a little short.
Read more
One person found this helpful
Helpful
Report abuse

Buck
5.0 out of 5 stars cool book
Reviewed in the United States on June 17, 2013
Verified Purchase
pretty good stuff. Hard to go wrong with much if any of this type of stuff. The more info to give you GM hell the better I say :)
Read more
Helpful
Report abuse

Donkas
4.0 out of 5 stars complete mage
Reviewed in the United States on July 21, 2012
Verified Purchase
good to throw ar rules heavy DMs if you can wrangle them into letting you use it, also elborates further on the polymorph school that was expanded on in the players handbook 2, good investment for caster players

M. Tael
4.0 out of 5 stars A good supplement but its still a suplement
Reviewed in the United States on December 11, 2007
Verified Purchase
I use alot of arce casters as villians and also player charcters. I love some of the prestige classes but the spells are a little weak and the feats are very narroly designed. A good book but it isant at all requried or a must have.
Read more
2 people found this helpful
Helpful
Report abuse
See all reviews

Mr Ghostface
3.0 out of 5 stars Lots of interesting bits... above average supplement.
Reviewed in the United Kingdom on March 8, 2007
Verified Purchase
OK, here we go... Complete Mage is full of interesting tidbits from the feats and prestige classes to the items and spells. Like the first four "Complete" books it contains ways of adding something, in this case Arcane Magic, to many different kinds of characters. Unlike earlier books, though, there are no additional base classes, which disappointed me a little.

The first section of the book offers advice on mages and how to play them. Some of the advice is interesting and useful, but some of it is very weak. If you are new to playing mages I would speak with a more experienced player before blinding following something you read here (it's a sad fact these days that there are many players out there who know how D&D works best a lot better than many of the people at Wizards of the Coast).

Next up are the feats. This section offers some really fun things, but by far the biggest innovation is the concept of "reserve" feats. These feats add staying power to arcanists. These feats grant an arcane spellcaster the ability to use at-will supernatural abilities as long as they have a spell of a certain type memorized. The higher level the spell the more powerful the ability is. So the spellcaster can use the ability granted by the feat through an adventuring day, until he is forced to cast the spell that powers it, and even then they will get a small bonus from the feat. Essentially, casters get to have their cake and eat it, too, with these feats. For those games where casters are always running out of spells these feats are great! There are plenty of other feats too, including one that speeds up metamagic use for spontaneous casters, one that enables casting while holding a weapon in hand, some Wu Jen specific feats, and more. The heritage feats, especially the Fey Heritage feats, are worth a mention. They aren't as well developed as the Dragon Heritage feats are now, but there is some good stuff here. Overall, this section is really well done and I wouldn't hesitate to use anything from it in my campaign.

Next are prestige classes. Of special note for fans of the Warlock class introduced in the Complete Arcane, there are three Warlock prestige classes and all three have me itching to play them. Outside of the Items section this is the one that contains the most problems. Right off the bat is the Abjurant Champion, a powerful class that is destined to be used in ways that the creators undoubtedly did not intend. It was obviously designed to be used by Fighters who had dipped into Wizard, but is far more useful for pure Wizards since it's too easy to qualify for. Full BAB, d10 HD, full casting, and some powerful special abilities in five levels makes it a no brainer for a mage who sees melee from time to time. The Lyric Theurge also has major problems. First off we already have a PrC for the "spellcasting Bard", namely the Sublime Chord from the Complete Arcane, and the Lyric Theurge fairs poorly in comparison to it. But then when you read the flavour text it quickly becomes apparent that this was originally a dual progression Bard/other arcane caster PrC when first written but that it was changed too quickly at some point in development. To me, this PrC is a clear sign that Wizards of the Coast is trying to publish too fast these days. Under-developed or over-developed, it doesn't work.

The next section contains fun new spells for Hexblades, Wu Jen, and more in addition to Wizards and Sorcerers. It also contains some nifty new Warlock invocations. Mostly these are all good though a few are potentially abuseable. In particular the Sorcerer spells for casting multiple spells must be examined with care by a DM before letting them into a game.

I had to pick my jaw up off the floor after I got finished looking at the items in the book. While as a player I would love to have most of them I think that DMs should be very cautious of many of them. In particular, several items seemed woefully inexpensive considering what they do. For example "Heward's Fortifying Bedroll" lets wizards get away with one hour of sleep instead of eight for only 3000 gp. What caster wouldn't want one? The Spellguard Rings for 4000 gp don't seem out of line for what they were intended - keeping a teammate from being toasted by your fireball! - but open up huge abuse potential with spells like Evard's Black Tentacles or even Antimagic Field. Use this section with care!

The remainder of the book is mostly fluff and, for once, not too bad at all. Interesting ideas, mostly for DMs but some for players as well, can be found here. The idea of some of the magical locations intrigued me.

Overall I gave this book three stars out of five mostly because I will be able to use so much of the book in my games. However, I would have given it four stars if it had been given some more editing and playtesting. Flaws like the Lyric Theurge and some of the abuseable items made me seriously consider dropping it further but were balanced out by some of the things that I really really liked. It's worth a look.

Juah Kaipainen
5.0 out of 5 stars Awesome!
Reviewed in the United Kingdom on January 16, 2014
Verified Purchase
The book was exactly as promised and in perfect condition! It arrived few weeks later than promised, but it was Christmas time, so that can be ignored =)
Read more
Report abuse