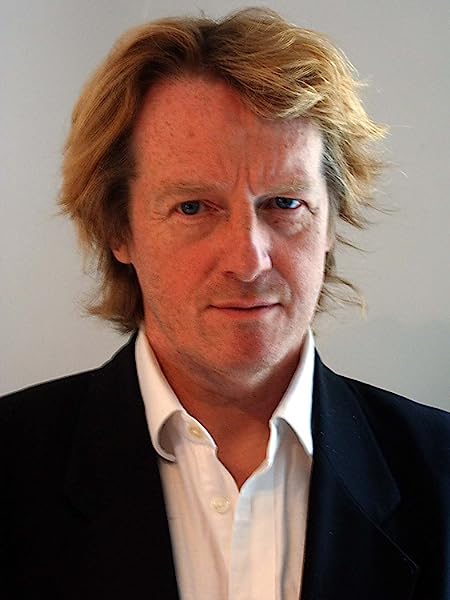 Stephen Law was a school dropout who became a postman in Cambridge, then took a degree in philosophy at Oxford, becoming a Junior Research Fellow at the Queen's College. He now teaches philosophy at Heythrop College, University of London. He has published a number of books including THE PHILOSOPHY FILES and THE PHILOSOPHY GYM..

FlightlessParrot
3.0 out of 5 stars A calm approach to critical thinking
Reviewed in the United States on June 11, 2012
Designed for younger teens, I guess, this book models the use of reason in discussing what Law calls philosophical issues, and which one might prefer to call big issues about which philosophy has important things to say.

The strengths of the book are that it is clear and engaging without ever being condescending, it uses the dialogue form well, and it is honest about how far reason will take us: Law confesses that he has no convincing answer to the arguments of vegetarians, but he still eats meat. Law, by the way, is a proselytising atheist, but he's not a shouty twerp like Dawkins, and the notions of God he attacks aren't worth entertaining, anyway. Actually, _Philosophy Files_ will probably do more good for someone growing up theistic than someone raised secular, because the kind of reasoning he offers is frankly a bit bland, not a view of life that would fill anybody's God-shaped hole, but rather a domesticated version of Anglophone analytical philosophy.

Law discusses, for instance, the "can't step in the same river twice" question, and disposes of it by pointing to different meanings of the word "same." But I fancy it would be more exciting for the average smart 14 year old to at least ask whether the way a river exists is the same as the way a rock exists; or, at least, what do we mean when we say a river exists, what are we referring to? And that could play into Law's discussion of mind, and whether it equates to brain-states; I imagine the average clued-up teen and tween is well aware of the notion of emergent phenomena, as well as of processes. And when we get to determinism, the intended audience will surely want to hear what Law has to say about the probabilistic nature of reality at quantum scale. Law seems to entertain determinism; there's certainly no need to say "quantum uncertainty, therefore free will," but it would be interesting to see whether he'd want to argue that nature is deterministic by the time we get to the scale relevant to humans, or, alternatively, that making decisions by cosmic coin toss is no more free will than being a tram on tracks set down by the laws of nature and the initial conditions of the Universe; and the bright young person will surely want to find out a bit about the relevance, or non-relevance, of Chaos theory here.

The one point where Law's personal agenda really lets him down is the chapter on Creationism. As he says, this is really a non-issue outside the USA, and his book is profoundly English, so the chapter is a bit of a waste of space that could be better used. Social and political issues for instance, are much more in need of a bit of calm reasoning. The average English (or Scottish or Welsh) young person is surely far more likely to be confronted with quite urgent questions about the relationship of the individual to society. To what extent is it reasonable to try to engineer rough socio-economic equality? What are the arguments for and against radical individualism? To what extent do we have duties towards potential people, as in not mucking up the planet for future generations? These are surely questions much more important to Law's intended audience, than considering the flaws in desperate fantasies about carefully layered deposits of dinosaurs.

I found the book initially interesting, but ended up a bit disappointed by its limited sense of what philosophy might be. Maybe, as Law says, our morality isn't anchored in anything, it is what we make it; but Camus and Sartre have already been to that place, and it offers exciting, and terrifying, prospects; in Law's book, it sounds like something to be explored over a cup of tea or a bottle of Coke.

Rosie Gamgee
5.0 out of 5 stars Philosophy for fun - love it!
Reviewed in the United Kingdom on April 13, 2014
Verified Purchase
Not only is this an excellent introduction to philosophy, it is also a good read. The tallented Stephen Law has made me realise that philosophy is an every day necessity, we do it all the time. As a life-long reader of SF and fantasy, I have been wrestling with philosophical questions all my life: what is it to be human, what is God, how do we know right from wrong?
There may be more complete or in depth books on the subject (lots of them) but I feel more prepared to tackle them thanks to Mr Laws and his illustrator Daniel Postgate whose cartoons illustrate the text perfectly. I think I am now able to read Sophie's World with confidence!
To whom would I recommend this book? Anyone who lives in a world with other people! It is aimed at teenagers, I guess, but would form a good springboard for discussion with younger children too. Teachers will love it, parents need it and the rest of us can just enjoy it.
Read more
8 people found this helpful
Report abuse

Den
4.0 out of 5 stars Pre-teen introduction
Reviewed in the United Kingdom on July 16, 2019
Verified Purchase
The short story style chapters, along with illustrations are a great introduction to philosophy for the 11 - 12 age group.
Giving the surface arguments and exploring just deeply enough to encourage further critical thinking, this is best tackled as a chapter a week of homework. Read a chapter Monday, research and think all week, then hand in your work Friday.
If only they taught Philosophy in schools.
Read more
One person found this helpful
Report abuse

M Woodley
5.0 out of 5 stars I Loved It.
Reviewed in the United Kingdom on February 22, 2018
Verified Purchase
An every day compass for those engaged in the lifetime effort of finding a better way to be human. Very easy to read and humorously illustrated. An elegantly simple introduction to critical reasoning. Some of the premises were excessively lengthy, well after the point had been eloquently made.
Read more
One person found this helpful
Report abuse

dazler
5.0 out of 5 stars The best philosophy book for kids.
Reviewed in the United Kingdom on February 29, 2020
Verified Purchase
Should be mandatory reading for all children 8 and above. One of the country's best philosophers and it shows in this book for children.
Read more
Report abuse
See all reviews