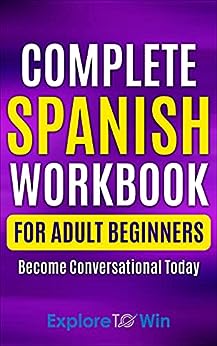 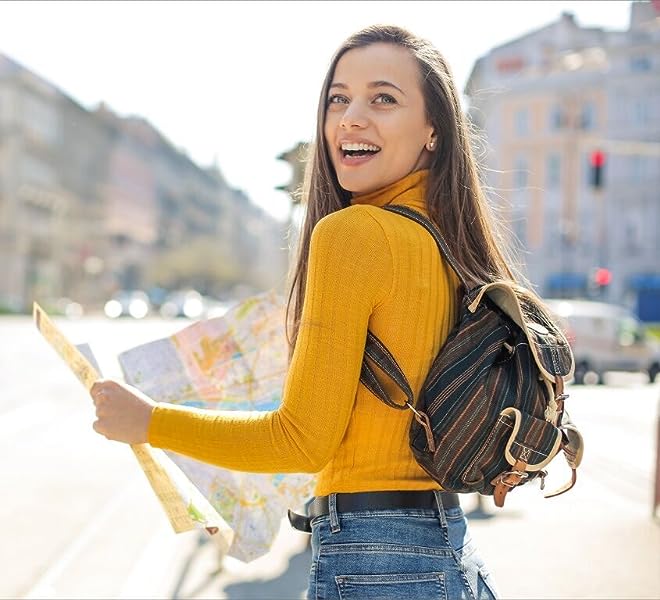 by Explore ToWin (Author) Format: Kindle Edition
Part of: Learn Spanish For Adults (12 books)
See all formats and editions
Sorry, there was a problem loading this page. Try again.
How amazing would it feel if learning conversational Spanish came naturally to you?
Learning a brand new language, especially Spanish, can seem extremely daunting for students. Unfortunately, 80% of students give up before ever becoming conversationally fluent in Spanish... which means they’ll never be able to unlock and experience all the amazing social treasures the language provides.It’s not the students who are to blame though, in actuality, it is the majority of Spanish language products on the market today. Most learning guides and workbooks will carelessly dispense a dizzyingly disorganized list of Spanish words in front of you like lottery numbers and expect that to be enough to sow the seeds of conversational fluency.This is why we teamed up with a world class Spanish coach—who is responsible for teaching celebrities, politicians, and over 1,000+ students Spanish quickly, acing their assessments and surpassing all their goals—to bring you this ultimate Spanish workbook - consciously curated to make you conversational, fast!In order to transform your Spanish speaking capabilities, this workbook includes very specific elements inside, such as:
Read more
Previous page
Next page
Next 3 for you in this series See full series
Total Price: $4.98
Next 5 for you in this series See full series
Total Price: $11.96
All 12 for you in this series See full series

Included with your purchase. Enjoy!

ExploreToWin is a rising language learning and travel brand with the goal of making you fluent fast. We believe that learning new languages doesn’t have to be a long and boring process. Our goal is to help you sound like an experienced natural in a fun, and easy way!

Amazon Customer
5.0 out of 5 stars Nice starter for learning spanish
Reviewed in the United States on December 10, 2022
I like how the book is set up. I never took Spanish in high school and that it would be impossible but this book is so so helpful. Also peep my new lamp I got from Amazon as well. It's the X Kim 16 sunset lamp which I'll do a review on as well so go check that out as well
Images in this review

Elly
2.0 out of 5 stars It's lacking a lot of Info for a Beginner's book. Would not recommend!
Reviewed in the United States 🇺🇸 on December 29, 2022
Verified Purchase
As a workbook, you'd expect some information to work with. Let me explain.

First problem is that there was a typo in the beginning, when the Spanish sentence had the word venticuatro the translation said 'twenty-five'. And that's in the first chapter.

Second, the issue of not having enough information. For me, I've been practicing on Duolingo and SpanishDict.com to learn different verbs and conjugations and more. So, already knowing that helped me to understand this book on some parts. Sure, I learned some extra words I hadn't learned yet, but if you don't already know some you'll get confused.

A workbook, when giving you exercises should help to provide the information prior to asking: verbs conjugation, translations to all words used in exercises.

A workbook should not ask to translate say: Cantar; but not have the chart. Such as (semi-paraphrasing): translate Cantar to the preterite indefinite conjugation in first person singular and plural. You should have the ability to see the answer before doing the exercises. You're not learning well if you have to look at the answer key. Mind you, they only have the present tense conjugation charts for yo, tú, él/ella/Usted, nosotros, and ustedes/ellas/ellos. Of course, both usted and ustedes are the same form as the ones I used slashes beside it, but they divided it, probably for the understanding of you.

But there's no conjugation chart for "ar", "er", and "ir" in the preterite (past tense) form. A new learner (AKA beginner) would have no idea that conjugation changed.

Now, near the end of the chapter, the author expects their beginners to fully understand Spanish well enough to read through three paragraphs of Spanish. The beginners, or even semi-less-than proficient learners, would have to either pick up a Spanish dictionary whether physical or online, to get an understanding of it because it's not translated. The next story is translated though. But one who just started and the insufficient teaching doesn't entail enough without skimming or going back and forth. Even still, it might not help the learner get a full understanding of what's being told, word for word, or why certain sentences are structured in a certain way. I'm speaking of both the dialogue portion in the other chapter, and the story portion.

Translation via SpanishDict (Chapter 3, before Presenting Pablo, a Student From Uruguay:)

Translate: This is done so that we can see an example of several paragraphs in a format that includes most of the content and teachings we have seen in this chapter.

Translate: Without a doubt, this will help us a lot to be able to interpret certain things and that we can have a lot of practice through reading and pronunciation.

Translate: As we said in the previous chapter, the ideal is that we read the next paragraph aloud so that we are practicing our reading level in Spanish, as well as our speaking level, which are two of the most important elements when we are learning a new language.

Translate: This will allow us to know and identify where we can introduce each of the things we have been learning through this chapter so that we can have a better level in our Spanish.

The author didn't translate all those paragraphs, and I post it as an example of what the reader would see, excluding the translation and notes I provided via the help of the source aforementioned.

Chapter 4 gives charts of some future simple conjugation of "ar", "er", and "ir" verbs. Except, the first one, they don't even bother to say which verbs it's breaking down in its different forms or it's moaning.

That's another issue, it's when they do actually make the charts, they don't translate directly what it means.

Christa
4.0 out of 5 stars Overall good, but could be better.
Reviewed in the United States 🇺🇸 on January 2, 2023
Verified Purchase
It has been a good supplement to using Duolingo. I feel like it bridged some gaps and gave some more in depth explanations of grammar. But there were a few printing/editing errors in my copy and an excess of exposition about why it's so great to learn new language.
Read more
One person found this helpful
Helpful
Report abuse

Mary
5.0 out of 5 stars Perfect for beginners!
Reviewed in the United States 🇺🇸 on January 14, 2023
Verified Purchase
I like the simplicity of the instructions. Adults trying to learn a new language can be very frustrating, but this book is great.
Read more
Helpful
Report abuse

Amazon Customer
5.0 out of 5 stars Amazing !
Reviewed in the United States 🇺🇸 on January 14, 2023
Verified Purchase
This book has everything you would need to get started ! &free bonus learning material when you scan the QR code inside !
Read more
Helpful
Report abuse

Pamela Hopp
4.0 out of 5 stars A great addition to helping learn the Spanish language.
Reviewed in the United States 🇺🇸 on December 18, 2022
Verified Purchase
This is a great companion to the workbook. It has helped me understand the language a bit better.
Read more
Helpful
Report abuse

Steven M. Eilers
4.0 out of 5 stars Word pronunciation is done well, so you can learn to speak properly.
Reviewed in the United States 🇺🇸 on December 14, 2022
Verified Purchase
I’m just beginning to learn Spanish and I find this book very easy to use and understand.
Read more
One person found this helpful
Helpful
Report abuse

JayCee
4.0 out of 5 stars Small Talk
Reviewed in the United States 🇺🇸 on December 8, 2022
Verified Purchase
The book appears easy to understand. I like the layout of pronunciations. The small talk is what I needed.
Read more
Helpful
Report abuse

delaney
5.0 out of 5 stars Nice starter for learning spanish
Reviewed in the United States 🇺🇸 on December 10, 2022
Verified Purchase
I like how the book is set up. I never took Spanish in high school and that it would be impossible but this book is so so helpful. Also peep my new lamp I got from Amazon as well. It's the X Kim 16 sunset lamp which I'll do a review on as well so go check that out as well
Read more

delaney
5.0 out of 5 stars Nice starter for learning spanish
Reviewed in the United States 🇺🇸 on December 10, 2022
I like how the book is set up. I never took Spanish in high school and that it would be impossible but this book is so so helpful. Also peep my new lamp I got from Amazon as well. It's the X Kim 16 sunset lamp which I'll do a review on as well so go check that out as well
Images in this review

Miss N S Varney
2.0 out of 5 stars Poorly made
Reviewed in the United Kingdom 🇬🇧 on August 12, 2022
Verified Purchase
The pages of this book started to fall out the first time I opened it.
Read more
Report abuse

Kindle Customer
5.0 out of 5 stars looks like it will help in learning spanish
Reviewed in Canada 🇨🇦 on July 28, 2022
Verified Purchase
just starting this book but looks promising in helping to learn spanish. layed out nicely and larger print and while spaces for easy reading/
Read more
Report abuse