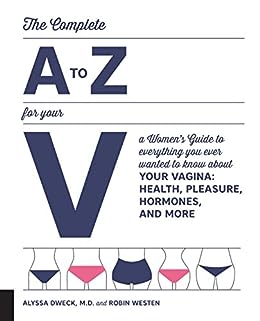 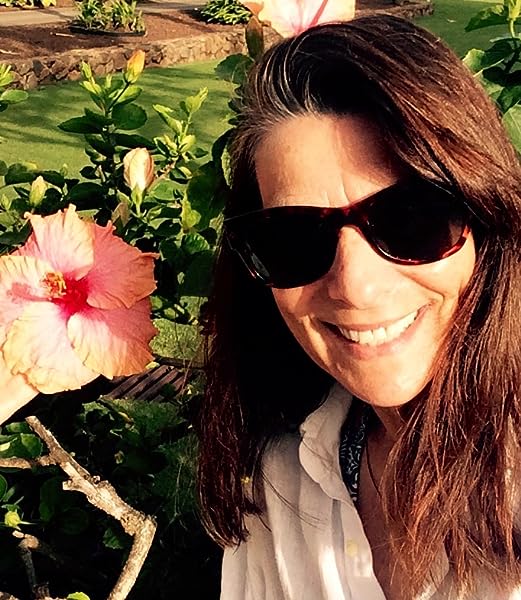 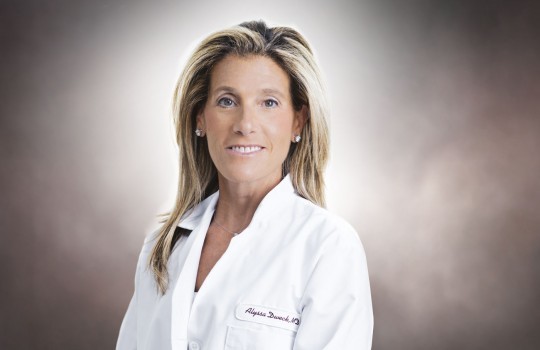 The Complete A to Z for Your V: A Women's Guide to Everything You Ever Wanted to Know About Your Vagina--Health, Pleasure, Hormones, and More Kindle Edition

The Complete A to Z for Your V provides women and girls with what they need to know about their personal health without shame or judgement.

Whether you are researching a specific issue or just want a go-to reference for yourself, your daughter, your niece, or your partner, this book offers it all in a friendly, illustrated format from an expert in the field of women's health. The Complete A to Z for Your V covers every topic the author, a well-respected OB/GYN with over 20 years of experience in practice, has been asked about in her career. This is the doctor's guide for the laywoman, and it pulls no punches when talking about: sex, shaving, what's "normal," vibrators, STDs, and beyond.

The friendly and funny tone, along with easy-to-understand illustrations, make subjects that normally make people squirm easy and enjoyable to read about. The author's focus is to make women feel comfortable and empowered in their bodies, which makes this book stand out from the dryer medical guides.

Women's health is a topic that is now more out in the open for discussion than ever before, and The Complete A to Z for Your V makes finding the answers easy and asking the questions even easier.

It’s smart. It’s friendly. And, it’s funny. It’s a must read (and easy to read)  for every woman, whether she’s started menstruating, or stopped getting her periods years ago! ―Fab Over Fifty --This text refers to the paperback edition.

Alyssa Dweck MD is a gynecologist in Westchester County, NY. She is proficient in gynecologic surgery and has expertise in female sexual health. She has been voted Top Doctor in New York Magazine and Westchester Magazine. She provides care to women of all ages and has delivered thousands of babies. A graduate of Barnard College, she has a Masters Degree in Human Nutrition from Columbia University and her MD from Drexel University in Philadelphia. She did her residency training at Lankenau Hospital in Wynnewood, Pa. She is an Assistant Clinical Professor in the Department of Obstetrics, Gynecology and Reproductive Science at the Mount Sinai School of Medicine and a Consultant Massachusetts General Hospital (Vincent's Memorial Ob/Gyn Service). Dr. Dweck is on the Health Advisory Board of Family Circle Magazine and contributes regularly to Women's Health Magazine, Cosmopolitan and has been on The Today Show. Dr Dweck has co-authored three books, including the upcoming The Complete A to Z of the V. An accomplished triathlete who also enjoys sports cars in her 'spare' time, Dr. Dweck lives in Scarsdale, New York, with her husband, their two sons and their English bulldog. Please visit drdweck.com.

Robin Westen is an expert sex advice columnist and journalist, with more than 20 years of experience writing for magazines such as Glamour, Cosmopolitan, Family Circle, Ladies Home Journal, Self, Good Housekeeping, and more. She specializes in health, relationships, sex issues, and parenting.Westen has authored several books and was an Emmy-Award winning writer for ABC's womenÆs health-oriented show FYI and for One Life to Live. She is also a sex advice columnist (Sex Rx) for WomanÆs Own magazine. Westen lives in Brooklyn and spends her summers in Vermont with her family and friends. --This text refers to the paperback edition.

Radar626Top Contributor: Pets
TOP 1000 REVIEWER
4.0 out of 5 stars Entertaining, educational, and every female teen should read this
Reviewed in the United States 🇺🇸 on June 14, 2017
Verified Purchase
I was expecting a something more like a textbook, but this book is a lot like the "For Dummies" series. Yeah, the best way to describe this book is "Vaginas For Dummies". The author covers a lot of ground in this book - some of it is widely known, some is mythbusting - but it's all presented in a way that is humorous and easy to remember. She never strays too far into technical/medical speak that would leave some readers baffled or in need of a dictionary. This book (and one like it for penises) should be required reading for every child entering puberty rather than them basing their knowledge on misinformation and urban legend from other kids or the Internet. Ms Dweck gives nothing but straightforward information without a political or religious slant or without pushing an agenda.

After working in medicine for several years, I've seen firsthand how uneducated women and men are about their own bodies, especially their reproductive system. Many doctor and ER visits could be avoided by reading a book like this one. It never fails to amaze me when someone ends up in the ER because they tried a way to prevent pregnancy, enhance sex, clean things "downstairs", or a lot more because of something they read online or heard from a friend (same happens with guys, too). Even just reading the glossary in the back of the book would be beneficial to a good number of people. Little quizzes are available to help reinforce knowledge, as well as blurbs containing factoids and 'duh' files. An appendix in the back listing additional resources would have been nice should a reader wish to do further research on their own. That's really the only downside to this book I have.

If you're a parent with a female child, are an adult that would like a trustworthy source of information, or doctor looking for a unique way to educate patients, I really recommend this book.
Read more
17 people found this helpful
Helpful
Report abuse

Aaron R
5.0 out of 5 stars Easy Read, Not Too Technical
Reviewed in the United States 🇺🇸 on November 21, 2018
Verified Purchase
This book is a very easy read that you will finish in no time at all. There are "Factoids" distributed throughout, as well as a few jokes. The author is relatable and explains topics in an easily understandable way, as opposed to some books written by doctors that are heavy on the technical jargon. The authors also have a good sense of humor which helps when you are dealing with sensitive topics. This is a must read for everyone.
Read more
2 people found this helpful
Helpful
Report abuse

TA
5.0 out of 5 stars The ABC's of Vaginal Health and Wellness is covered along with lots of other Factoids that will astound you.
Reviewed in the United States 🇺🇸 on December 10, 2017
This book is the Everything You Ever Wanted To Know About Your Vagina (but were afraid to ask). And it's funny.
Read more
Helpful
Report abuse
See all reviews
Report an issue
Does this item contain inappropriate content?
Report
Do you believe that this item violates a copyright?
Report
Does this item contain quality or formatting issues?
Report