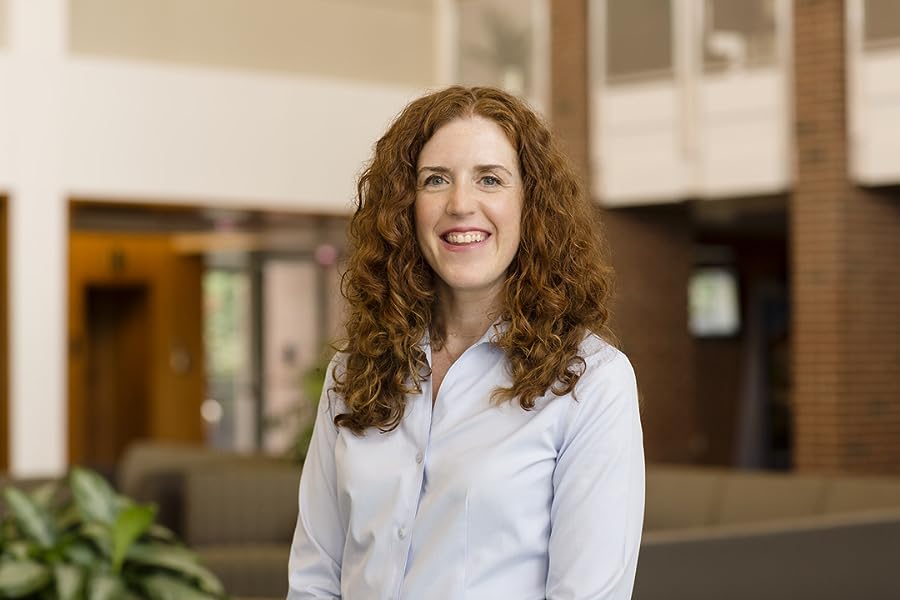 by Colleen Murphy (Author)
3.6 out of 5 stars 5 ratings
See all formats and editions
Sorry, there was a problem loading this page. Try again.

Many countries have attempted to transition to democracy following conflict or repression, but the basic meaning of transitional justice remains hotly contested. In this book, Colleen Murphy analyses transitional justice - showing how it is distinguished from retributive, corrective, and distributive justice - and outlines the ethical standards which societies attempting to democratize should follow. She argues that transitional justice involves the just pursuit of societal transformation. Such transformation requires political reconciliation, which in turn has a complex set of institutional and interpersonal requirements including the rule of law. She shows how societal transformation is also influenced by the moral claims of victims and the demands of perpetrators, and how justice processes can fail to be just by failing to foster this transformation or by not treating victims and perpetrators fairly. Her book will be accessible and enlightening for philosophers, political and social scientists, policy analysts, and legal and human rights scholars and activists.
Read more
Previous page
Next page

'Colleen Murphy develops, and delivers, the bold argument that transitional justice - the way a society reckons with massive human rights abuses - is not ordinary justice. It is not reducible to retributive or restorative principles, nor to case-by-case determinations; rather, it is distinctive justice, because it is concerned with the just pursuit of societal transformation and relational repair. Murphy's book is a game-changer: a must-read for anyone concerned with the theory, practice, and policy of post-conflict rebuilding.' Mark A. Drumbl, Transnational Law Institute, Washington and Lee University, Virginia 'Murphy offers an outstanding analysis. This ambitious book constructs a novel way of conceiving the 'justice' in transitional justice, provoking discussion on a topic that has received little sustained analysis in the burgeoning transitional justice literature.' Margaret Urban Walker, Marquette University, Wisconsin  'Colleen Murphy's new book on transitional justice displays her signature blend of analytic rigor, elegant writing and empirically anchored theorizing. She follows up her excellent first book on political reconciliation with a volume on what it means to transform a war torn society so that it can, ultimately, become reconciled. The just pursuit of political transformation, Murphy argues, is at the heart of the idea of transitional justice. This is the best, most ambitious philosophical account of transitional justice that I have read. The book can be read with great utility by scholars and students seeking to understand the unique conditions and dilemmas surrounding transitions, as well as by policy makers interested in fashioning decent and legitimate transitional institutions.' Nir Eisikovits, University of Massachusetts

'In The Conceptual Foundations of Transitional Justice, Colleen Murphy develops a theoretical framework for understanding the conditions, objectives, and processes of transitional justice. It is a very interesting and useful contribution to the literature on transitional justice ... the book helps us to rethink how we - practitioners, interested parties, and scholars - can more coherently, effectively, and justly respond to past wrongdoing.' Roger Duthie and David Tolbert, International Center for Transitional Justice

'By reframing justice away from legal accountability and toward the evaluation of legal responses based on their contributions to reforming political relationships, between citizen and state and among citizens, she moves past the increasingly unsolvable debates that have preoccupied the field.' Laurel E. Fletcher, University of California, Berkeley School of Law

'Murphy deserves accolades for traversing numerous disciplinary divides in her approach to transitional justice. For scholars seeking to build more bridges between international law and philosophy, this books offers an excellent way as to how it can be done.' Steven R. Ratner, University of Michigan Law School

'Murphy eloquently argues that transitional justice is not like normal justice; it is qualitatively different because of the fundamentally distinct circumstances that constitute periods of political transition. These include: (a) pervasive structural inequality; (b) normalized collective and political wrongdoing; (c) serious existential uncertainty; and (d) fundamental uncertainty about authority. These background circumstances mean that ordinary ideas of retribution, corrective justice, and restitution do not cater to the needs of societies undergoing transition from authoritarianism/mass violence to democracy/peace. The misfit with these usual concepts of justice is so acute that we must craft an entirely new, distinct brand of justice that follows its own logic and answers to its own self-consciously defined first principles.' James Stewart, University of British Columbia

This accessible book analyses transitional justice and discusses how it differs from retributive, corrective, and distributive justice.

Colleen Murphy is Professor of Law, Philosophy and Political Science at the University of Illinois, Urbana-Champaign.
Read more

Colleen Murphy is the Roger and Stephany Joslin Professor of Law and Professor of Philosophy &amp; Political Science at the University of Illinois at Urbana-Champaign, where she also serves as and Director of the Women &amp; Gender in Global Perspectives Program. Visit her website at: https://www.drcolleenmurphy.com.

JBernal
5.0 out of 5 stars Best Book on Transitional Justice 2017
Reviewed in the United States 🇺🇸 on November 8, 2017
Verified Purchase
One of the best books on legal philosophy currently out there. Anyone remotely interested in democratization processes around the world should take some time to read this masterpiece. Colleen Murphy has a divine gift of explaining extremely complex ideas in basic terms readers can easily comprehend and internalize. A MUST READ!!!
Read more
2 people found this helpful
Helpful
Report abuse
See all reviews