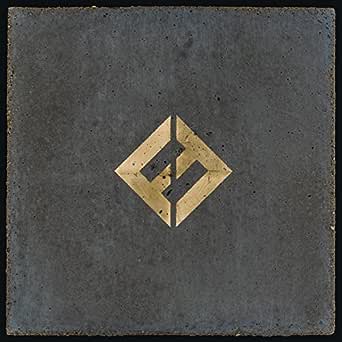 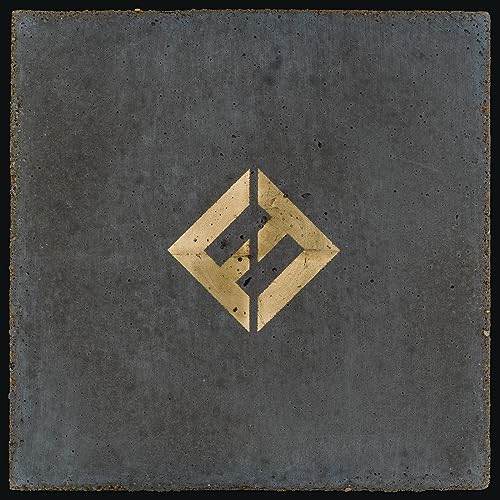 Foo Fighters
September 15, 2017
4.6 out of 5 stars 2,203 ratings
See all 5 formats and editions Hide other formats and editions
Buy the CD album for $11.98 and get the MP3 version for FREE.&nbspCD album ships from and sold by Amazon.com. Terms and Conditions. Does not apply to gift orders. Complete your purchase of the CD album to save the MP3 version to your Music Library.

4.6 out of 5 stars
4.6 out of 5
2,203 global ratings
How are ratings calculated?
To calculate the overall star rating and percentage breakdown by star, we don’t use a simple average. Instead, our system considers things like how recent a review is and if the reviewer bought the item on Amazon. It also analyzes reviews to verify trustworthiness.

Robby
2.0 out of 5 stars Ive been a major foo fighters fan since the 90s, but this album lacks
Reviewed in the United States on April 13, 2018
Verified Purchase
The album isn't bad, but doesnt have a single strong song. They tried a few quieter sounds that didn't find a groove and the loud stuff has no real melody or energy. The album isn't bad, but you'll have to be a very diehard fan to love it
Read more
14 people found this helpful
Helpful
Report abuse

Me
1.0 out of 5 stars Least favorite Foo Fighter album
Reviewed in the United States on October 28, 2017
Verified Purchase
I have been a Foo Fighter fan for a long time. This is by far my least favorite album of theirs. There are a couple of decent songs, but I really don't like the overall sound and mix of the album. Wish they would have stuck with Butch Vig as the producer for this album.
Read more
17 people found this helpful
Helpful
Report abuse

Chumly
3.0 out of 5 stars Following Sonic Highways has to be tough.
Reviewed in the United States on April 27, 2018
Verified Purchase
So hard to review anything of theirs after Sonic Highways and as a listener. I know as a creator you don't want to do that same recipe again and again, so we have Concrete and Gold. It's new Foo and...darn it, they did well on this album with new ideas. Feels like Wasting Light again though. White Limo could be on this and not be out of place.

I won't bash it one bit and leave this as my only review. 3 stars isn't bad, I did like it. I just don't give out 5 stars so my scale is weighted on 5 being a bonus point for above and beyond..perfection. I just have this to compare to an album that took me on a journey of my soul, the documentary, the mixing board, and then back to reality of Foo that I've learned to love over time. It's the same Foo but improved, just not that one album that slam dunked with spud web in my dreams. Back to the benchmark that I put waaaaay up there, and Dave and crew should be proud of that. This is simply a follow up album that his very hard to impress since the last one was great.

You like foo, you buy foo. Give it a test drive Watch the videos too, so fun.

Xopher
5.0 out of 5 stars Still at the top of their game!
Reviewed in the United States on April 9, 2019
Verified Purchase
Is there anything left to say about FF? You can only compare this album to other FF albums and have heated debates about where it stands in the catalog of what will inevitably be considered one of the greatest rock bands of all time. If you're reading this you either already know exactly what I am talking about or you think you know too little to judge whether this album is worth your time and money. To folks in the latter group, this is a remarkably consistent band and if you like anything you've heard from them before, you'll probably like this too.
Read more
3 people found this helpful
Helpful
Report abuse

Chris
5.0 out of 5 stars A Foo Fighters Fan must!
Reviewed in the United States on September 11, 2019
Verified Purchase
Foo Fighters continue to evolve where one album sounds unlike the other. This is the perfect evolution they've continued to craft. This may be their most diverse and underrated album. I keep thinking they're going to have to botch an album eventually and thought this may be it. I was wrong. The only tease is the first song which is an intro and has the potential to be the best song on the album. This is the best CD for the price on Amazon right now.
Read more
Helpful
Report abuse

Michael V.
3.0 out of 5 stars Again no up to potential
Reviewed in the United States on December 31, 2017
Verified Purchase
Look, I love the Foo Fighters live, but I think 75% of their records are over-produced pap. "Neighborhood" rocks, is original and passionate and rock radio-single of the year for me. The rest is samey. So, ya got a piece of gold, mebbe some copper ("Dirty Water") and the rest is manufactured stone.
Read more
2 people found this helpful
Helpful
Report abuse
See all reviews

John Duffy
4.0 out of 5 stars Departure
Reviewed in the United Kingdom on November 3, 2017
Verified Purchase
Concrete and Gold is a departure by the Foo's from the theme and style of Sonic Highways, a different album altogether in fact, than anything Dave & Co. have produced before.
The production on the recordings is fine.
At first listen I could see what so many people have complained about.
I discovered thankfully if the album is given a listen on good speakers/headphones/earphones at a lower volume, it shines, no fuzziness, raspiness or distortion.
Just thought I'd put that out there first.
As per the style of Foo Fighters songs so far Concrete and Gold has moments you'd hear a pin drop, and bursts of guitar & vocal -laden chaos that only after several listens can you choose to follow the vocals or another element of that chaos, but it is a calculated, reined-in chaos.
Catchy songs such as The Sky Is a Neighborhood guarantee the album won't fade into obscurity, a number promised to land in the charts, and some heartfelt songs, melancholic, reflective, angry, hopeful - everything fans love about the Foos.
With 8 albums in the rear-view you can always be sure Foo Fighters are here to stay.
And while the music industry is a hungry, greedy beast, Dave & Co. manage to feed the monster while slipping some genuine dishes under its radar, too.
When the price of success has been Learn To Fly, Break Out and a few other mainstream, almost 'pop-rock' releases, Foos in their heart are rock-metal.
Concrete and Gold is another welcomed addition to the Foo Fighters catalogue.
Four stars!
Read more
4 people found this helpful
Report abuse

Mr. A. D. Bickerstaffe
4.0 out of 5 stars If You Only Buy One...
Reviewed in the United Kingdom on October 10, 2019
Verified Purchase
If you only buy one Foo Fighters album, make this it. Like all their work it is full of uplifting hooks and big choruses, but here the content is balanced (the Greatest Hits album, by contrast, becomes wearying in its similarity). At times - for instance The Sky is a Neighborhood, and Sunday Rain - you feel that The Beatles, in their Abbey Road period, should receive royalties. No bad thing though, and the results are delivered with aplomb. Make It Right has elements of Led Zeppelin; there are snatches of Motorhead in places, and Run sounds like ?Journey? So it wins no prizes for originality, but sounds good, and that's the main thing.
Read more
One person found this helpful
Report abuse

I. J. Wilks
2.0 out of 5 stars Do you want my copy ?
Reviewed in the United Kingdom on September 28, 2017
Verified Purchase
There is something wrong with this recording. It sounds muffled and muddy. No highs or lows. Deliberate I guess but ruins this album for me. A couple of ok songs, but the sound recording technique has spoiled everything.
Read more
10 people found this helpful
Report abuse

DorsetBlue
3.0 out of 5 stars One for the fans collection but not the best
Reviewed in the United Kingdom on January 10, 2018
Verified Purchase
The Foo Fighters are one of the best live rock bands in the world. They have a massive number of hits, over a large back catalogue to pick from, for these live concerts. I must admit though, the last 'concept' album did not really add to that catalogue. It was a clever idea and made a good series to watch whilst I was flying to Florida for my hols a few years ago. It did not make a stand out album, good but not excellent. Also probably only 1 or at the most 2 tracks make it onto the live setlist.
Now we have a new album and we are back to a traditional, collection of songs album. The last one of these albums was Wasting Light. I have a soft spot for that album, it came along at a particularly defined moment in my life. However the most important thing with that album was, it had a good percentage of great songs. Now on to Concrete and Gold....ahh.
Okay, it is not a bad album. I get the feeling that Dave and Co wanted to experiment a little with different styles and themes. However, alas, it does not really have many tracks that add to the glorious existing back catalogue. I suspect maybe 2 of these tracks will make regularish appearances on the live set list, after the latest tour i.e. The Sky is a Neighbourhood and La De Daa. The rest are good but just not the anthemic you kind of expect from the Foos.
So if a Foos fan, definitely add this to your collection. Just expect it not to be regularly played in its entirety. Your setlist will probably just pick the two stand-out songs stated above.
Read more
One person found this helpful
Report abuse

NJ
3.0 out of 5 stars Nothing here would get on a Greatest Hits Compo (IMO) .....
Reviewed in the United Kingdom on October 25, 2017
Verified Purchase
I really need to to give this more listens, as at the moment, it's not grabbing me like a new Foo release should. During the first play i was sooo close to even skipping on a track as I didn't think it good enough. Can't remember which one right now, but I was wondering if this is one of the best they chose over other potential songs for a new album, the ones they rejected must have been really poor. Underwhelmed, that's how I feel so far. Hopefully my attitude towards it will change with more play, but right now, i@m searching through older cds to play in the car for the long drives home . . . . . C'mon Dave & chums, up your game next time please.
Read more
4 people found this helpful
Report abuse
See all reviews