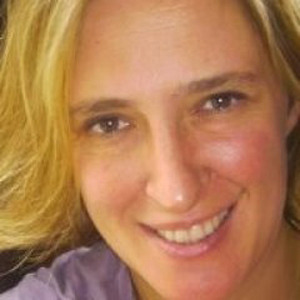 3.5 out of 5 stars
3.5 out of 5
34 global ratings
How are ratings calculated?
To calculate the overall star rating and percentage breakdown by star, we don’t use a simple average. Instead, our system considers things like how recent a review is and if the reviewer bought the item on Amazon. It also analyzes reviews to verify trustworthiness.
Top reviews

Paige
1.0 out of 5 stars This book didn't do it for me...
Reviewed in the United States on August 20, 2012
Verified Purchase
I'm easily hooked by books, but this one didn't do it. At 27% I finally had to give up on it and put it down. Not only was it fairly depressing. Her weight is described as overweight but she only weighs 145? I couldn't get into the book and finally decided to put it down. There is very little going on with the characters beyond binge drinking, random hook ups, major depression, and relationship delusions, none of which amount to the quality book I had expected.
Read more
3 people found this helpful
Helpful
Comment Report abuse

Gaele
4.0 out of 5 stars Oh - I know that blogger
Reviewed in the United States on April 29, 2012
Verified Purchase
And then I read the book description - and HAD to have it. I had hoped that Emma Kaufmann would carry her 'light' tone and humour so well displayed on her blog to a book - and she did.
From childhood nicknames like Pickled Egg and Gherkin to the fast paced 'self analysis' without Freud or even therapy, this book draws you into the life of Kate, and you 'get' it. Sure, we may not be jetting off to Vienna with our roomie for a weekend, or work in an advertising agency - but we all have a "static cling queen" in our office, and that one guy that you may fantasize about a fling with - Kate does. And emerges stronger and perhaps wiser, until the next time. And sometimes it does take more than once to realize what is under all the fripperies and masques we put on. And she does. Spectacularly.

Certainly worthy of being on any shelf for a quick 'pick me up', as well as a great read to just hide away for a few hours in.
Read more
Helpful
Comment Report abuse

OaktonMom
1.0 out of 5 stars A more annoying version of Briget Jones Diary
Reviewed in the United States on August 26, 2012
Verified Purchase
Bad chick lit - fluffy and annoying to read. The character is unlikeable, the writing is dull and predictable. (A more annoying version of Briget Jones Diary) Honestly didn't even finish the book - maybe the ending is amazing but that would hardly make up for the waste that is the first part of the book.
Read more
One person found this helpful
Helpful
Comment Report abuse

karen o
4.0 out of 5 stars A very light fun read
Reviewed in the United States on July 24, 2012
Verified Purchase
I enjoyed this story about Kate Pickles and her sister very much. Kate is a single female living in London and works in an advertising agency. She and her roommate are both unattached. Kate deals with her feelings by eating various pastries and stuffing her feelings. Kate's sister is married, living in Australia and dealing with mommyhood. They email and write each other about life'e events and concerns.

Kate has difficulty in her personal life dealing with her ex-boyfriend. Kate's sister reminds her that he did not always treat her in the most positive way. He left her for another woman who gets the brunt of his negative characteristics. Kate also is unhappy at work dealing with her boss and some of her colleagues.

Kate makes some changes her life and starts to make improvements to her mental/physical health. These changes help her grow into a person she is meant to be, not the person she is.
Read more
Helpful
Comment Report abuse

Regina TJ
3.0 out of 5 stars Nice summer read
Reviewed in the United States on August 27, 2015
Verified Purchase
Easy summer read, good character development. A little disjointed in a few spots but it didn't detract from the enjoyment. It's not my preferred genre but I'm glad I gave it a shot.
Read more
Helpful
Comment Report abuse

YooperReader
5.0 out of 5 stars A fun romp
Reviewed in the United States on April 11, 2012
Verified Purchase
I avoid traditional romances like the plague, and fortunately this is definitely NOT a traditional romance! I laughed out loud in places, I could absolutely sympathize with the cake addict, and some of her encounters with men made me wonder "did someone film me?" Kaufmann has a good sense of timing and her characters are a hoot, if a tad over the top in places. I especially liked the balance created by having the sister in Australia be a typical conservative soccer-mom type. I'm looking forward to the next Kaufmann, even though I'm waaaay past the target age group....
Read more
3 people found this helpful
Helpful
Comment Report abuse

eltrina horton
5.0 out of 5 stars I loved the humor and how totally real the characters and situations about life.
Reviewed in the United States on June 1, 2018
Verified Purchase
Great read and so much fun to read.
I highly recommend taking the time to read. I hope to read a ze
Read more
Helpful
Comment Report abuse

CynSays
3.0 out of 5 stars How can I put this?
Reviewed in the United States on July 17, 2012
Verified Purchase
This is a great idea for a book. Some parts of it are terrific and others not so much. I don't want to be too discouraging, some people would probably enjoy it in it's current state. For me, I'd prefer a bit more character development and less dangling sub-plots. I found the Count & Marquis were a missed opportunity in particular. I also felt the lack of development of characters in the office occasionally made Kate seem almost cruel and quite shallow in her response to them. I also found the letter format a bit hard to follow at points specifically in regard to time line (passage of time).

I admit there are many books I don't finish because they have nothing that captures my attention. There was enough here (good concept, some terrific dialogue and descriptions of settings) to keep me reading to the end. With a little fine tuning, this could be outstanding. That being said, keep in mind that this is only an opinion. Your experience may well be quite different. I'm going to keep an eye out for other works by this author. I feel that there is strong potential for fantastic chick-lit type books later on, but she's not quite there yet.
Read more
Helpful
Comment Report abuse
See all reviews

Darren
5.0 out of 5 stars A sweet treat to make you smile
Reviewed in the United Kingdom on July 26, 2012
Verified Purchase
I loved every page of this book which proves that it's not just a book for girls. If Bridget Jones Diary can become a best seller and be made into a film then this deserves the same luck. There are thousands of great books out there that deserve to be successful like this one but promoting a book is as difficult as writing one.
If you enjoy Romantic comedies filled with every day confidence issues regarding appearance and finding love then add one to your basket.
I could visualise this being adapted to make a great film on a par with Nottingham Hill, Four Wedding and Love actually.

I have read some reviews stating some loose ends regarding a couple of characters but I like to use my imagination sometimes and this wasn't a problem for me.

So, if you think that happiness is only for the good looking and the rich then read Emma's book because it will make you smile.

Treat this book like a piece of cake. Hold it in your hand and enjoy every little bit.
Read more
Report abuse

Carolie
3.0 out of 5 stars Definately 'Chick Lit'
Reviewed in the United Kingdom on June 16, 2012
Verified Purchase
If you want to escape for a while into the land of a girl working for an advertising co. it might be for you.

Purpledots
2.0 out of 5 stars Not what I expected
Reviewed in the United Kingdom on July 18, 2012
Verified Purchase
Found this book to be lacking something and really didn't enjoy reading. Found myself bored in places and won't be reading again
Read more
Report abuse

Miss L Tait
1.0 out of 5 stars Absolutly awful
Reviewed in the United Kingdom on March 26, 2013
Verified Purchase
Horribly written, all over the shop plot. Glasd it was free as i'd have been gutted to pay for it.
Read more
Report abuse

claremacn
5.0 out of 5 stars I love cake!
Reviewed in the United Kingdom on July 30, 2012
Verified Purchase
This is a great easy read - fab book for the summer either lying on a sun lounger or watching the rain drip down the window pane. A must buy for some light hearted love, fun and frolics. Don't delay order it today!!
Read more
Report abuse
See all reviews