Confessions of a Corporate Slut and millions of other books are available for Amazon Kindle. Learn more
Share
Have one to sell? Sell on Amazon 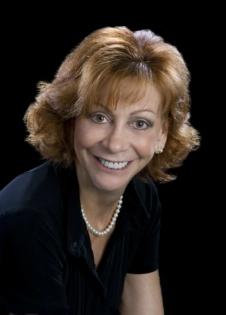 Discussion about CONFESSIONS OF A CORPORATE SLUT with author Jacqueline Gum
A woman's role in marriage has been in a state of evolution since Adam and Eve. But the 70s and 80s were a confusing time. Most women had traditional role models in their mothers and grandmothers who were the typical stay-at-home moms of the era.
But the feminist movement was steaming ahead with a clear message that women could "have it all." During this time, there was a segment of women who blended those philosophies by becoming "professional" corporate wives.
In this story, Roberta Wendall sells her successful company, and applies her business acumen to the growth of her husband's company. Working unpaid and behind the scenes, her advice is sought by her husband's minions and even industry professionals who are aware of her role. At the same time, she masters a specific skill set by becoming the ultimate hostess to his many business associates.
She's unaware that her much directed creation of her husband's image, resulting in the dynamic growth of his company, is chipping away at her very substance.
It isn't until he surreptitiously dumps her that she realizes that she created a world for him, yet is left standing outside the gates peering in. Divorce, to her, was like being fired from a well-earned executive position.
Her journey is filled with irony and wry humor as she slowly comes to grips with the knowledge that she was complicit in her own destruction.
While Confessions of a Corporate Slut deals with the complexities of the life of a corporate wife, the backdrop is based in a corporate environment and highlights the unique way it colors the professional woman and her view of marriage.
Read more

I was born, raised and educated throughout the Midwest and began writing as soon as I could hold a pen. It seemed easier than talking. I regularly wrote stories to my mom and dad and though encouraged to pursue writing, I found myself at the University of Cincinnati, College of Business. My career was spent in a male dominated industry (heavy duty restaurant equipment) where I managed to successfully navigate a sea of testosterone.
A sane woman wouldn't choose writing novels as a vocation. But though steeped in angst, writing feeds my soul. I used to arrange flowers but now I derive great joy in arranging words. The idea is that people might cry or laugh as they connect to them.
My first novel, Confessions of a Corporate Slut was published in January 2008. The title is metaphorical...tongue in cheek for smart women who give away their intellectual property for free...to benefit a spouse. Its publication preceded the very public stories of Silva Spitzer, Elizabeth Edwards, et.al. Midwestern Review gave it a 5 star rating.
Haunting Tryst, a short-short story, was published by Bewildering Stories, an online literary magazine, in 2009.
I am currently seeking representation for The Accuser's Burden, my second novel, and actively writing my third novel, The Flame Dame Chronicles.
Read more: jacquelinegum.com/
Follow us: @JacquelineGum on Twitter | Confessionsofacorporateslut on Facebook
Read more
Start reading Confessions of a Corporate Slut on your Kindle in under a minute.

4.5 out of 5 stars
4.5 out of 5
32 customer ratings
How does Amazon calculate star ratings?
Amazon calculates a product’s star ratings based on a machine learned model instead of a raw data average. The model takes into account factors including the age of a rating, whether the ratings are from verified purchasers, and factors that establish reviewer trustworthiness.
Top Reviews

Richard A. Lawhern
5.0 out of 5 stars A Searing and Instructional Memoir
Reviewed in the United States on July 21, 2014
Format: Kindle EditionVerified Purchase
The author's narrative in these confessions deserves to be called "searing". As a personal memoir, it leads us through the inner and outer life of a complex and gifted woman. She grows up in a dysfunctional family, makes a success of herself by her own efforts and drive -- and is then profoundly emotionally abused in her 15-year marriage to a deeply flawed and morally bankrupt man. Despite being manipulated by romance, she is intelligent enough to know what is happening to her during much of the debacle. She merely fails to pay attention or to register the harms being done to her along the way.

Readers may wonder "why does she let this happen?" And that question may not have a full answer in the book. Though the heroine is outwardly fortunate in circumstances, even rich, such circumstances do not compensate for the loss of her self. She turns off the alarm bells whenever they sound. She has a great deal of company in real life, among abused women. This is a book that deserves reading by any woman who has ever looked at her own romantic life and found herself wondering "what am I missing? Why am I so unhappy? Why am I with this man after all that he has done to me?"

JeriWB
5.0 out of 5 stars Losing One's Self
Reviewed in the United States on November 25, 2014
Format: Kindle EditionVerified Purchase
Jacqueline Gum's novel skillfully portrays one woman's loss of autonomy that comes about when she gives up a successful career to become a corporate wife. Roberta uses her gregarious personality and killer business instincts to further her husband's business. It soon becomes clear her husband isn't as devoted to her as she is to him. All the while, Roberta is self-aware and yet helpless to distance herself from the situation. After all, many readers can relate to the countless ways we stand by our significant others even when the relationship is clearly falling apart.

As someone who strives to do my best when it comes to work, and also as a fellow childfree woman, this novel raises a myriad of issues prevalent to this day and age. The choices we make are guided by so many factors. On the one hand, some readers will find Roberta too self-centered and perhaps pathetic for not getting out of her situation sooner. Yet, the writing contains an honesty that can't be denied. The thematic elements are rich and the writing strong.

Other reviewers have detailed the novel's plot, so I won't repeat what they've written. I'll just say that what I liked best about this story is that it's driven by the main character, Roberta. While reading it, I felt as if I were reading a letter from a good friend, telling me about what's going on in her life. Before I opened the book, I wondered if this would be the story of a woman who slept her way to the top, but that's definitely not the case with Roberta. In fact, she works hard to become one of the boys in a male-dominated field. She is a strong woman who uses her intelligence, work ethic, sense of humor, and chutzpah to attain success long before she meets, falls in love with, and marries the rich guy. Though she lives through the bra-burning days of the women's movement and personifies all that those women hoped to achieve, Roberta never feels a part of that crowd. She's a goal-driven, charismatic, loving, caring woman who forges ahead and gives of herself, even when her hard work isn't appreciated or acknowledged.

This book details the demands placed on wives of high-powered corporate executives, especially those involved in sales. Yes, they have the trappings of success--big houses, fancy cars, jewelry, designer clothes--but none of that is free. It is earned, partially by being what Jacqueline Gum calls a "pooper scooper"--cleaning up her husband's mistakes. Gum's descriptions of Roberta's days and the demands placed on her made me tired just by reading them! Roberta's story is told with feeling, insight, and humor.

Confessions of a Corporate Slut is one of the best books I've read. I recommend it to readers who enjoy stories about strong, successful women, as well as anyone who is curious about the day-to-day lives of the women who share their lives and their talents with successful and powerful men. By the way, the book has been meticulously edited, leaving the reader free to enjoy the author's words without annoying grammatical errors.
Read more
One person found this helpful
Helpful
Comment Report abuse

Diana Marinova
5.0 out of 5 stars Inspiring story served with tons of humor
Reviewed in the United States on June 8, 2014
Format: Kindle EditionVerified Purchase
Jacqueline Gum has a very specific writing style which i know from her blog - that's why i opted in to read her book as well. I loved her sense of humor and storytelling skills. The book is worth it even for those two things alone.

It left me both sad and inspired. Sad, because of the tough choices the main character had to make and the tough realizations she had to face. But inspired basically for the same reason - because she did make the tough choices and moved on when it was the hardest thing to do.