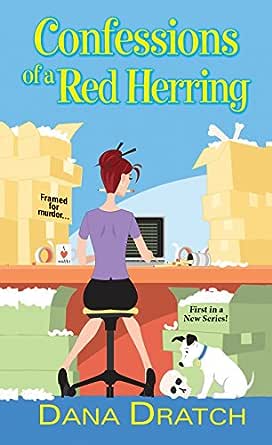 You've subscribed to A Red Herring Mystery! We will preorder your items within 24 hours of when they become available. When new books are released, we'll charge your default payment method for the lowest price available during the pre-order period.
Update your device or payment method, cancel individual pre-orders or your subscription at
Your Memberships & Subscriptions
There was an error. We were unable to process your subscription due to an error. Please refresh and try again. 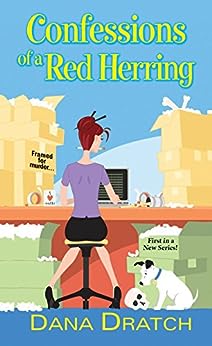 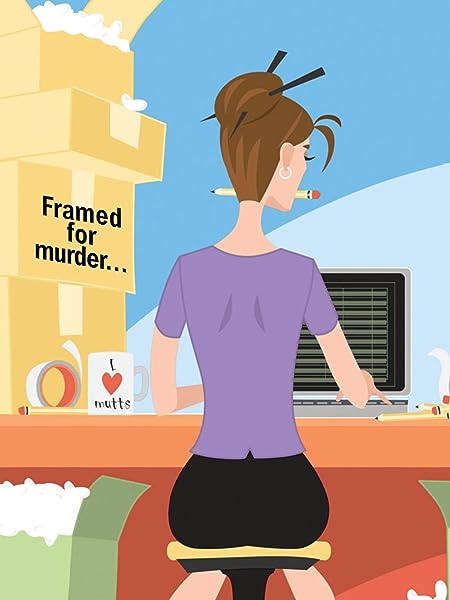 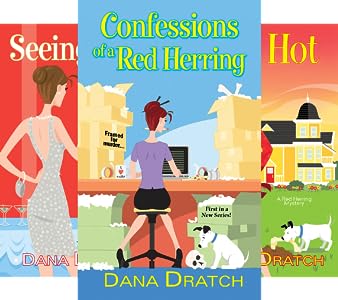 Dana Dratch is a former newspaper reporter and current personal finance writer. When she's not finishing Seeing Red—the next Alex Vlodnachek mystery—you'll spot her byline on a host of top news sites. You can learn more about her mysteries at ConfessionsofaRedHerring.com. --This text refers to the mass_market edition.

Tari H.
5.0 out of 5 stars Corporate corruption and murder at its best but so hilariously told!
Reviewed in the United States on March 29, 2019
Verified Purchase
I laughed so much while reading this book, but there were definitely some nail biter parts too. When Alex's brother and his fiancee moved in with her, they brought along a dog they'd just adopted. Lucy sounded like just the cutest little thing. That was chaotic enough with trying to make room for two extra people and potty train a pup, but when Alex's Russian grandmother, Baba, came to stay and help, the chaos and humor escalated.

It was funny enough to picture Alex putting on a disguise to go clean toilets in the place she'd been wrongly fired from to retrieve a small recorder she'd planted in a vase, but the scene after she went to the dentist almost had me on the floor. Yes, there was murder involved which was no laughing matter, but I love the style of the story and I loved the humor injected by the author. The characters were awesome too. I had to admire Alex for starters. I would have been scared to pieces in her shoes. Her brother was a hoot, and I loved the banter between them. He was so sweet with his little dog. His girlfriend Gabby was probably not quite above the law, but she and Baba definitely came in handy during an epic two-part showdown. I liked the new neighbor Ian who is opening a B&B--I'm sure he and Alex will get together at some point. And sweet Trip, crazy Trip, who wouldn't want a bestie like him? Reliable, sometimes cynical but always a reporter with integrity. I'm anxious to read the next book, since there's a little teaser for it at the end of this one.
Read more
Helpful
Report abuse

iiiireader
#1 HALL OF FAMETOP 100 REVIEWER
5.0 out of 5 stars A funny start to a new series
Reviewed in the United States on May 22, 2019
Verified Purchase
Alex Vlodnachek is the sleuth of this story. She was a reporter (at low pay) for many years. Just a few months ago, Alex left her newspaper job for a high-paying job in public relations. The PR firm she works for leaves a lot to be desired. They push their employees to work crazy hours and seem to fire them fairly quickly.

When the boss tries to “give” Alex to a client for a night, Alex chews him out in public and figures she is out of a job. When the boss turns up murdered, Alex becomes the number one suspect. People who were her work-friends turn against her and blame her as well.

If that wasn’t enough, members of Alex’s family descend upon her. It is a plot, obviously, to drive her completely insane. Though, not crazy enough to stop her from noticing the new good looking, Englishman who has purchased the neighborhood wreck across the street from her home.

Alex turns to her newspaper roots and looks for the real murderer. Along the way, we learn to love the crazy family as well as the crazy neighbors.

The story is fun and funny. The mystery is good as well. I had a lot of fun following the “red herrings” the author left in the story. I’m looking forward to reading the next book in the series and finding out where Alex sleuths next.
Read more
Helpful
Report abuse

Betty Louise
5.0 out of 5 stars A good read
Reviewed in the United States on April 13, 2019
Verified Purchase
The first book of a new series, a Red Herring. Alex Vlodnachek is working as a Public Relations company when her boss attempts to pimp her out to a customer. She publicly rejects him and leaves. A couple of days later, the police show up and arrest her for his murder. She has an alibi and is clear but rumors are spread that she killed him. Her brother and his new wife join her, and their elderly grandmother arrives unexpectedly. Before long her small home is overwhelmed with guests. She meets Ian next door who is converting a Victorian mansion to a B&B resident. Will her nemesis succeed with her plan to send Alex to jail. I HIGHLY RECOMMEND THIS BOOK AND SERIES.
Read more
Helpful
Report abuse

Marivale
5.0 out of 5 stars Humor and a good mystery
Reviewed in the United States on June 20, 2019
Verified Purchase
Good mystery, interesting characters and laugh out loud moments. Look forward to the next book!
Read more
Helpful
Report abuse

Amazon Customer
5.0 out of 5 stars Enjoying it
Reviewed in the United States on May 30, 2019
Verified Purchase
Reading
Read more
Helpful
Report abuse

The CEO at Alex’s new agency turned up dead and all eyes landed on Alex as the one who had done the deed but when that also gets her fired from her job and broke Alex knows she needs to clear her name. The stories begin to fly on just who Alex was aiming the attention at her so she does a little undercover investigating to find the truth but that just may put her and her family in danger.

When picking up a book and it makes me chuckle on the opening page I know that I should be in for a good read. Starting this one off that was just what happened when I read the opening….

“I felt zero guilt for calling in sick Monday. “Sick of Work” would have been more accurate.”

Ok, now really who out there can’t relate to that one?? Pretty sure it would be a pretty low percentage that had not had that thought at least once in their lives so Alex immediately became somewhat relatable already. There were a few times I think the humor fell a little short of the mark to me but plenty of times that it had me laughing too. I do think there were a few slower moments along the way in the story, perhaps when the humor wasn’t drawing me in but overall this one was a fun start to this series that will bring me back for more.

I received an advance copy from the publisher via NetGalley.
Read more
3 people found this helpful
Helpful
Report abuse
See all reviews