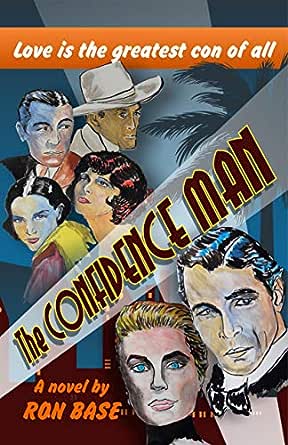 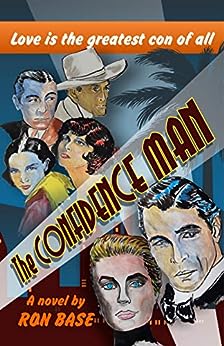 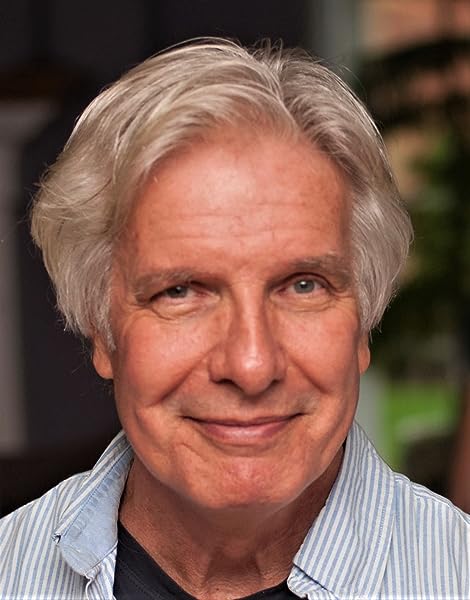 The Making of The Confidence Man


What fascinated me most researching the Los Angeles of 1928 for my new novel, The Confidence Man, was the lost world of movies I encountered.

That was the year, as any film buff knows, sound movies were introduced (most notably for Al Jolson's The Jazz Singer). With a speed that even today astonishes, the movies underwent a seismic change as they began to talk.

Most of the thousands of silents Hollywood had churned out over three decades disappeared and the stars who made them--and who made fortunes and lived like kings and queens because of them--were out of work and, along with their movies, soon forgotten.

Tracing the last days of a fading, silent Hollywood was like witnessing a civilization crumble overnight, although at least some evidence of that civilization survives in dusty archives.
"Romance Blooms in Lilac Time," trumpeted the Los Angeles Times on July 15, 1928 in one of the gargantuan spreads, complete with pen and ink illustrations, that were part of the saturation coverage the paper gave to the movies in those days.

"This story of the love of a French maid for an English airman which comes to the Cathay Circle tomorrow night, does more than bring a breath of romance from Normandy," the story continued.  "It brings Colleen Moore to the screen in her first romantic role..."

There was actually some talking in Lilac Time, although Ms. Moore remained quiet as the French maid, just as well since she was a very American actress who had become one of the most popular stars of the time by appearing not in romances, but comedies.

The Toilers also received huge front-section coverage from the Times. "Deep below the earth's surface, The Toilers are found," the paper announced. "This is not a pretty picture. The Toilers, which comes to the United Artists Theater this week, tells a somewhat grim at times, tale of the struggle for sustenance of a group of miners and of the romance of one of them. Douglas Fairbanks Jr. and Jobyna Ralston have the leading roles."

Delores Del Rio and Charles Farrell were also opening in The Red Dance. Rene Rich was starring in The Women They Talk About. John Gilbert was in The Four Walls, and Clara Bow, perhaps the biggest female star of the era, known as The "It" Girl, was opening in The Fleet's In.

In an interview in the Times, Miss Bow said she was in fact tired of being The "It" Girl. The paper reported that "Clara is not signed up for any talkies yet, but they have taken a test of her voice, which has been pronounced excellent."

That wasn't quite true. Clara Bow actually had a lisp that she could not overcome and although she did make several successful talking pictures, her career was essentially over by the age of twenty-five.

However, one of Clara's boyfriends, a young former stunt man from Montana named Frank Cooper did okay when pictures began to talk, despite the fact that he was viewed in the industry initially as a no-talent gigolo willing to sleep with every starlet in town.

Notice was taken when he co-starred with Colleen Moore in Lilac Time, even though he was no one's idea of a British airman. Changing his name to Gary helped, as did roles in Wings with Bow and The Virginian, the talking film that made Gary Cooper a star.

The evolution of Frank Cooper from a young Hollywood playboy with nothing much more on his mind than bedding starlets into Gary Cooper, beloved movie icon, was one of the things about the era that most intrigued with me. How did such a dramatic personality change take place? What could have caused it?

Those questions, as well as the intoxicating drama and romance of that era, provided the foundation for the novel I was writing. To help explain Coop's metamorphosis, I introduced a mysterious young confidence man named Billy Dice. Billy is hired by the studio to keep an eye on Coop, drive him around, and make sure he stays out of trouble.

In a town full of confidence men and women--and Coop himself is something of a con man in his early years--Billy fits right in. He gets himself involved with a beautiful flier and mountaineer named Nell Devereaux, has to confront a nasty Cuban dictator named Gerardo Machado, deal with various gangsters, including a rat-faced young hood from the east named Georgie Raft, and generally try to figure out how much of his life is real and how much of it is the illusion he has created for himself.

The result of all this intermingling of fact and fiction is The Confidence Man. I began working on it when I lived in Los Angeles seemingly in another lifetime, and have toiled over various versions ever since.

In the course of the writing, I spent hours at the Margaret Herrick Library, the exhaustive archive of the Academy of Motion Picture Arts and Sciences on La Cienega Boulevard  in Beverly Hills, a treasure trove for anyone interested in the history of movies. I also poked through the voluminous film collections at the  School of Cinema-Television at the University of Southern California.

Doing the research for the book was part of a transformative period in my life. I met and married my wife Kathy during this time, and, thanks to her, poured my heart and soul into the writing of The Confidence Man, finally able to explore deeply held feelings about love, the winning and losing of it, the movies, and the magic they contain that has sustained me in so many ways.

The time described in The Confidence Man is, of course, long, long gone. And yet, every once in a while as I left the Margaret Herrick Library after a day of immersing myself in ancient movie lore,  I would encounter Los Angeles at dusk suffused in a crimson light--the light, incidentally, that so brilliantly informs Roman Polanski's Chinatown.

At those moments, with night falling, I would stop and in a curious but very real way find myself transported back to that forgotten world when the movies were beginning to talk. Even in contemporary Los Angeles, I discovered that the ghosts of Old Hollywood were very much present.

They haunt me still, living in The Confidence Man.

Author Ron Base lived in Los Angeles for six years researching and writing "The Confidence Man."

Born in Canada, Base spent many years as a journalist. For a decade he wrote about movies for The Toronto Star, Canada's largest newspaper.

His work also appeared in many other publications, including The Los Angeles Times, The Chicago Tribune, The Miami Herald, The Washington Post, and Cosmopolitan.

For his sins, he also wrote screenplays in Los Angeles, Toronto, Paris, and Rome. He worked with legendary directors, John Boorman and Roland Joffe.

He now divides his time between Milton, Ontario, just outside Toronto, and Fort Myers, Florida, where he writes the Sanibel Sunset Detective series of mystery novels.