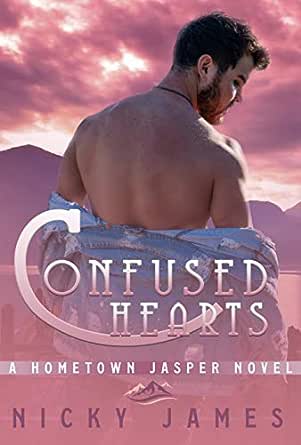 You've subscribed to A Hometown Jasper Novel! We will preorder your items within 24 hours of when they become available. When new books are released, we'll charge your default payment method for the lowest price available during the pre-order period.
Update your device or payment method, cancel individual pre-orders or your subscription at
Your Memberships & Subscriptions
There was an error. We were unable to process your subscription due to an error. Please refresh and try again. 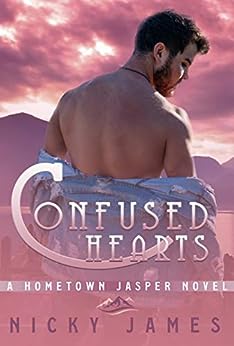 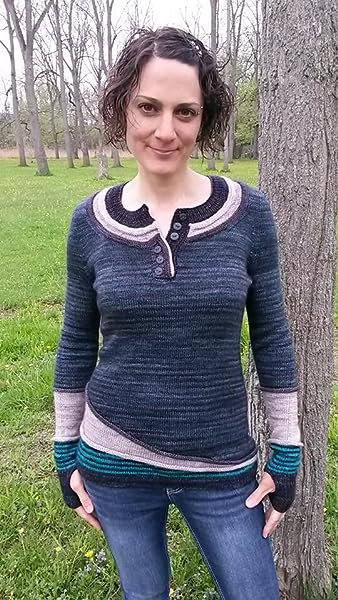 Shop our favorite brands
Check out our wide selection of third-party gift cards.
Shop now
click to open popover
Books In This Series (4 Books)
Page 1 of 1Start OverPage 1 of 1
Previous page
Next page 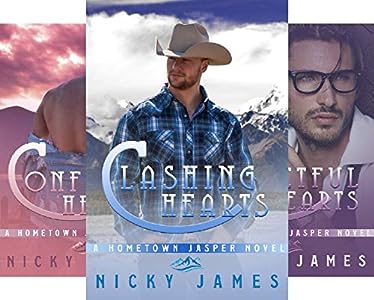 NicoleR.M.M.
4.0 out of 5 stars Enjoyable second book in the Hometown Jasper series
Reviewed in the United States on August 26, 2020
Verified Purchase
3,5 stars, rounded up because it’s Nicky James.

There were times I didn't know if I wanted to slap Knox in the face or hug him. For a long time he annoyed me to bits, specially in the first part of the book. He was sweet and all, but his denial took a bit too long. It almost had me losing interest. Maybe if it weren't for Lucky and his almost in-humanly patience, I would have. Lost interest, that is.
But since we're talking about a Nicky James book here, the writing is flawless, as always, and that made me round up to 4, but this book definitely wasn't as good as the first one in these series, which I had no problem giving it all the 5 stars it deserved, because that one got me invested from the first page to the last, which, unfortunately, did not happen with this second book.

This book is about Knox, Easton's best friend, but one who started acting kind of weird around him since he met Lachlan and fell in love. He was jealous. Heartbroken, though it took more than half the book for him to admit that. To come clean with the fact that his feelings towards Easton were more than just friendship. To accept the fact that he was, maybe, bisexual.
Knox was a sweet guy, for sure. A caring, hardworking man, who was just too insecure about all his shortcomings and his appearance, therefore not very experienced when it came down to sex, or women in general.
Lucky always sensed there was more to Knox than he wanted people to see. He saw right through Knox's heartbreak and he felt for the guy, slowly tried to make him talk and develop a friendship based on trust and respect. He gave Knox all the time he needed to discover he was attracted to men, and at some point, attracted to Lucky. I admired his patience! He must have had a lot of confidence in Knox, because at the pace Knox was trying to unravel his feelings, it could have taken him years to come clean with it.
But seeing their friendship develop was a nice thing to witness. It felt honest and true and I have to admit the second half of the book kept my attention a lot easier than the first part.

This book is a nice addition to the Hometown Jasper series. It's low angst, it's sweet, but it really does an appeal on your patience.
A 3 star read, added a half star because of the second half of the book, and then rounded up to 4 because it's Nicky James.

Amor Leer
5.0 out of 5 stars Great addition!!
Reviewed in the United States on August 6, 2020
Verified Purchase
Hometown Jasper series is a low angst series from one of my favourite authors.
Mrs James has given us a break from her high angst and is visiting all my favourite tropes. Confused Hearts is Knox's bi-awakening story.

We met Knox in Clashing Hearts where his dislike for his best friend's boyfriend was evident. Knox is shy, self-conscious and so very confused!!
Nicky James's pairing is spot on!! Lucky is just what Knox needed. Someone who was patient, understanding and down right irresistible.
Confused Hearts is a well written, slow burn, bi-awakening, friends to lovers book that had me swooning. I loved all the quirky small-town characters that we revisited in Jasper.

Although Confused Heart can be read as a standalone, I would definitely suggest reading Clashing Hearts first so you get a better read on Knox and his friendship with his bestie (Easton).
I am loving this series, and can't wait for the next book!!
Read more
One person found this helpful
Helpful
Report abuse

Dawn Nicole Costiera
4.0 out of 5 stars 4.5 Sweet Stars!
Reviewed in the United States on September 2, 2020
Verified Purchase
First of all I need to say, how much I am loving this series! The small town of Jasper is just delightful. After reading Clashing hearts and getting to know Knox a bit. I knew still waters ran deep with him. He was the scorned best friend who was left on the sidelines.... While his Bff Easton ran into the sunset with the love of his life Lachlan. Poor Knox, he was so confused about his feelings! The only person he thought was HIS was gone! Leaving him angry, distraught and lost. He was a jumbled mess... Until an inquisitive bartender took notice and interest.

Lucky was sort of new to Jasper. He'd only lived in the town two short years. He was a drifter. Going from place to place never settling. Always searching for something. He was a loner by choice. Never quite comfortable with people or relationships... until an awkward town local caught his eye. He saw the heartbreak and sadness in Knox' eyes and he couldn't look away.

Knox and Lucky's love story was definitely a slow burn. Lucky needed emotional connections to people, while Knox never knew how to form them....
Knox' past left him skiddish around people in general. He had trust issues as well as insecurities. So, when Lucky attempted to form a friendship, he soon realized he had his work cut out for him. Good thing he was a patient man. Slowly he began to break down Knox' walls and opened his eyes and this is how their love story began.
Slow.
Steady.
So damn Sweet.
Just another beautiful couple in the town Jasper!
Josiah is up next and I don't think his story will be quite as sweet! More like a love/hate!
Read more
Helpful
Report abuse

Bo
5.0 out of 5 stars Absolute Surprise
Reviewed in the United States on November 23, 2020
Verified Purchase
Following a superior opening chapter in the lives of men of Jasper, Canada, wherein Easton the cowboy and Lachlan the budding tycoon came together, it was a bit logical that Easton's best, supposedly straight, friend Knox would be jealous.

But I really didn't expect him to be this weirded out, nor did I expect the depth of character that brewery barkeep Lucky possessed.

Short and stocky 36-year-old Knox (on the cover) and taller, lanky 41-year-old Lucky (one blue eye, one brown eye, a silver strip of hair in his blond locks) slip into each other's orbit and from there the exceptional prose of author Nicky James enthralled me.

I have not met two more complicated, yet easily lovable, guys as Knox and Lucky, although I will admit Knox is a bit of a jerk for the first part of the book. Their story is helped along by a goofy set of Jasper residents ranging from a fortune teller to a gossip columnist, and plot twists that are sweet and sometimes frustrating.

But in the end this is a wonderful romance which, when Knox finally gets his head out of his back side, turns out to be scorching and deliciously satisfying.

On to the next chapter.
Read more
Helpful
Report abuse
See all reviews