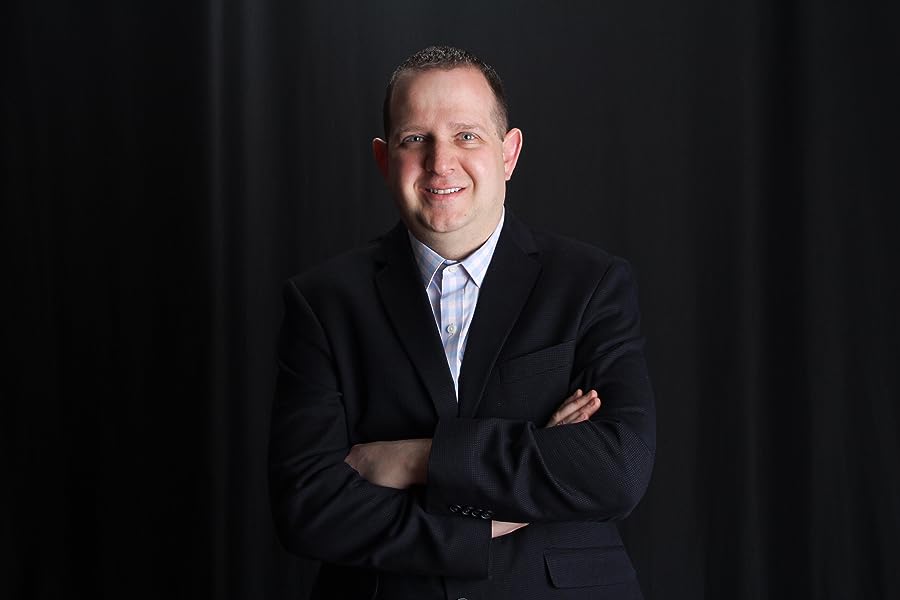 by Billy Krakower (Author), Jerry Blumengarten (Author)
5.0 out of 5 stars 4 ratings
See all formats and editions
Sorry, there was a problem loading this page. Try again.

Connecting Your Students with the Virtual World
$6.60
In Stock.

Make the most of today’s technology to give your students a more interactive, authentic learning experience! Connecting Your Students with the World shows you how to use web tools to get K–8 students in touch with other classrooms worldwide. This book is a valuable resource to help you find and communicate with other teachers and classrooms and even design your own collaborative online projects. You’ll find out how to:

The book includes detailed instructions for each activity and connections to the Common Core, ISTE, and Next Generation Science Standards, so you can ensure that you are meeting your state’s requirements as you prepare your students to become engaged, informed, and global citizens. Additionally, a comprehensive list of online resources is available as a free download from the Routledge website at www.routledge.com/9781138902961.

"Billy Krakower, Paula Naugle, and Jerry Blumengarten have put together an excellent collection of projects to teach global collaboration. Their book will be a valuable resource for every educator who wants to make learning about the world a fun, interactive, and rewarding experience for students."

--Todd Whitaker, Professor at Indiana State University, internationally recognized education expert, and author of over 30 books, including What Connected Educators Do Differently

"Want to connect globally and flatten your classroom? Billy Krakower, Paula Naugle, and Jerry Blumengarten are savvy, down-to-earth guides on your journey. Twenty-first-century teachers are connectors. With this handbook, you can get started today!"

Jerry Blumengarten (@cybraryman1) is the creator of Cybrary Man’s Educational Web Sites, which started as a school library resource and is now used by educators all over the world.

Billy Krakower is the Computer Technology Instructor, Gifted & Talented and STEAM Lab Teacher for grades three and four at Beatrice Gilmore Elementary School in the Woodland Park Public School District. For the past nine years he has served as: Special Education Teacher, an Inclusion and Resource Room Teacher. He enjoys preparing his students for the 21st century by teaching them how to use web 2.0 tools such as: Edmodo, Skype, Google Hangouts, Google Docs, and Social Media.

Billy is part of ASCD's 2014 Emerging Leaders Class, a Google Educator and a Microsoft Office Specialist. Billy has published two books Connecting Your Students with The World and Using Technology to Engage Students with Disabilities. He has presented on such topics as Connecting Beyond the Classroom, Twitter & You, Tech Tools to use for the PARCC, Google Hangouts, Edmodo and The Science Behind a Mystery Location Call. Follow Billy on Twitter @wkrakower or visit his website at www.billykrakower.com.

Amazon Customer
5.0 out of 5 stars Connect Your Class Before You Wreck Your Class!
Reviewed in the United States on October 19, 2015
Krakower, Naugle, and Blumengarten hit the nail on the head with this useful and purposeful book. Now more than ever students should be collaborating with other students from around the world utilizing technology. Great ideas and tremendous resources are shared throughout and can be replicated the next day in class.
Images in this review

JoAnn Jacobs
5.0 out of 5 stars A Book for All Teachers K-8
Reviewed in the United States 🇺🇸 on October 3, 2015
Verified Purchase
Connecting Your Students with the World: Tools and Projects to Make Global Collaboration Come Alive, K-8
Connecting globally is so important in today's world but where does a teacher begin? Instead of being overwhelmed by the thought let Billy, Paula, and Jerry guide you through the process so not only your children connect with others but you do too. In the first pages of the book the reader finds building a relationship with an online community is important to the success of the project and social media is a great way to begin. One of the easiest ways to introduce connections is through Mystery Location Calls and the authors have given extensive coverage on how to make this a successful first venture into the global world.
Once you have become familiar with Mystery Location Calls Billy, Paula, and Jerry help you build a solid program with seasonal projects you can easily adapt to your curriculum. If you're thinking "but I need to follow the Common Core State Standards" you will find them listed along with ISTE Standards and Next Generation Science Standards so you projects become a creative way to cover what is necessary for your grade level. There are also Notes and Resources to give you additional ideas on how to enhance each project to make it fit the needs of your students.
Billy, Paula, and Jerry are seasoned educators who are passionate about their craft. This book is a reflection of the outstanding educators they are and will continue to be.

Brad
5.0 out of 5 stars Connect Your Class Before You Wreck Your Class!
Reviewed in the United States 🇺🇸 on October 19, 2015
Krakower, Naugle, and Blumengarten hit the nail on the head with this useful and purposeful book. Now more than ever students should be collaborating with other students from around the world utilizing technology. Great ideas and tremendous resources are shared throughout and can be replicated the next day in class.
Read more

Brad
5.0 out of 5 stars Connect Your Class Before You Wreck Your Class!
Reviewed in the United States 🇺🇸 on October 19, 2015
Krakower, Naugle, and Blumengarten hit the nail on the head with this useful and purposeful book. Now more than ever students should be collaborating with other students from around the world utilizing technology. Great ideas and tremendous resources are shared throughout and can be replicated the next day in class.
Images in this review