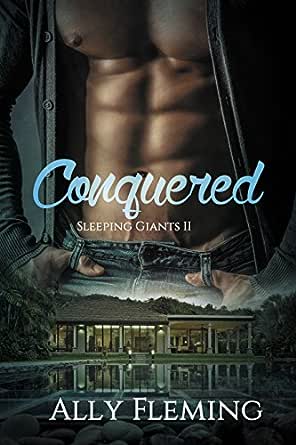 You've subscribed to Sleeping Giants! We will preorder your items within 24 hours of when they become available. When new books are released, we'll charge your default payment method for the lowest price available during the pre-order period.
Update your device or payment method, cancel individual pre-orders or your subscription at
Your Memberships & Subscriptions
There was an error. We were unable to process your subscription due to an error. Please refresh and try again. 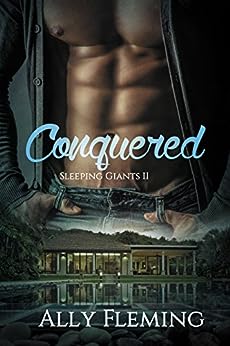 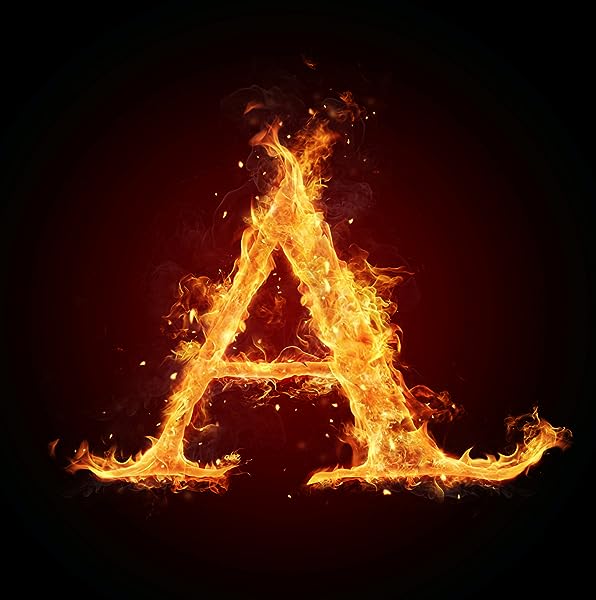 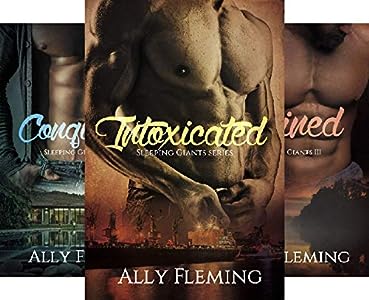 Ally Fleming’s world is one where the imagination is fueled by the suspense of fiction, the allure of romance, the depravity of villains and the potency of those who oppose them. Her work is influenced by an infatuation with powerful heroes, irresistible heroines, gritty story-lines, intriguing villains and the heat those forces generate. She’s an award-winning author, with over 10 years in the business. Her writing creds span the historical and contemporary romance genres as well as contemporary and paranormal YA. She also dabbles in erotica. Ally Fleming is her pen-name for interracial (BWWM) suspense fiction. --This text refers to the paperback edition.

4.8 out of 5 stars
4.8 out of 5
20 global ratings
How are ratings calculated?
To calculate the overall star rating and percentage breakdown by star, we don’t use a simple average. Instead, our system considers things like how recent a review is and if the reviewer bought the item on Amazon. It also analyzes reviews to verify trustworthiness.
Top reviews

The Island Reader
5.0 out of 5 stars Altonya Washington has done it again with Conquered and made me fall in love with another one of her heroes
Reviewed in the United States on August 3, 2017
Verified Purchase
I stayed up until 1:30 am on Saturday reading Conquered by Ally Fleming aka Altonya Washington. While that isn’t rare for me to do with a book, I’m usually fighting sleep while doing so. This wasn’t the case with this book, I refused to think about sleep until I had finished all 400 odd pages.

Altonya Washington has done it again with Conquered and made me fall in love with another one of her heroes. These sleeping giants know just how to get to you; tall, handsome, built like Gods, and with just enough danger and mystery surrounding them to keep you intrigued.

Pope Apostolou and Berrill ‘Bear’ Clayton were bound to cross paths, after all, their best friends are in a serious relationship. However, when they first meet it’s not through their mutual friends. Pope knows who Bear is but she has no idea who he is. He doesn’t reveal his connection to her immediately though because he knows she’ll run. See, Pope knows what happened 6 years ago with Bear and her friends. It’s something that she’d do anything to forget, and still, haunts all of them to this day.

Pope falls faster for Bear that I think he even anticipated and soon finds out that honesty is really the best policy. He knows he must tell Bear the truth, even though he fears she’ll walk away from him forever. For someone who never thought he’d experience love or find a person he couldn’t do without, now that he has found Bear, he won’t take lightly to her leaving.

I didn’t think anyone would top Mercuri from the first book in the series, Intoxicated, but Pope came pretty close. Pope was patient but persistent enough to be perfect for Bear. Bear was also a very relatable character, we understood her guilt and the need for her to constantly put on this tough persona in order to survive and keep her heart at bay.

In the end, both Pope and Bear had to realize that they had to put their own personal demons aside so that they could live their best lives, not only for themselves but for each other.

I love a really good mystery intertwined with my romance and once again, the ongoing story of the GAN (which I won’t spoil here) serves as the perfect subplot and running theme that will continue with the other stories. A lot of the elements that I liked with Washington’s Ramsey/Tesano series are very much present with this Sleeping Giants series, which is a winner in my book. Admittedly, I was a bit skeptical about this new series especially since it’s penned under an alias. However, I was proven wrong and there was nothing to worry about.

While Conquered can definitely be read as a standalone, I highly recommend checking out the first installment, Intoxicated, with Mercuri and Etienne. You can check out my review here.

Two down, two to go! I’m along for the ride and can’t wait to see what happens when the other two men in this brotherhood take the same plunge Mercuri and Pope did. Something tells me that the juiciest story is going to be Slayte and Princess, and I’m going to wait a while as that’ll probably the last one.

Kindle Customer
4.0 out of 5 stars Ahh!There Are Gods Among Us!!!
Reviewed in the United States on February 27, 2017
Verified Purchase
To say I am in love with this story and this series is just,there are no words to say how fantastic of a story this is and it was like looking at it live and imaging it play out in your mind.This was definitely a sexy romance with all the emotions of a good love story.I love that we get mystery and some sexy girl power in action.If you have not fallen in love with Pope then you are crazy,this such a character that had all the things you want in a alpha male,and the writer delivers.This just good reading and such a wonderful way to spend time.I so look forward to the next installment,hope it doesn't take to long.
Read more
Helpful
Comment Report abuse

RomanticLynn
5.0 out of 5 stars Bravo!!!!
Reviewed in the United States on February 21, 2017
Verified Purchase
What an excellent second installment. Greek, Alpha and beautiful, what a awesome combination. Bear and Pope story is the second installment of these Greek gods. Ms. Fleming weaves a tale of mystery, intrigue, loyalty, suspense, danger, passion and love. I cannot wait for the next installment. If you can't wait until the next installment I would suggest you read other titles by this author under her name AlTonya Washington or her other pseudo name T. Onyx. I promise you will not be disappointed. Happy reading.
Read more
Helpful
Comment Report abuse

Zena
5.0 out of 5 stars Bear Conquered by the Pope
Reviewed in the United States on December 6, 2017
Verified Purchase
Loved this book by one of my favorite authors. Pope is a total Alpha male and Bear is truly his mate. I loved that Bear was a little more open then Etienne. But I guess that you would have to be, since they know that all of Mercuri 's friend know their story. The beloved co-worker scene made me sad. it's sad that all women have tortured themselves over the last 6 years for what happen. I can't wait until the next book. Hopefully, we won't have long to wait.
Read more
Helpful
Comment Report abuse

jaydogs
5.0 out of 5 stars Wow
Reviewed in the United States on September 20, 2018
Verified Purchase
We knew from book 1 that Pope and Bear were going to be a volitle match, they were that and so much more. So much was revealed in this book, can't wait for the conclusion. The romance between Bear and Pope was sweet, loved how he loved her.
Read more
Helpful
Comment Report abuse

Tammara
5.0 out of 5 stars WOW!!!!
Reviewed in the United States on February 17, 2017
Verified Purchase
This was an amazing story, once I started I could not put it down. Bear and Pope were made for one another. He was so patient and loving with her. He is a man that every woman wants!!! I am so in love with this series💖💖 Ms. Fleming writes with so much passion. Another great book! Anxiously waiting on the next.
Read more
Helpful
Comment Report abuse

Kindle Customer
5.0 out of 5 stars So, so good!
Reviewed in the United States on February 28, 2017
Verified Purchase
I thought I fell in love with Mercuri, but Pope, OMG! Him and Bear were electric. Both just as sexy and dangerous, unsure of themselves. I was glad Pope didn't give up on Bear. Loved these sleeping giants. Can't wait for Rut and Slayte's stories. Good job Ms. Fleming. Bring on the next one!
Read more
One person found this helpful
Helpful
Comment Report abuse

Bludevil
5.0 out of 5 stars Love the Giants!
Reviewed in the United States on March 12, 2017
Verified Purchase
Pope and Bear are HOT together!! The chemistry, the friendship, all work together to give you a glimpse of their budding love story that would take both by surprise. Neither expected nor wanted to fall in love but they make the best out of their unexpected foray into couple-Dom. Can't wait for the next giant to fall
Read more
One person found this helpful
Helpful
Comment Report abuse
See all reviews

I really enjoyed Pope and Bear's story. In this story the couple had more time with each and dialogued more about their relationship and their fears. I am really enjoyed this series. I cannot wait for book 3 to come out. Definitely worth a read.
Read more
Report abuse
See all reviews