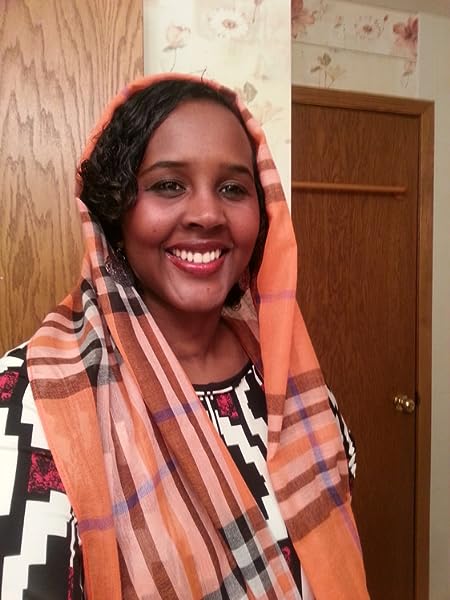 Conquering the Odds: The Journey of a Shepherd Girl Paperback – January 14, 2013

Start reading Conquering the Odds, Journey of a Shepherd Girl on your Kindle in under a minute.

Neil in Morgan Hill
4.0 out of 5 stars Moving true story of perseverance, courage and doing what it takes to survive.
Reviewed in the United States on May 30, 2013
Verified Purchase
I give this memoir 4-Stars as it is a story that needs to be heard. As an American male, I was not able to personally relate to most of Habido Haji's experiences as a shepard girl in Africa. Rather than being a story, the format for this memoir is Habido recalling her experiences in narrative form. This is not unlike sitting at your grandmother's feet as she tells you about what it was like when she was growing up. This format may not be as entertaining as having the experiences related as a linear story.

I am moved by Habido's courage and perseverance as anyone should be as Habido's story is beyond a "rags to riches" story.

It was not an easy story to read as it is so difficult to be reminded of the hardships others face in this world while we have a far better life. I know I felt guilt and anger that more is not being done to help the hungry and the homeless throughout the world. I hang my head as I also could be doing more!

I recommend this book to those readers who like to view life through the eyes of someone who has lived through hardship and achieved their dreams. Habido's story is especially pertinent for readers interested in knowing more about life in Africa especially Samolia. People considering missionary or other volunteer work will especially appreciate Habido insights.

Most importantly, I recommend this book to others that are coming to the United States from other third-world countries as Habido's story is one of hope and encouragement to anyone facing a similar challenge.

Susan O-A
4.0 out of 5 stars INSPIRATIONAL!
Reviewed in the United States on October 5, 2018
Verified Purchase
Habibo overcame many obstacles in her life to become a successful woman. She shared many sad stories about what happened to her. She also gave good insight into the Somalian culture and how hard it is to be an immigrant in America. I hope God continues to BLESS her.
Read more
Helpful
Comment Report abuse

Sirinita520
5.0 out of 5 stars Great read
Reviewed in the United States on March 24, 2016
Verified Purchase
This book takes us along on Habibo's struggle from a difficult life in Somalia, though refugee camp, to making a new life against the odds in Minnesota. It is a great reminder not to take our lives for granted.
Read more
One person found this helpful
Helpful
Comment Report abuse

VKL
4.0 out of 5 stars Everyone should read this
Reviewed in the United States on October 1, 2016
Verified Purchase
Every teen and adult in America or Europe should read this story to gain some understanding of a very different culture. They are our neighbor's and we need to know where they come from in every sense of the word. I rated it only four stars not because of content, but the writing style.
Read more
Helpful
Comment Report abuse

Kindle Customer
5.0 out of 5 stars Five Stars
Reviewed in the United States on March 4, 2018
Verified Purchase
I really liked this book about her true story of such bravery and stamina. Blessings to you!
Read more
Helpful
Comment Report abuse

Linda Halvorson
5.0 out of 5 stars Excellent
Reviewed in the United States on March 4, 2017
Verified Purchase
Finally found a good book. The author was on our local tv and mentioned her book. What a great life.
Read more
Helpful
Comment Report abuse

Jill
5.0 out of 5 stars Amazing, true story
Reviewed in the United States on March 6, 2013
Verified Purchase
The challenges Habibo went through in her life are so hard to imagine. For her to now be a successful, thriving adult in America after what she lived through in Africa and immigrating to America alone, is truly amazing. It opened my eyes to what the world is or was like in other places and made me appreciate the life I have. I would definitely recommend this book to others, it's worth the read!
Read more
One person found this helpful
Helpful
Comment Report abuse
See all reviews