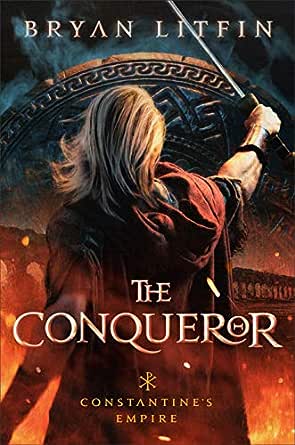 You've subscribed to Constantine's Empire! We will preorder your items within 24 hours of when they become available. When new books are released, we'll charge your default payment method for the lowest price available during the pre-order period.
Update your device or payment method, cancel individual pre-orders or your subscription at
Your Memberships & Subscriptions
There was an error. We were unable to process your subscription due to an error. Please refresh and try again. 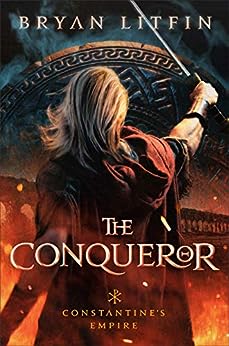 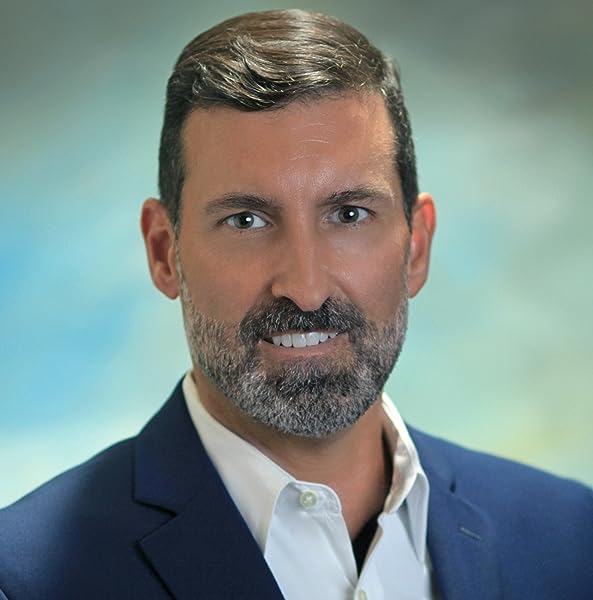 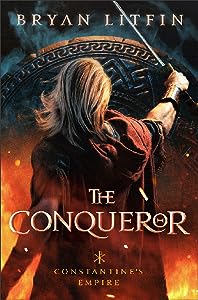 Travel back to one of the most pivotal eras in history--a time when devotion to the pagan gods was fading and the Roman Empire was being conquered by the sign of the cross.

"Bryan Litfin brings a historian's background to the story he tells about Constantine the conqueror, giving you a feel for the time and actions of a historic figure. This is still fiction, but it tells a good story well. Enjoy."--Darrell Bock, Executive Director for Cultural Engagement, Howard G. Hendricks Center for Christian Leadership and Cultural Engagement;
senior research professor of New Testament studies


"The Conqueror is a wonderful mix of excellence in storytelling and keen insight into the setting's historical context. This is what you get when a historian crosses over the authorial divide into the world of fiction. Read this book! Read all of Bryan's books! They are enjoyable from beginning to end."--Benjamin K. Forrest, author and professor|Bryan Litfin is the author of the Chiveis Trilogy, as well as several works of nonfiction, including Early Christian Martyr Stories, After Acts, and Getting to Know the Church Fathers. A former professor of theology at the Moody Bible Institute, Litfin earned his PhD in religious studies from the University of Virginia and his ThM in historical theology from Dallas Theological Seminary. He is currently a writer and editor at Moody Publishers. He and his wife have two adult children and live in Wheaton, Illinois. Learn more at www.bryanlitfin.com. --This text refers to the hardcover edition.

Bryan Litfin is the author of the Chiveis Trilogy, as well as several works of nonfiction, including Early Christian Martyr Stories, After Acts, and Getting to Know the Church Fathers. A former professor of theology at the Moody Bible Institute, Litfin earned his PhD in religious studies from the University of Virginia and his ThM in historical theology from Dallas Theological Seminary. He is currently a writer and editor at Moody Publishers. He and his wife have two adult children and live in Wheaton, Illinois. Learn more at www.bryanlitfin.com. --This text refers to the hardcover edition.


AD 309. Rome teeters on the brink of war. Constantine's army is on the move. On the Rhine frontier, pagan Germanic barbarian Brandulf Rex joins the Roman army as a spy. Down in Rome, senator's daughter Junia Flavia finds herself embroiled in anti-Christian politics as she works on behalf of the church.

As armies converge and forces beyond their control threaten to destroy everything they have worked for, these two people from different worlds will have to fight together to bring down the evil Emperor Maxentius. But his villainous plans and devious henchmen are not easily overcome.

Will Rex and Flavia live to see the Empire bow the knee to Christ? Or will their part in the story of Constantine's rise meet an untimely and brutal end? --This text refers to the hardcover edition.
Read more

2.7 out of 5 stars
2.7 out of 5
11 global ratings
How are ratings calculated?
To calculate the overall star rating and percentage breakdown by star, we don’t use a simple average. Instead, our system considers things like how recent a review is and if the reviewer bought the item on Amazon. It also analyzes reviews to verify trustworthiness.
Top reviews

Nickname
5.0 out of 5 stars Great Read!
Reviewed in the United States on October 25, 2020
Verified Purchase
Great read if you like historical fiction! It’s well written, captivating, and informative. I disagree with the reviews saying it’s inappropriate; it’s accurate to the era without going into too much detail that would be inappropriate.
Highly recommend!
Read more
One person found this helpful
Helpful
Comment Report abuse

Shelf-Esteem
1.0 out of 5 stars Raunchy.
Reviewed in the United States on October 14, 2020
I've had this book on my Goodreads to-read shelf since October 2, 2019. When I added it to my shelf, it was to be published through Crossway. I'm not sure what happened, but I was thrilled when it appeared in a blog post featuring the cover art for Bethany House's Fall fiction. Not only did The Coqueror have a new home, but it also had an amazing cover to match the synopsis that captured my attention.

This is the first work I've read by Bryan Litfin so I'll begin with what I feel he did well. Litfin excels in writing tension-filled, action-packed fight scenes. Whether he was describing close combat between two or three foes or battle on a massive scale, he is adept at drawing his reader into the fight. Another strength is that he held to the commitment (outlined in his Historical Note) to portray his characters not as “evangelicals in togas” but as members of the "ancient catholic church, not twenty-first-century evangelicalism." In keeping with this, his characters pray to the saints, celebrate "mysterious rituals", and often (in the case of rulers) practice syncretism. Finally, he paints a believable picture of life in Rome—complete with all its grandeur, filth, and debauchery.
Unfortunately, I did not care for these characters, Litfin's portrayal of women, his writing style, or the gospel presentation being boiled down to "Try him." It's not that I'm a sensitive reader, I simply believe that anything published as Christian fiction should also be good fiction. While I will not read the next book in the series, you may read the following quotes and determine whether you'd like to read the first.

“What will my seduction accomplish? Do you wish me to uncover a secret from the emperor? Plant a rumor about Neratius? Or just impress him with my talent for sex?”

“Oh! I must remain faithful to my husband!” she said in a high-pitched, mocking tone. “I must wear dowdy dresses! I must keep my legs together! I must follow ancient Jewish morals!”

Flavia finally halted, unable to retreat yet prevented from advancing further by her long-cultivated habit of holiness. A war raged in her soul, the ancient battle between lust and self-control."

"The only other couch in the room belonged to Chloe, her cheerful, heavyset roommate who now carried the baby of an unknown imperial page."

"The bony waif with the too-big eyes continued her work with the tweezer. Despite her personal ugliness, the girl was actually a good ornatrix."

"If any pleasure was to be had from intercourse, it was to be obtained from slaves. But the point of sexual relations with a husband—or with an influential politician—was to achieve an objective, not enjoy the moment."

"Sex was her most effective tool for achieving her goal. Without a romp in bed, ..."

"Though she was only fourteen, she had the sensual moves and skimpy outfit of someone much older."

"The bulges of his biceps were rounded like pomegranates, and to Flavia they seemed sweeter than any fruit could be. This was a young man in his prime—as lean and fierce as any savage beast."

"The horse was a specimen to admire: a rippling and masculine beast with lively eyes, a proud neck, and great, bulbous testicles."

"Raucous cheers erupted from the crowd, signaling to Maxentius that his men were suitably impressed by his male anatomy. With a cocky grin, the emperor let loose a stream of urine onto the sacred scriptures of the catholic church."

“There is one in heaven who can.”
“I don’t believe it.”
“Try him, Rex. Just try, I beg you.”
Read more
3 people found this helpful
Helpful
Comment Report abuse

M_ Fitzgerald
2.0 out of 5 stars Did not meet my expectations
Reviewed in the United States on October 14, 2020
The Conqueror is a historical fiction novel by author Bryan Litfin.

This novel has three Acts. Act One Convergence, Act Two Resistance, Act Three Acquiescence. I would like to thank Revell Publishing and the author for allowing me to review this novel. The novel is set during a time when Emperors were converting to Christianity, twelve hundred years before the Reformation.

Did the novel meet my expectations? To be fair this is my first reading by this author and I didn’t complete reading the novel. What I did read was confusing and it made it hard for me to concentrate and understand. It is not what I was expecting. There are fifteen chapters and each chapter took me 2-hours to read.

These are my honest thoughts and I hope other readers have different opinions.

Disclaimer: I receive complimentary books from various sources, including, publishers, publicists, authors, and/or NetGalley. I am not required to write a positive review and have not received any compensation. The opinions shared here are my own entirely. I am disclosing this in accordance with the Federal Trade Commission’s 16 CFR, Part 255
Read more
2 people found this helpful
Helpful
Comment Report abuse

Margaret N
5.0 out of 5 stars Great way to learn history
Reviewed in the United States on October 18, 2020
If you like historical fiction, war novels, spies, ancient Rome, and/or romance in the midst of danger, I think you’ll like this book. Litfin has taken what he has gleaned from much study about Constantine and turned it into a riveting book full of all of the above. Themes of lust vs love, political power vs spiritual power, loyalty vs betrayal combined with heart-stopping plot twists kept me reading late into the night several times.

Be warned that this is not a G-rated book – Litfin’s descriptions of brutal warfare, life for the poverty-stricken masses under crazed rulers, Christians being persecuted, and so forth are not sanitized. Also be warned that the ending leaves the reader hanging and heart-broken… I just hope it’s not a whole year before the next book in the series comes out!

I received a complimentary copy of this book. Opinions expressed in this review are completely my own.
#TheConqueror #NetGalley
Read more
2 people found this helpful
Helpful
Comment Report abuse
See all reviews