The Conscience of the Constitution and millions of other books are available for Amazon Kindle. Learn more
Share <Embed> 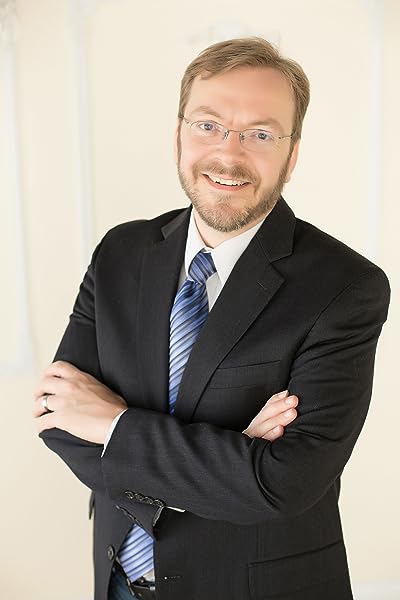 The Conscience of the Constitution: The Declaration of Independence and the Right to Liberty Paperback – April 16, 2015

Timothy Sandefur is a staff attorney at the Pacific Legal Foundation and lives in Rescue, California.
Start reading The Conscience of the Constitution on your Kindle in under a minute.

Orchid
5.0 out of 5 stars Brilliant! Realy enjoyed it!
Reviewed in the United States on August 30, 2015
Verified Purchase
I'm an attorney and have been before many more progressive judges than conservative judges. In law school 20 years ago, our constitutional law class was much more interested in progressive indoctrination rather than teaching about the origins and applications of our laws. I found this book remarkable because many of the tragic cases to come out of the court like Dred Scott or the recent Obamacare rulings would have been very different had the Supreme Court adhered to the principles set forth by John Locke rather than giving into judicial activism.

Important concepts from the book:

The power structure is based on "we the people." According to Jefferson, although it was the sovereign states that represented the people in order to ratify the Constitution, that it was the people who unified into a nation whose government was limited in duties and particularly in scope to preserve the freedom (life, liberty, and the pursuit of happiness) of the people. Essentially, he was saying that by adopting a constitution, as opposed to other forms of government like parliament, that the rights of the people superseded not only the Federal government, but also the State government. The doctrine of separation of powers is supposed to protect the people at all three levels - the legislative, executive, and the judicial branches are to provide checks and balances against each other so that the rights of the people are preserved.

This means that the current progressive activism is incompatible with the Constitution and what it was designed to do. Progressive interpretation has crept into our society by Inserting a political agenda, personal opinion, or big-money interest into a law, judicial decision, or executive order makes the action or decree outside the boundaries of the constitution and are null and void because of that. The only rule of law that stands are those that do not trample on the rights of the people.

Progressivism has turned the Constitution upside down. Rather than representing "we the people" the government has been morphed back into absolute sovereignty exercising power OVER the people, like what 1776 was fought against. It is not the Constitution that is outdated because Lockean rights of the people are timeless. It is the subversion of the Constitution and abuse of power that is the real problem.

There are a couple of weak points that could have been better explored by the author. I was particularly interested in the States rights arguments after reading Nullification by Thomas Woods, Jr. How sovereign states fit into the concept of delineating power between the people, the states, and the federal government is crucial to understanding the Constitution. Somehow, I think I missed this. The discussion said the states do not have the power to secede from the union and then it launched into concepts of absolute sovereignty. State sovereignty doesn't go that far, but yet is distinct from the power of the people . But perhaps this is irrelevant after the 14th Amendment that would make the States more like an organ in the body of the federal government. As such, a state would be a mini-Federal government with similar powers and limitations? The ultimate issue in my mind is what are the boundaries of the State regarding the issue of succession? And even if the States were not meant to retain this power, then does this mean that a collection of people have the right to secede from the union? I don't really know, but would be interested in further commentary on this point.

All in all though, this was a very illuminating book that was much better than law school.
Read more
3 people found this helpful
Helpful
Report abuse

Scott Ott
5.0 out of 5 stars Should the majority rule? What is judicial activism?
Reviewed in the United States on March 23, 2014
Verified Purchase
Can the U.S. Constitution be understood independent of the principles enunciated in the Declaration of Independence?

Is it possible that critics of "judicial activism" on the Right and Left have mistaken their preferences for Constitutionality?

Should judges defer to legislatures because the latter are "of the people", and legislative mistakes are easier to clean up than judicial precedents?

Timothy Sandefur grapples with these and related questions in a book that sets the Constitution in the context of the Declaration, and maintains that the former cannot be properly understood or applied without the principles of individual liberty espoused in the latter.

'Progressives', on the Right and Left, have convinced several generations of Americans that the Constitution favors majoritarianism over individual rights, democracy over liberty. Sandefur, however, says that legislatures incline toward tyranny as easily as monarchs, and that courts see their role properly when they restrain lawmakers within the bounds of the Constitution as seen through the lens of the Declaration.

'The Conscience of the Constitution' makes a compelling, thoughtful case, in accessible and vigorous prose, that we need to return to a jurisprudence, as well as a framework for lawmaking and implementation that couples these two founding documents.
Read more
18 people found this helpful
Helpful
Report abuse

Joshua Windham
5.0 out of 5 stars An Illuminating Contribution
Reviewed in the United States on December 18, 2016
Verified Purchase
This was my first Timothy Sandefur book, and it was exceptional from start to finish. In it, he paints us a picture of a purposive and principled constitutional order—one chartered and given color by the values set forth in our Declaration of Independence. With an abundance of revealing references and lively analogies, Sandefur demonstrates that our Constitution has “a specific normative direction” based on “substantive political values” that demands bold resolutions to some of the legal academy’s most controversial debates. Along the way, he takes his distinctive approach to bear on a host of entrenched views about the warrant of majority rule, the primacy of states’ rights, the modesty of the Fourteenth Amendment, the impropriety of so-called judicial activism, and of course, the unspeakable “evils” of Lochner. Engaged readers will come away with a greater appreciation for the primacy of liberty, the bounds of sovereignty, the nature of the rule of law—and the genius of our Republic. I look forward to exploring the remainder of Sandefur’s catalog.
Read more
Helpful
Report abuse
See all reviews