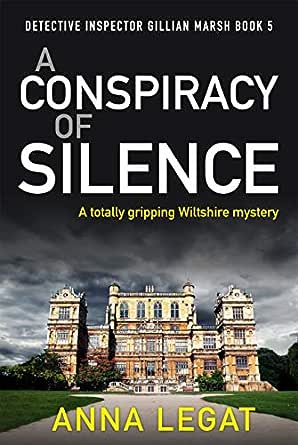 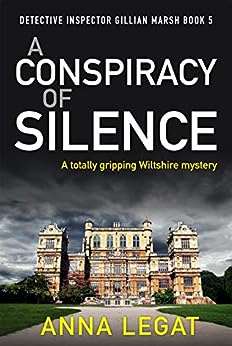 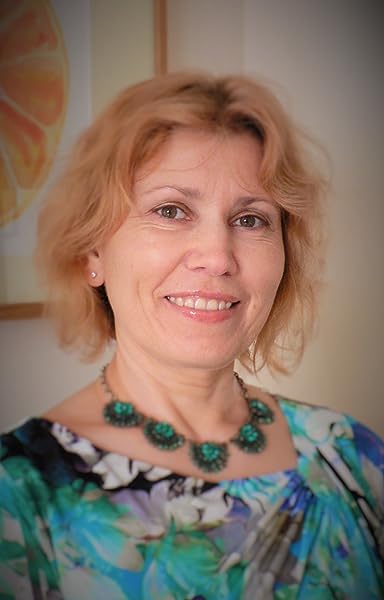 Elisabeth Carey
4.0 out of 5 stars Satisfyingly complex and interesting murder mystery
Reviewed in the United States on October 18, 2020
DI Gillian Marsh takes on the case of Bradley Watson, found dead on the grouncds of prestigious private (in English parlance, "public") school, Whalehurst. He's the son of the groundskeeper, and for that last year and a half has been working as the groundskeeper's assistant. He also has a history of drug dealing, for which he has served time. Yet in the last couple of years, he's either gone straight, or become much more careful.

He also has a memory card in his pocket, with very stalkerish pictures of Rachel Snyder, a Whalehurst student who has diseappeared. The autopsy soon confirms that Watson died either the night she disappeared, or very early the next morning.

At Whalehurst, no one wants to talk. The headmaster, Dr. Featherstone, who might be expected to want to get to the bottom of this mystery to protect his charges, even attempts to bar the police from the grounds. What's going on?

Rachel's best friend, Rhiannon, insists they were never that close, and anyway had recently drifted apart. The boy she had introduced to her parents as her boyfriend, Josh, says much the same thing. What's "recently"? About three months ago. Rachel's parents agree that her behavior changed about three months ago. They thought it might be just normal teenage angst, but feared it might be drugs. Was she using? Was she dealing?

Meanwhile, Gillian's own grown daughter, Tara, and Tara's boyfriend, Charlie, are moving out of Gillian's house into Gillian's parents' house. Her mother has recently had a stroke; her father is in the early stages of dementia, and they are stridently refusing to accept help. So Tara approached them with the idea that they'd be doing her a real favor if she and Charlie could move in, since it's closer to the school where Tara teaches--Whalehurst. But Gillian has barely settled into having her house to herself, her cat Fritz, and her dog Corky, when DS Webber turns up on her doorstep, having been kicked out by his wife too late in the evening to get a room anywhere.

More directly relevant to the two probably-related cases, her boss, Detective Superintendent Scarfe, is adamant she can't investigate anything drug-related on this case because there's a higher-level drug gangs investigation going on and she'll interfere with it.

It's complex and chaotic, and she and her team are working hard to find the right threads to pull on, impose some order on the confusing evidence they have, and find out where Rachel is, and who killed Bradley Watson.

Its' an interestingly complex story, with good character development, and a nicely nuanced portrayal of police trying to solve a serious crime while making it clear that police, and police institutions, are as human and flawed as any other people and organizations.

I received a free electronic galley of this book from the publisher via NetGalley, and am reviewing it voluntarily.
Read more
Helpful
Comment Report abuse

After an evening of displaying confrontational and erratic behavior at home, fifteen-year-old Rachel Snyder disappears. On the same night twenty-year-old Bradley Watson is found in a local park… shot through the heart with an arrow.

On the surface, the two cases—a missing teen and a dead adult–don’t appear connected. She’s believed to be a runaway, and his drug-dealing past finally caught up with him.

However, much to the chagrin of DS Mark Webber, who handling Rachel’s case, the two investigations morph into one when it’s revealed that not only was Bradley a groundskeeper at Rachel’s school, but a photo memory card was found in his pocket full of pictures of Rachel that she did NOT pose for. With a promise to work as a team sharing information, DI Gillian Marsh combines the cases. Webber knows he’ll have a struggle on his hands because his superior is single-focused and unapologetic. She also doesn’t realize there’s no ‘I’ in team.

Gillian Marsh is also damn good at her job and gets results. She goes toe-to-toe with everyone, including her boss and anyone she questions during the investigation. The unflattering thoughts of some of the males she questions are quite telling. They don’t like her because they cannot intimidate her, and before it’s all over, they fear her because they realize nothing will stop her from finding the truth. While Gillian’s abrasive, caustic personality won’t win her any awards, family and coworkers understand that’s simply her personality. Nothing more, nothing less. And that personality will help her as she deals with;

A pompous headmaster who reeks of righteous indignation… and whiskey,

And a school full of privileged students who all claim to “barely” know the young girl who’s been their classmate for three years.

Gillian and company ride a roller-coaster of emotions with more deaths, a trial, an incredible verdict, and pressure from her boss to leave things as they are.

But Gillian’s gut instinct won’t let go and justice will not be denied. When the truth behind the deaths is revealed, all I could do was shake my head. The more things change, the more they stay the same… through the generations.

Well-written with strong characters, I enjoyed this fast-moving crime fiction after I adjusted to the author's writing style, especially the side stories that showcased the personal side of some of the investigative team.

BattleCat Press Reviews
5.0 out of 5 stars Continuation of an excellent crime series
Reviewed in the United Kingdom on October 18, 2020
Verified Purchase
Anna Legat's impressive DI Gillian Marsh mystery series has never been afraid to tackle contemporary social issues. Having previously addressed Islamic terrorism, in this instalment the focus is on the destructive nature of cyber-bullying.

In "A Conspiracy of Silence", the no-nonsense DI Marsh is confronted with a murdered drug-dealer and a missing teenage girl. Both cases are linked by the grotesque private school Whalehurst and its repellent headmaster Mr - sorry, Dr - Featherstone.

The social hierarchy among Whalehurst's privileged and arrogant pupils is laid out in chilling detail - it's easy to think of the novel as "Cyber-Lord of the Flies". "A Conspiracy of Silence" is certainly no advertisement for private education.

Regular readers will be familiar with DI Marsh's chaotic love-life, and will be reassured that fresh embarrassments are on the way in this episode too.

The plot is well-oiled with a neat and satisfying resolution; the characterisation (particularly the grieving parents) is strong and pulls the reader into the story. As ever, Anna Legat's prose is sharp and the moments of bleak humour are beautifully observed and articulated.

"A Conspiracy of Silence" will appeal to anyone who enjoys well-plotted crime fiction, written with flair and social awareness.
Read more
Report abuse

Penny Kline
5.0 out of 5 stars A page-turner!
Reviewed in the United Kingdom on October 21, 2020
Verified Purchase
Very well plotted and very readable. A page-turner I couldn’t wait to return to.
Read more
Report abuse
See all reviews