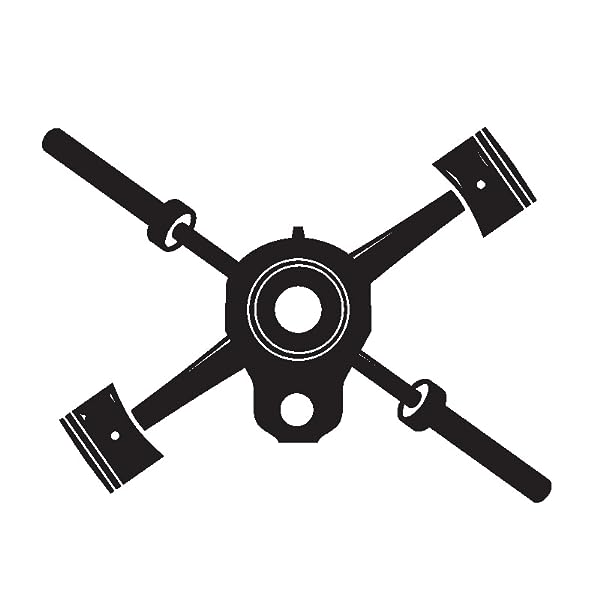 by Dave Castro (Author), Mike Warkentin (Editor)
4.3 out of 5 stars 151 ratings
See all formats and editions
Sorry, there was a problem loading this page. Try again.
Great on Kindle
Great Experience. Great Value.

The CrossFit Games determine the Fittest on Earth. The process of finding these elite athletes is not simply a matter of jotting down some movements on a piece of a paper. Nor is it random, although the best athletes are prepared for any physical challenge. The purpose of this book is to chronicle the process used to develop and refine the events that tested the best athletes in the world in 2017. Dave Castro, Director of the CrossFit Games, will take you from the early stages of the season to the end of the final event in Madison, and he’ll share detailed thoughts on every aspect of the competition, including the workouts of the Open and Regional rounds. In 2017, this is how Castro constructed the tests that defined the CrossFit Games and determined the Fittest on Earth.
Read more
Previous page
Next page

Dave Castro is the Director of the CrossFit Games and Co-Director of Training for CrossFit Inc. The first CrossFit Games were held on his parents ranch in Aromas, California, in 2007, and he has programmed all 11 editions of the Games.

During that time, the Games have grown from a small competition involving about 70 athletes to a worldwide event in which more than 400,000 people compete to be named Fittest on Earth. Castro served in the United States Navy and lives in California.

Amazon Customer
5.0 out of 5 stars Great Read
Reviewed in the United States on April 10, 2022
This book is a great read about Dave’s experience with the games. It’s a great balance of programming insight at the games level with a good narrative and a pinch of self development/wisdom thrown in. I love the format and the “raw” feeling it has to it. One of my favorite CrossFit books so far.
Images in this review

Kyle
5.0 out of 5 stars CrossFit Games Fans: This is For You
Reviewed in the United States 🇺🇸 on September 25, 2018
Verified Purchase
I truly enjoyed this book. The CF Games have been my favorite sporting event since I first got into it for the 2017 Games. I follow athletes, catch & watch for the latest updates, and enjoy the amount of work put into the event. If you are looking for something highly structured and laid out, just alter your expectations to: "I can hardly wait to know what he's thinking."

I watch all the behind the scenes and am left wondering; how do you program the "right" events for these athletes to be tested? Regional or Games level, it's all astonishing. So when this book came out, I had to get it as I think all fans have wanted for years to get inside Castro's head.

My favorite aspect of this book was reading his first thoughts about an event and you feel like you do when you're pulling for the protagonist when he starts to understand the resolution that the audience already knows. You're like "oh yeah! That's it!" So when Castro first introduces the chipper event, it's not the way you see it in the games. I immediately wanted to know how he narrowed it down and finalized the reps.

I am also so amazed at how close he gets to the games before finalizing the workouts. Some, he changes when he gets to Madison and it seems like there is just a general understanding that this is the way it must be. Testing, testing, and testing some more. These thoughts consume him and you get a first-hand look at what he goes through to "get it right."

Bare honesty toward individuals, events, mistakes, and himself are a major theme. You are quite literally reading the author's journal and he doesn't use the backspace. He'll write a sentence, then take it back in the next sentence. It's the Castro you'd expect; unfiltered and unapologetic for the person he is.

I did skim through the team descriptions and testing, simply because I don't follow that element of the Games. But it is still insightful!

Grab this copy and enjoy!

Clint E.
5.0 out of 5 stars Great Read
Reviewed in the United States 🇺🇸 on April 10, 2022
Verified Purchase
This book is a great read about Dave’s experience with the games. It’s a great balance of programming insight at the games level with a good narrative and a pinch of self development/wisdom thrown in. I love the format and the “raw” feeling it has to it. One of my favorite CrossFit books so far.
Read more

Clint E.
5.0 out of 5 stars Great Read
Reviewed in the United States 🇺🇸 on April 10, 2022
This book is a great read about Dave’s experience with the games. It’s a great balance of programming insight at the games level with a good narrative and a pinch of self development/wisdom thrown in. I love the format and the “raw” feeling it has to it. One of my favorite CrossFit books so far.
Images in this review

jill pantano
5.0 out of 5 stars Highly recommend! There are so many things I liked about ...
Reviewed in the United States 🇺🇸 on July 9, 2018
Verified Purchase
Highly recommend! There are so many things I liked about this book. It straddles the line between revealing all and not revealing what should not be revealed.
As a 10+ year CrossFitter, I loved the insights into creating the physical tests. As the wife of a Veteran that served in both Iraq wars, I loved that Dave chose not to disclose to the public that which should not be spoken about. So many books have been written by SEAL’s that share more than the public needs to know. His discipline about privacy, his and his families, is admirable!
Can’t wait to see what this year’s tests bring. Great job on the book Dave!!

KS
3.0 out of 5 stars A bit boring
Reviewed in the United States 🇺🇸 on August 29, 2018
Verified Purchase
I wanted to love this book but it was a bit boring. There was too much detail on the athlete/event testing. "Well, I wanted them to do this, they did it. I liked the result, but I'll probably change it." I understand that the book was supposed to be like a daily journal but it didn't make for great reading. Obviously, putting the games together is a huge undertaking but the day to day pre-games testing of athletes and the results wasn't all that interesting. I did enjoy some of the behind the scenes stuff on the actual games.
Read more
Helpful
Report abuse

Sash
4.0 out of 5 stars Really Good for Insight into the Mastermind
Reviewed in the United States 🇺🇸 on November 28, 2019
Verified Purchase
Great book for Crossfit fans. Straight forward, and honest. I enjoyed the read very much. Recommend to any fan or CrossFit person out there.
Read more
Helpful
Report abuse

Theodore J. Slowik
3.0 out of 5 stars Fair to good
Reviewed in the United States 🇺🇸 on September 9, 2018
Verified Purchase
I understand the time constraints and the amount that he does but I wish that he didn't get so lazy at the end. Seemed disinterested. I get it but he is selling this book. I liked the journaling overall and gave good insight into the games process. I am curious about his thoughts and how he will handle this new setup for the games. It does not sound like any of these changes this year were even thought of a year ago.
Read more
Helpful
Report abuse

Chris L
4.0 out of 5 stars Great book
Reviewed in the United States 🇺🇸 on August 18, 2018
Verified Purchase
Easy read and insightful to how Dave Castro programs the games. Didn’t give it 5 stars simply because I got a little bored in the middle of the book. I do have a new found respect for the man after reading his book.
Read more
Helpful
Report abuse

krijali
5.0 out of 5 stars Worth it as a gym owner
Reviewed in the United States 🇺🇸 on January 3, 2021
Verified Purchase
Simply put its great for gym owners and competition programmers. Terrible for anyone else. I totally approve for my work.
Read more
Helpful
Report abuse
See all reviews

Laura Lynee Wilber
3.0 out of 5 stars For CrossFitters only
Reviewed in Germany 🇩🇪 on August 12, 2018
Verified Purchase
An interesting look behind the curtain at Castro's life and experience of the 2017 season, in journal-entry form. If you want to geek out over every last detail of workout testing and evolution, this book is for you!
Read more
2 people found this helpful
Report abuse

Matthew
5.0 out of 5 stars Great read about the behind the scenes effort of the Crossfit Games
Reviewed in Australia 🇦🇺 on August 1, 2019
Verified Purchase
I really liked this book. I liked the journal entry format of the book. It gives really great insight in the behind the scenes running the crossfit games. I would recommend this for any crossfit fan.
Read more
Report abuse