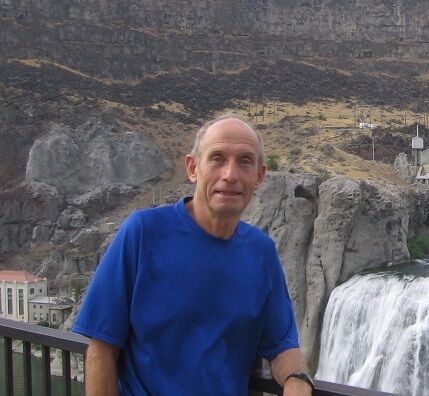 "The question whether mathematics is discovered or created divides the mathematical community into two camps... Deep in my mind, I am fully convinced that, based on some very elementary and not yet understood endowment of our brain, the fantastic mathematical universe is human-made. This can't be proved mathematically. The best one can hope for are compelling arguments and strong empirical evidence. This is what Klaus Truemper's book The Construction of Mathematics: The Human Mind's Greatest Achievement delivers. It sheds surprising and fascinating new light on the issue. Powerful arguments are provided by using the method of language games invented by the philosopher Ludwig Wittgenstein. Employing results of modern brain science about human cognition, the book also explains how it is possible that eminent mathematicians and scientists arrive at diametrically opposed answers for the creation vs. discovery question."
--Martin Grötschel, mathematician and President, Berlin-Brandenburg Academy of Sciences and Humanities, Germany

"Klaus Truemper has made an original and daring attack on the foundations of mathematics.  Readers will enjoy his forthright and unswerving analysis.  His ideas should become recognized and influential."
--Reuben Hersh, mathematician and award-winning author  of a number of books on the nature, practice, and social impact of mathematics

"This wonderful book addresses the oldest and thorniest question in the philosophy of mathematics: Is mathematics discovery or invention? The key contribution of this book is to use Ludwig Wittgenstein's technique of language games to shed light on this deep philosophical question. Overall this is the most insightful and compelling contribution to the debate that I have read and I am inclined to agree with the conclusions. But the book is much more than an important contribution to a fundamental debate. It is beautifully and lucidly written and, in contrast to most texts on philosophical matters, is enjoyable and easy to read... I cannot recommend it too highly."
--Geoffrey Whittle, mathematician, Victoria University of Wellington, New Zealand

"Klaus Truemper's The Construction of Mathematics: The Human Mind's Greatest Achievement is a unique blend of history and penetrating philosophical analysis. After taking the reader on a dizzying journey through the history of mathematics and computation, Truemper arrives at his central question: Is mathematics discovered or invented? Relying on a range of philosophical approaches and some brilliant argumentation, he arrives at what seems like the only possible answer. Mathematics, he shows, is not "out there," waiting to be discovered; it is, rather, the highest creation of the human mind. Truemper's book is not only insightful and original but also fast-paced and gripping. Whether you are a mathematician, historian, philosopher, or layman, you will find it thought-provoking as well as highly enjoyable."
--Amir Alexander, historian of science and award-winning author of books on the interconnection of mathematics and its social, cultural, and political settings

K. Truemper is Professor Emeritus of Computer Science at the University of Texas at Dallas. He is the author of several additional books on mathematics and computer science.

jettepilot
5.0 out of 5 stars Some mathematicians like poor Galileo proposed ideas (that were conclusions of their ...
Reviewed in the United States on March 10, 2017
Verified Purchase
This book covers the development of mathematics in a very enjoyable way that provides the reader with insights on why mathematics developed along the path that it did. It is readable by non-mathematicians as well as students of mathematics. It provides an insightful overview of the wide range of problems that motivated the development of the different specialties in mathematics. As such, it should be mentioned as reference reading in all college math departments. Too often, students take a series of courses in calculus, geometry, real analysis, topology, probability, combinatorics, finite math, and differential equations without appreciating, and in some cases without recognizing, the connections and evolution of these topics. These subjects were developed by humans who were trying to solve real problems in the real world. In the process, they often explored trains of thought that in their time seemed so abstract as to have no practical application. Some mathematicians like poor Galileo proposed ideas (that were conclusions of their theories) that so challenged the beliefs of the day that they were treated as criminals. Einstein, who had a playful sense of humor proposed abstract ideas in a way that enthralled the world. This book shows how the technological achievements of mankind have evolved over thousands of years through the efforts of mathematicians to see patterns in nature and draw conclusions about the relationships between these patterns. A must-read for students of mathematics.
Read more
5 people found this helpful
Helpful
Comment Report abuse

Aryabhata
5.0 out of 5 stars A well argued case that Mathematics is a human construct
Reviewed in the United States on June 19, 2017
Verified Purchase
Klaus Truemper has managed to accomplish three laudable goals with this book. On one level, it is a selective romp through the history of mathematics. On another, it is a lucid explanation of many key concepts of mathematical rigor, and through a description of an astonishing cast of brilliant mathematicians, ties together the concepts that form the edifice of modern mathematics.

And third, but certainly not least, it is a powerful, and to some, convincing argument that mathematics is a construction or invention, not the discovery of an existing edifice of facts and theorems sitting out there, waiting to be discovered.

As an engineer by training myself, I was naturally sympathetic to the author's point of view even before I read the book. But Truemper has greatly strengthened any feeble arguments I might have made in defense of my belief. But whether you are in agreement or believe the opposite, or even if you are agnostic about it and curious, this book is a must read.

Truemper's style is lucid, but he makes his case with care rather than dramatic flair. Despite his rather wry style, the subject matter carries it's own interest and the reader will not be bored if he or she has even a moderate interest in the history of mathematics.
Read more
One person found this helpful
Helpful
Comment Report abuse

The simplicity with which Dr. Truemper describes complex notions in mathematics is beautiful. In each chapter I found myself drawing deep connections among mathematical ideas that I’ve struggled to understand throughout my education. Many of these connections make topics that were once confounding seem trivial.

I especially enjoyed Chapter Four, wherein Dr. Truemper sheds light on the notion of infinity and how it expands math beyond the physical constraints of the "real" world around us. Dr. Truemper's description of the development of Calculus from Leibniz and Newton is great, along with his follow up showing how Cauchy and others took these ideas beyond an explanation of nature with their development of the continuity of functions. Dr. Truemper gives the reader real insight into how one can deal with functions and solve problems at the forefront of math and science. His chapter explaining the origins of the notion of infinity should become a part of every undergraduate course taught on Calculus and Engineering Math!