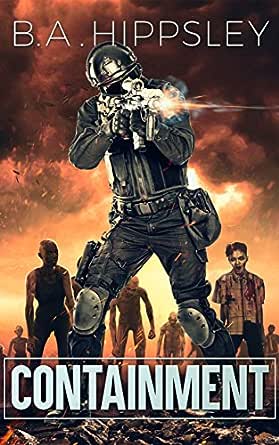 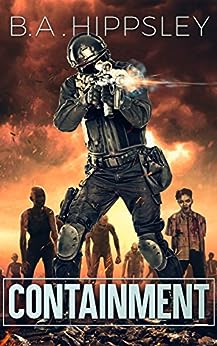 The zombie plague turns out to be cooked up by a mad scientist in his lab, like a bad bunch of botox, wanting to sell it to the highest bidder. There is a corrupt rich businessman who wants it, and an equally corrupt general that wants it as well. Now I think that explaining away the zombie outbreak as just something cooked up in a lab sort of takes away a lot of the scary impact. So the mad scientist made a plague---whoopie. Someone smarter can make a cure. The whole zombie scare is a lot better when it is lest unexplained.

Basically the plague is set loose in a little American town as a test, and the town is cut off and contained by the military, and eventually the general in charge tried to nuke it, with everyone living in it. Now regardless of anything else, I would like to think that, no matter who ordered it, that if any branch of the American military was ordered to wipe out an American town, and every man, woman and child in it, that someone in the chain of command, or even the rank and file, would object loudly and get word to a higher authority. The old "I was just following orders" does not really have much meaning anymore.

This being said, this is not a bad book, not at all. There are great characters, especially the sheriff, who is the main hero, (who does survive) and a lot of others. The writing lets you get to know these characters, and you feel involved in what is happening to them. You hope for their survival and regret their loss. There is lots of skulduggery and adventure and fighting and scary stuff. It just is not to my liking. If you like conspiracy stories you will like this one.
Read more
3 people found this helpful
Helpful
Comment Report abuse

Debra Monteleone
5.0 out of 5 stars OMGOMGOMG
Reviewed in the United States on June 5, 2020
Verified Purchase
Who would ever imagine the government experiments that could create such a fiasco? Very well written and believable, likable, real characters as well as the bad, selfish ones. I really enjoyed reading this book.
Read more
Helpful
Comment Report abuse

Tamra L. Bouska
3.0 out of 5 stars Wow. Hillbilly speech in Montana?
Reviewed in the United States on June 14, 2018
Ok First I liked the story line of the book . What I didn't enjoy was the wrong precepton that all country people sound the same. One of was obvious this book was written by a person from Great Britain by the use of a packet of crisps for lack of chips, or you log instead of you guys or even y'all.. The author also doesn't realize each part of the USA has a different accent and we don't all sound uneducated.. That's why the 3stars
Read more
One person found this helpful
Helpful
Comment Report abuse

tira hernandez
5.0 out of 5 stars Conspiracies and Zombies!!
Reviewed in the United States on July 20, 2018
Great storyline and characters! The cover up conspiracy is very plausible. My only advise for the characters in the next book is, "If it has clouded eyes, horrendous wounds, smells like death, and is trying to bite you, shoot it in the head!!!!"
Read more
One person found this helpful
Helpful
Comment Report abuse

Amazon Customer
5.0 out of 5 stars I had a hard time putting it down.
Reviewed in the United States on November 8, 2018
I really enjoyed this book. I would definetly recommend it and hope to see more from the author.
Read more
One person found this helpful
Helpful
Comment Report abuse

Shelley
1.0 out of 5 stars Hardcore Zombie fans: Don't bother with this one!
Reviewed in the United States on July 11, 2018
Couldn't get through the first 10 pages. You don't start a novel describing women's physical appearances or boring short bios on people who will obviously be killed. Boring! Juvenile!
Read more
Helpful
Comment Report abuse
See all reviews from the United States

Amazon Customer
4.0 out of 5 stars A clear coherent zombie adventure
Reviewed in the United Kingdom on January 23, 2019
Verified Purchase
For me it was the characters that made this novel. I was with 'The Sarge' throughout and in many ways saw the events through his eyes. If I have a criticism of the novel it is that the Sarge is not in it enough! (Take note Andrew for the sequel!). Aside from the folk the storyline was well developed and quite intriguing. The build up to the climactic finale is well paced and exciting enough to keep the pages turning - perhaps longer into the night than they should have been. If you like this genre the I wholeheartedly recommend this book, and if you do not well I suggest you give this one a try because it is a good story with enough suspense and conspiricy theories to entertain you and leave you feeling that you have had 'a jolly good read'. With thanks to the author, I look forward to the sequel (s).
Read more
Helpful
Sending feedback...
Thank you for your feedback.
Sorry, we failed to record your vote. Please try again
Report abuse

PC Richards
5.0 out of 5 stars Ideal for any zombie lover
Reviewed in the United Kingdom on December 14, 2018
Verified Purchase
Absolutely brilliant read! I couldn’t put this book down.

Any zombie lover would enjoy this.
Read more
Helpful
Sending feedback...
Thank you for your feedback.
Sorry, we failed to record your vote. Please try again
Report abuse

Chris
5.0 out of 5 stars Unputdownable – a masterclass in the modern zombie epic
Reviewed in the United Kingdom on June 26, 2018
Verified Purchase
Stephen King look out, there’s a new kid on the block! OK B A Hippsley is no kid but as first impressions go this is a good one; a 284 page, high adrenaline, white knuckle roller-coaster ride that compels you to finish once you’ve started. The storyline, characters and dialogue are solid and often inspired with plenty of twists and turns. It is hard to believe that this is a first release.

I’m sure we’ll be seeing a lot more from this author and I will be very disappointed if this tale doesn’t find its way onto the big screen.

There must surely be a sequel - Beyond Containment?
Read more
Helpful
Sending feedback...
Thank you for your feedback.
Sorry, we failed to record your vote. Please try again
Report abuse