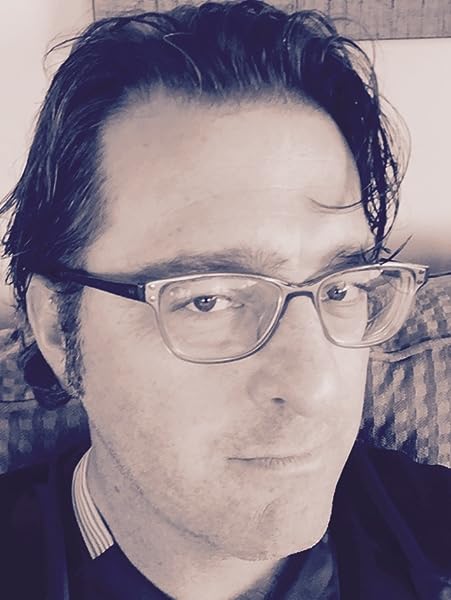 Gr 9 Up—In the year 2021, Sara Paige Christie lives in Tulsa, OK. She is a high school student who desperately wants to go to UCLA as a film student. She is working on a documentary about the graffiti that keeps popping up on the outskirts of town, which reads, "WH2RR??" As Tulsa is now denationalized, the private police force, Free Force Tulsa, washes every trace of this graffiti away within 24 hours. All pictures have been scrubbed from the Internet as well, which fascinates and inspires Sara. She is determined to discover the secrets behind "WH2RR??" Along her journey, Sara meets Billy, a fellow film amateur. Her infatuation leads her down a path she is not equipped to handle. As tensions rise, Sara films more than a high school student should see. She finds out the identity of the graffiti artist and that Free Force Tulsa is trying to eradicate the homeless population. As the situation explodes, Sara is in the right place at the right time, but at what cost? This is an interesting take on the popular dystopian style. The omniscient narrator's language is elegant, almost out of place in such a gritty world, but the vernacular of the characters' dialogue is realistic. Teens will identify with the protagonists here, who are concerned with the same issues: sex, alcohol, smoking, school angst, and friendship. However, the flat, underdeveloped characters seem to be buried beneath the language of the story and the dystopian world Falkin has created. VERDICT An additional purchase for any high school library.—Jeni Tahaney, Duncanville High School Library, TX

A breathless ride of a novel. Seventeen-year-old Sara is a protagonist readers are unlikely to forget. Making a documentary film with the hopes of impressing college admission officers, she winds up at the center of a revolution, where no one--not the boy she falls in love with or even her own father--is who he first appears to be. A novel rife with engaging characters and rich with powerful ideas and implicit warnings about an all-too-believable future, Contract City is the very best kind of page-turner. --Suzanne Greenberg, Author of Lesson Plans and winner of the Drue Heinz Literature Prize for Speed Walk and Other Stories

Falkin creates a near-future world that is at once terrifying and uncomfortably familiar, one where corporations have consumed entire cities and history is scrubbed away, even as it happens. His feisty, film-making protagonist, torn between her pre-fabricated suburban life and the troubled world outside her comfort zone, trains her camera on this censored world, revealing its fissures and provoking a confrontation between perception and reality. From the first page, Contract City is an enthralling, white-knuckle read that is enriched by its heroine: an ordinary girl with extraordinary guts. --C.F. Yetman, Author of The Roses Underneath

Contract City is an intelligent YA dystopian novel set in the country's first fully privatized city, Tulsa, Oklahoma. I use the term dystopian lightly because the world Falkin created is so realistic that the story balances right on the edge between sci-fi and reality. Set in the very near future, Tulsa has become the first city to become completely privatized, with services such as police, hospitals, and schools run by private corporations. But more is going on than meets the eye. Sara, a teenage documentary film-maker, begins investigating some graffiti that shows up everywhere--the tag WH2RR??. What starts as an interesting documentary subject to help her break into the film scene becomes a deeper and darker mystery, and soon she is hunted by the private police squad as they try to obtain her footage. Contract City strikes the perfect balance between intelligent and action-packed. The world, the characters, and the story are smart and timely, but that doesn't stop Falkin from creating a fast-paced and exciting story. I loved that he wasn't afraid to create a dystopian world that's both subtle and realistic a believable glimpse into a real, near future. But my favorite thing about the story was Sara. She's a wonderful, strong YA protagonist. The young artist is brave, clever, curious, and cares about the world around her. At one and the same time, she is strong and vulnerable, which makes her relatable and easy to root for. Although tackling big, real issues, she also has to navigate the challenges of youth, such as finding her place in the world and experiencing a first love. I was on her side from page one. Teens and adults alike will appreciate the intelligence and reality behind this story, and will be rooting for Sara along with me. I enjoyed drinking in every page. --Sharon Bayliss, Author of Destruction and Watch Me Burn

Born and raised in Tulsa, Oklahoma, Mark Falkin has lived in Texas for the last twenty years and has called Austin home for most of that time. By day, he is a literary agent and a recovering music attorney. His 2006 self-published novel, Days of Grace, was optioned for a film, and nominated for a national literary award, The Needle Award, at POD-dy Mouth blog, where the reviewer said, “This is literature at its best… Falkin could easily be likened to the aforementioned Lethem or to Augusten Burroughs or even J.D. Salinger,” and Bookpeople in Austin noted, “Here’s more proof that Austin is home to some of the best new writers around… Falkin’s novel is reminiscent of the writing style found in Lethem, Sedaris, Coupland, and Kerouac, with his sharp wit and journalistic style.”
Read more

Start reading Contract City on your Kindle in under a minute.

Jason A. Myers
4.0 out of 5 stars Lot's of fun. Every time I thought Falkin was losing me ...
Reviewed in the United States on May 24, 2016
Verified Purchase
Lot's of fun. Every time I thought Falkin was losing me in the story, he flipped it over and grabbed me again. Initially I thought this story would be more dystopian than it was, but to be honest, it ready like it could happen today!
I never liked Billy or anything he was trying to do, so my empathy for him as a character was never as much as I wanted it to be. In some instances Sara felt pulled along rather than driving the story, which as the protagonist, I would have liked to seen flipped. But other than that, the story held my attention well and I looked forward to it every day when I got it back home. The ending was quite a shocker, i was mad that it ended the way it did only because i wanted the mother get more of a comeuppance than she did. But I guess that's up Falkin on what just desserts he gives to his character! Otherwise it was a fun story and well worth your time.
Read more
One person found this helpful
Helpful
Comment Report abuse

LindaAndGeorge
5.0 out of 5 stars Good read
Reviewed in the United States on April 16, 2015
Verified Purchase
Contract City is an absorbing story with great style. It is not, in my opinion, a young persons book, as I thought when I bought it from Kindle. I want to read Mark's other books now...
Read more
One person found this helpful
Helpful
Comment Report abuse

Amazon Customer
5.0 out of 5 stars Super page turner for a business trip or vacation!
Reviewed in the United States on January 18, 2017
Verified Purchase
Enjoyable, thought-provoking and a read I didn't want to put down. The premise of an actual Contract City is interesting and I'm sure a concept that has been or will be considered by some municipalities. Certainly worth the read!
Read more
One person found this helpful
Helpful
Comment Report abuse

Michelle
5.0 out of 5 stars Great summer read.
Reviewed in the United States on June 24, 2015
Verified Purchase
Mark Falkin does an impressive job creating a plausible future based on a not so distant past. He creates engaging characters with relatable struggles. Can't wait for his next book.
Read more
One person found this helpful
Helpful
Comment Report abuse

S. W. Hudson
5.0 out of 5 stars Great Read, Falkin is a rising star!
Reviewed in the United States on May 3, 2015
Verified Purchase
Riveting book! The author is a master, I enjoyed the story thoroughly.
Read more
One person found this helpful
Helpful
Comment Report abuse

justin holliday
4.0 out of 5 stars Perfect balance of intellectual and captivating
Reviewed in the United States on August 28, 2015
Verified Purchase
Awesome book. Really intelligently written, but also structured such that you were always wanting more and there was not one moment of boredom during my entire reading process
Read more
One person found this helpful
Helpful
Comment Report abuse
See all reviews