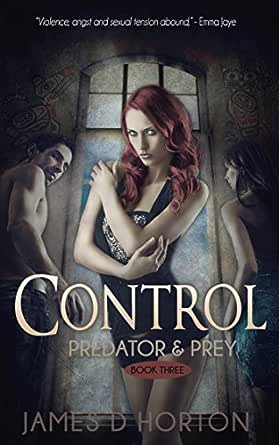 You've subscribed to Predator & Prey! We will preorder your items within 24 hours of when they become available. When new books are released, we'll charge your default payment method for the lowest price available during the pre-order period.
Update your device or payment method, cancel individual pre-orders or your subscription at
Your Memberships & Subscriptions
There was an error. We were unable to process your subscription due to an error. Please refresh and try again. 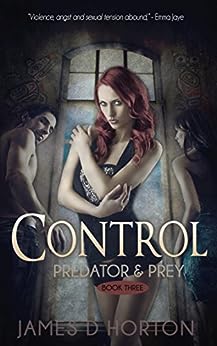 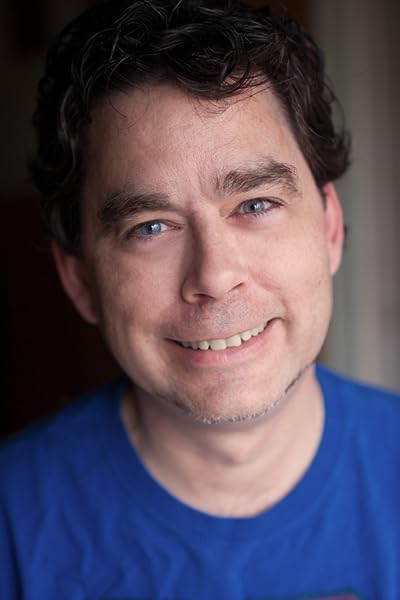 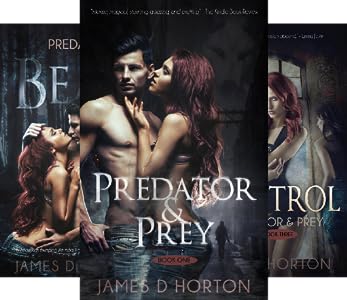 James was born on a naval base and raised in Lamar, MO. He is a fiction author and novelist, writing in the paranormal romance and urban fantasy genres. His approach to writing is no frills, fast paced excitement that creates an emotional impact. He writes fantasies, horrors, and romance novels, all of which are designed to get your heart racing.

He is a self-proclaimed original comic book geek and loves superhero movies, his favorite TV shows are The Walking Dead and Game of Thrones.

Check out all the books in this series!

Quin
4.0 out of 5 stars Great writer.
Reviewed in the United States on February 2, 2016
Verified Purchase
Whew! I really enjoyed this Book 3. Some may complain that the speech about the beast within and its movements was excessive (but it was needed). What this book showcases is the vampire world and how they function, particularly. Also, we are introduced to Luna, Wolf's previous lifemate. As a warning this book is really dark, but it still retains a shining beauty. I feel it was beautifully written.
Read more
Helpful
Comment Report abuse

Linda J. DeAngelis
5.0 out of 5 stars Lily/Lynx
Reviewed in the United States on March 20, 2016
Verified Purchase
I enjoyed the predators/prey series . The interaction between Lily and Wolf was interesting but needs to be developed more. I want to know more of why Wolf is the way he is.
Read more
Helpful
Comment Report abuse

Barbara
5.0 out of 5 stars Good series
Reviewed in the United States on June 25, 2017
Verified Purchase
I love the 3rd book best out of all of the first 3 I read, I don't know if there are other books in this series or if there will be more made so yes book 3 is the best one so far
Read more
Helpful
Comment Report abuse

Aimee
3.0 out of 5 stars Wish there was more romance
Reviewed in the United States on December 17, 2014
Verified Purchase
Second book was better...Wish there was more of a romance story line..but all in all it was a good read
Read more
Helpful
Comment Report abuse

Brenda62
5.0 out of 5 stars Control was off the charts, it is page turner, you won't want to put it down.
Reviewed in the United States on November 9, 2014
I devoured this book. It was fantastic. Mr Horton, showed a hint of a writing skill that I knew was going to be beyond belief. In Predator & Prey, he showed that first hint. In Beast, Mr. Horton showed more, think of it as a small taste of a Death by Chocolate Cake, it gave that rush, and left you craving more, and as I have stated in my review of the previous books, he did it, he KNOCKED MY SOCKS OFF with Control. *Standing and giving Mr. Horton a huge ovation shouting Bravo*!!!!!!

Control started with a story from Greek mythology, ( it ties in later in the book). Poor Lily, I cried when Wolf hurt her in book 2, I wanted to stick my hand in his chest. But she was saved by being turned. My heart went out to her, she was so lost without Wolf. She didnt understand why he just vanished out of her life. Lily had Athene ( her maker) and that pain in the behind *Council* deciding her fate, she was to be trained by, ummm I really am not sure just was the guy was,he was just a strange Vamp. But he did give Lily a special gift in one of her training sessions. (opps, no spoilers...sorry).

There were some very unique plot twists, that I thought were brought in at perfect times. People introduced into the story line without missing a beat. Everything just flowed so perfectly, that my socks just went flying right off my feet, I was so impressed with Mr. Horton's writing skill.

Oh yes, we can not forget the little *political intriques* who would have thought that Katherine, maybe had a heart after all.

The battle to save innocents, was omg!!!!!! killer, the detail that went into the discription of Wolf, Lily, and Luna trying to save the innocents was beyond words, Mr Horton drew me right in to the battle, I was actually ducking to avoid flames and falling bricks and stuff, it was unreal, I was hollering,*look behind you, duck*, to Wolf, Luna and Lily. It takes a very special talent to be able to draw the reader into the story.

I wish I could give Control more then 5 stars, it was without a doubt, one of the best paranormal books, I have read in a long time.
Please read Control, I have no doubt that you will enjoy it.

Hats off to Mr. Horton, superb job on the series. I'am happy to say that I have added you to my fav authors list. I hope that will be a book 4, I would really like to see where Lily goes. Thank you for such a fantastic series. Happy reading.

Samaris
5.0 out of 5 stars The path for these characters is not an easy one. They are trying to find balance between ...
Reviewed in the United States on November 17, 2014
Lily’s life has been forever changed by her association with Wolf. She now goes by Lynx and has joined the ranks of the predators in the city by being made a vampire. While she struggles with trying to control her beast, her heightened emotions and her sense of loss over Wolf denying her plans are being made by the most powerful of the Society. Wolf struggles with what has become of Lynx and is thrown back into memories of the past when Luna returns to the city. Luna is Wolf’s mate and her story is one that will leave you in tears and cheer her on when she chooses to fight. The path for these characters is not an easy one. They are trying to find balance between what they are and what they want to be all while fighting the people in Society who would use them against each other and see them fall. Lynx has powers no one has seen the likes of before, which makes her a person of interest to all. Will she be the one to finally not only achieve the peace they all long for but save them as well? How will Luna’s return affect Wolf? Will Wolf be able to do what needs to be done to save them? Another great installment in the Predator & Prey series can’t wait to see what comes next.
Read more
One person found this helpful
Helpful
Comment Report abuse

Jennifer Hines (Hines and Bigham's Literary Tryst)
4.0 out of 5 stars Do you see what I see...?
Reviewed in the United States on November 17, 2014
*I received this book free from the author in exchange for an honest review*

Athene still seems a little crazy, but there’s definitely something going on with her that will soon have to reveal itself.

Wolf remains the man of little words. His actions speak loudly though. With the return of his mate and the chemistry between them things heat up extremely fast, but at the same time he has these feelings for Lily that he just can’t push aside.

Luna has had so many things torn from her and the line she’s meant to walk isn’t the easiest, but she’s strong and she does the best she can. With her being Wolf’s mate I really wanted to hate the fact that she was back in the picture, but despite my hesitancy I couldn’t help but like her.

Now that Lily has officially become Lynx she’s trying to figure out how to control the beast inside her. For someone who can easily see the beast in others she’s have a difficult time seeing her own. However, others are getting glimpses of her true power and she does not like that one bit. She’ll begin coming into her own gifts and unique is putting it mildly.

I love the Predator & Prey series and cannot wait for it to continue. Call me a hopeless romantic, but I still want to see Lily and Wolf together.

“He may not love me back but I love this man. The man, not the beast. I barely know the man, I know his beast better, but under that I see a man who is loyal, who will do anything to protect those he loves and I know that in his way he loves me.”

My Favorite Moment: There was no better moment than when Lynx meets the Regent at her ball. Now that was one hell of a greeting.
Read more
One person found this helpful
Helpful
Comment Report abuse
See all reviews