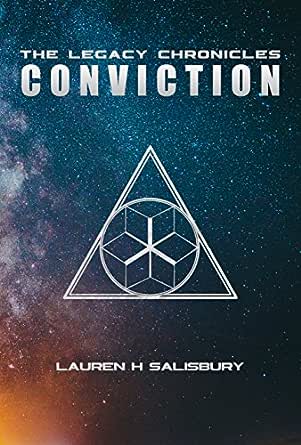 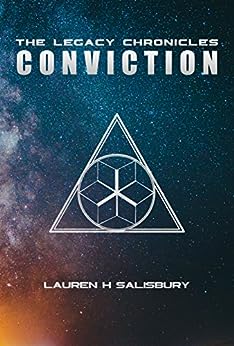 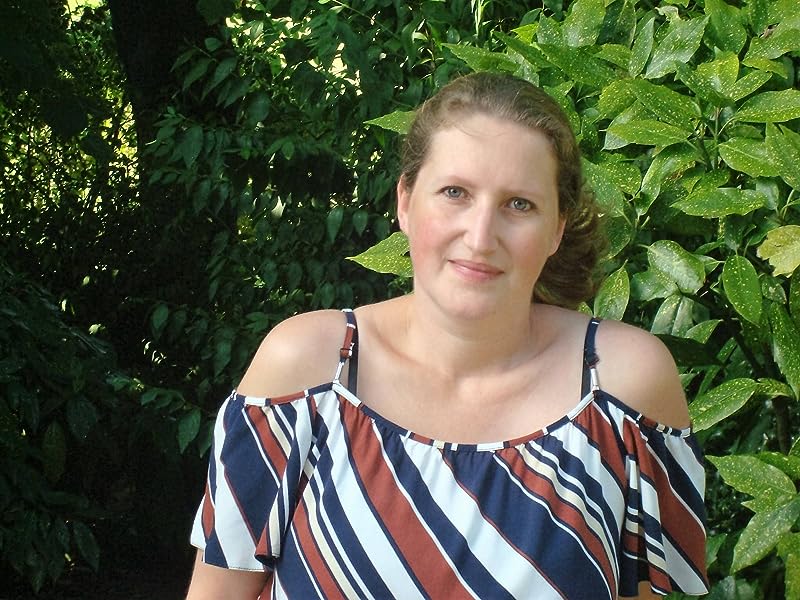 Christine S. Wachter
5.0 out of 5 stars A Well-written Enjoyable Read
Reviewed in the United States on January 18, 2019
Verified Purchase
Conviction begins where Courage ended, but the focus is now firmly on Than and Menali, two of my favorite characters from Courage. Than’s brash, flirtatious, and full of confidence personality is the antithesis of Menali’s shy, retiring and self-effacing personality. Yet, in the midst of the turmoil and harsh living conditions of the slave settlement after the massacre, the two form an unlikely friendship that blossoms into a love story. Than’s and Menali’s characters grow individually as they grow together.

Salisbury’s world building is spot on. The alien landscape of U’du and the otherworldliness of the Esarelians are painted in just a few strokes and yet that sense of other permeates the story. The living conditions of the slaves are harsh and still life goes on and hope is not lost.

The main flow of the story from Courage is given a backseat in Conviction but still kept alive in the reader’s mind through the brief passages pulling that thread through bit by bit. This is a well-written, enjoyable read.

M.H. Elrich
5.0 out of 5 stars A sweet continuation of the series
Reviewed in the United States on June 20, 2019
Verified Purchase
I really enjoyed getting to know some of the minor characters in the first book of her series. So excited for the next one.
Read more
One person found this helpful
Helpful
Comment Report abuse

Lelia Rose Foreman
5.0 out of 5 stars Well-written Romance
Reviewed in the United States on April 1, 2019
Verified Purchase
Though sometimes repetitious, the writing is mostly well done. If you like romance and don't mind or even love a science fiction setting, this is your book.
Read more
Helpful
Comment Report abuse

Rayleigh Gray Setser
VINE VOICE
5.0 out of 5 stars A Great Follow Up to Courage!
Reviewed in the United States on September 7, 2018
For a quick take on the story, please read my review of book one, Courage.

Conviction picks up almost immediately where Courage leaves off, so I would definitely recommend reading book one first. This is not one of those series where you could easily jump into the story in the middle, you’d be a touch confused 😉

I’m not the least bit ashamed to say that Than was my favorite character in Courage so I’m so glad that he has the spotlight in Conviction! Even though this is a retelling of Moses in the Bible, and it has those very obvious aspects, Conviction branches off into it’s own story that is most definitely a romance. I love Than and Menali’s relationship, and the pace of it. It’s not rushed into with fire and fury but it’s not agonizing with suspense either.

The story is gripping, adventurous, and I really just enjoyed it! Especially since it’s clean. There are some religious themes to the book (obviously, it’s a retelling of a Bible story) but I didn’t think it was overly “Christianized” or pushy in any way. It was mainly just a clean, refreshing read.

So overall, I enjoyed Conviction just as much as I enjoyed Courage and give it a rating of 5 out of 5 stars!

I received this book from the author for the purpose of this review. All comments and opinions are entirely my own.

J
4.0 out of 5 stars Inspiring Sci-fi Romance, Strong Second in Series (The Legacy Chronicles)
Reviewed in the United States on September 8, 2018
First and foremost, Conviction is a romance. I wasn’t expecting this since Courage was so action-focused with a little romance on the side, but I am far from disappointed! In the first book, most of the reader’s time is spent learning about the world of U’du. From the religious beliefs and social structure of multiple races, to soaking up descriptions of the planet’s natural resources and cheering for the resistance as they attempt to overthrow their oppressors, the focus is largely on learning about the world in the public sector. Conviction tightens the reader’s gaze to focus on the inner lives of two characters: Than and Menali.

Although fictional, these two are a wonderful example of God working in each person’s life to prepare them for a future together. At first glance, Than and Menali are irreconcilably different. As you learn more about their background and mindset, though, their compatibility is revealed. The road isn’t easy, but nothing can stand in the way of God’s plans, not even the people involved. As they and their community respond to tragedy and increasingly harsh conditions in the wake of a failed resistance attack, each person must choose whether they will lean on God and their neighbors for support, or isolate themselves in order to avoid potential suspicion by their oppressors.

While romance and personal development are the main focus of Conviction, there is still plenty of action as well. The resistance is still alive and planning missions despite being recently beaten down. The protagonists from the first book pop in and out from time to time, keeping us updated on their suspense-filled lives as well. Justice, the human condition, and space aliens are all prominent features of the series.

There is definitely no sophomore slump here. I thoroughly enjoyed Conviction, perhaps even more than Courage. I highly recommend this series to anyone who enjoys science fiction, action/adventure, unconventional romance settings, creative retellings of Bible stories, or fiction with Christian themes.
Read more
One person found this helpful
Helpful
Comment Report abuse
See all reviews

Irene
5.0 out of 5 stars Excellent
Reviewed in the United Kingdom on October 1, 2018
Verified Purchase
A very satisfying second book in The Legacy Chronicles series. If anything, I would say I actually found this story more interesting than the first (and I loved that book!) . I really cared about what happened to Than and Menali, such brilliant characters. The Esaralian Princess Reemah is also intriguing and her part in the tale has been sympathetically drawn. In some ways, this is not such an exciting adventure as the first book in the series but a will they/won't they love story between Than and Menali but the stage is now set, I feel, for a very exciting third book which takes Mahsan's life forward! I look forward to it!
Read more
One person found this helpful
Report abuse
See all reviews