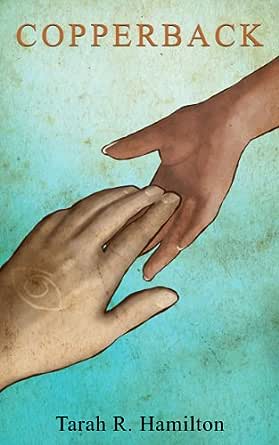 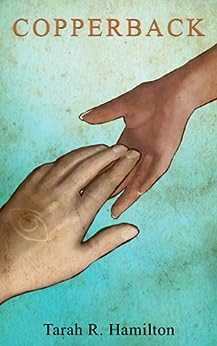 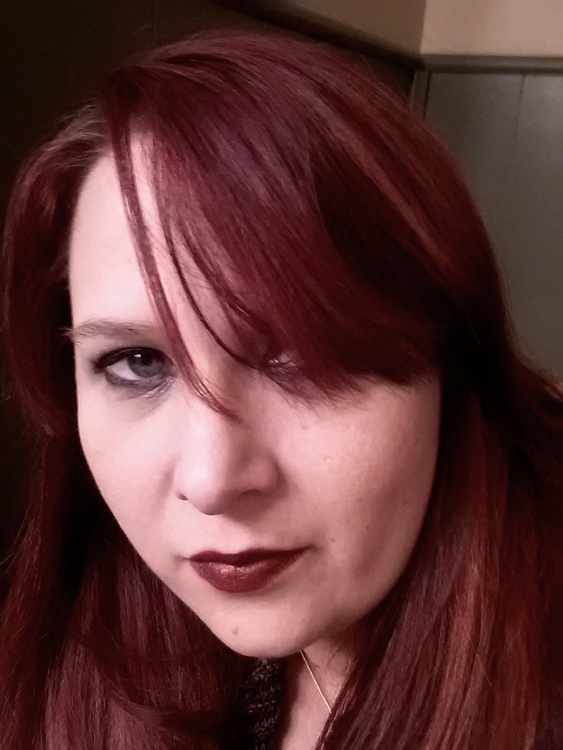 Maria Hammarblad
5.0 out of 5 stars Excellent entertainment!
Reviewed in the United States on August 30, 2013
Verified Purchase
How would humanity react if large groups of aliens appeared among us? And, what if there were two groups of them - one seemingly cooperative and friendly and the other more... Well, more like us?

In Copperback we don't waste any time in siding with one faction and slamming the other into slavery. People are all too willing to buy into the idea of the Sayner as useful but dangerous animals, and the Vesper as near divine.

Emily O'Neil accepts the stories presented in media, and when she meets Job, a living and breathing Sayner, she's terrified of him. Life is rarely completely black or white, and when Emily is forced to spend time with Job she realizes there's more to him than she could ever have expected.

Copperback is an excellent book. It is well written and populated by characters that come across as real people. Their anguish, fears, hopes, and dreams seem real. The author kept taking turns I didn't expect; every time I thought some major obstacle would appear in the heroine's way nothing happened, and every time I expected smooth sailing, disaster waited around the corner. I thoroughly enjoyed it, and if you're looking for a light and pleasant read this might be exactly what you seek.

Miri
5.0 out of 5 stars Gripping. I hope there will be a sequel.
Reviewed in the United States on May 7, 2015
Verified Purchase
First, I need to say that I am a fan of alien stories, especially when they are as adorable as Job.

Job is a copperback, a nickname given to a species of aliens, the Sayner, who have been unlucky enough to arrive on Earth after the Vesper. Due to the popularity (and lies) of the latter, Sayner are believed to be violent and dangerous. The humans revert to slavery, using the Sayner for their hard labor.

Well, that's where the story had its first hiccup for me. Why would humans enslave them if they were so dangerous? I mean, would you buy a serial killer to use as a slave? I don't think so. Albeit my doubts, I put aside my disbelief because, after all, I didn't know the whole story yet and still liked what I was reading. As it turns out, we get to learn more about that, but only toward the end of the book.

Then there's Emilie. While my heart had melted for Job from the moment he was introduced to the story, it took me some time to warm up to Emilie, but at the end, I liked her…a lot. She starts out sounding like a callous, self-centered person. That didn't bode too well since the story is told in first person from her POV. Again, patience solved the problem. Emilie changed. From the heartless person who wondered why she should care for someone as 'meaningless as a slave', to someone who would do anything for Job.

So, ok, one might say the book isn't perfect. There were a few dangling participles in the beginning, but who cares? The story is gripping…the book, hard to put down. If you're looking for a great sci-fi romance, this book is for you.
Read more
Helpful
Report abuse

E Clouse
5.0 out of 5 stars A Futuristic Coming of Age Story
Reviewed in the United States on August 20, 2014
Verified Purchase
Tarah R. Hamilton’s debut novel “Copperback” is a futuristic coming of age story that follows Emily O’Neil, a young woman hiding from life after the death of her mother. When she is forced to help her brother by taking in Job, an injured Sayner from an alien planet, Emily finds something she didn’t realize she was looking for – love.

This book sucked me in. Hamilton built an engrossing world not far off from our own. Emily is completely relatable and her growth through the novel keeps you engaged and turning pages. I haven’t been this engrossed in a book since Twilight, but the relationship is more mature with more mutual respect and far less angst. I highly recommend and hope for a sequel!
Read more
Helpful
Report abuse

MagSam
5.0 out of 5 stars Must Read
Reviewed in the United States on September 28, 2013
Verified Purchase
Touching story about a young woman who at first reluctantly hides and nurses an injured enslaved alien on planet Earth. Earth has been visited by two warring alien species who have fled from the same planet. While one species is accepted by earth's inhabitants the other is rejected and forced into slavery. Big mistake... the ruling aliens are not what they seem while the enslaved aliens as well are not as "primitive" as perceived.

This is an entertaining story that has a twist from the other alien novels I've read. Note: This is a clean romance...no raunchy sex between human and alien.

I understand this is Book 1 in the Copperback trilogy. Yes, I will be reading these as they become available.
Read more
2 people found this helpful
Helpful
Report abuse

Joycedale
4.0 out of 5 stars I think the story will continue
Reviewed in the United States on October 2, 2013
Verified Purchase
This is a very very sweet story about a girl and an alien slave falling in love. It's an unusual way of looking at racism and the things people will sacrifice for others. It ends with a cliffhanger so I'm looking forward to the story continuing.
Read more
4 people found this helpful
Helpful
Report abuse

S. Gaona
5.0 out of 5 stars Awesome book!!!!
Reviewed in the United States on December 12, 2013
Verified Purchase
This is an awesome book. I cried like a baby at the appropriate parts, laughed at others. I really do hope you'll write the next book. I enjoy your style and lack of bad words. I'd pay $10.00 or whatever to read it. Thanks for a great read.
Read more
Helpful
Report abuse

Charlene R.
4.0 out of 5 stars Great read
Reviewed in the United States on October 28, 2013
Verified Purchase
The middle was alittle slow, and it was alittle "innocent" for my tastes, but all in all it was a Great Read!!
Read more
Helpful
Report abuse

Kindle Customer
5.0 out of 5 stars A pleasure to read
Reviewed in the United States on March 23, 2015
Verified Purchase
This was a really good book, and I am looking foreword to the sequel. I would recommend this book to a friend.
Read more
Helpful
Report abuse
See all reviews

Jan 🌹
4.0 out of 5 stars Wonderful story
Reviewed in the United Kingdom on December 9, 2017
Verified Purchase
Happy and sad story but I really enjoyed it.
There should be BOOK 2.
I recommend this book to anyone :)
Read more
Report abuse
See all reviews