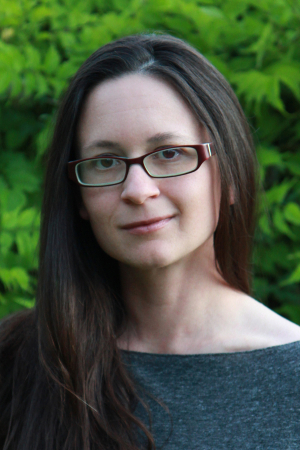 by Tina Connolly (Author)
4.2 out of 5 stars 15 ratings
Book 2 of 3: Ironskin
See all formats and editions
Sorry, there was a problem loading this page. Try again.
Read more Read less
Previous page
Next page

Moving from the gothic to the political, this feminist urban fantasy (sequel to 2012's Jane Eyre pastiche Ironskin) shifts the war with the Fey from countryside to cityscape. When anti-Fey activist Jane goes missing, her sister, Helen Huntingdon, takes over Jane's role as leader of the anti-Fey forces, which include both humans and dwarvven. Married to the wealthy, useless Alistair, Helen gets involved in organizing the leading ladies of society, fashion, and the arts. With tolerance and tenacity, Helen struggles to overcome prejudice against both dwarvven (as the belligerent pro-human Copperheads chant, One People, One Race) and women while undermining the Fey King's plot against humans and trying to help her sister. Connolly is more inventive than in her previous book, but straying from a good model allows the tension to deflate. More successful than the citywide threat are the domestic dilemmas and a romantic triangle with Helen at its apex. Agent: Ginger Clark, Curtis Brown. (Oct.)

“This is an astonishing book: an evocative re-imagination of Jane Eyre that concerns itself with beauty, love, and social upheaval. This lyrical and utterly marvelous debut is one of the standout books of the year.” ―RT Book Reviews, 4 ½ Stars, Top Pick! on Ironskin

“Connolly has created a complex and well-drawn world here, and the story is indeed an original and imaginative take on the gothic-fiction tradition. An intriguing and ambitious fantasy tale.” ―Kirkus Reviews on Ironskin

“All the romance, mystery, and horror that a good gothic story needs.” ―Portland Monthly on Ironskin

“Jane is ferocious and splendid; the hero is tormented and tragic. Tina Connolly has crafted a steampunk Beauty and the Beast tale, beautifully and cleverly reversed. Don't miss this debut.” ―Ann Aguirre, national bestselling author of Enclave on Ironskin

“A lyrical, beautifully crafted debut. A haunting exploration of the true price one must pay for magic, beauty, and love, Ironskin will stay with me for a long time to come.” ―M.K. Hobson, author of The Native Star on Ironskin

“Clever and romantic at the same time--no mean feat. A magical and entertaining waltz across the fairy forests and dark moors just a sideways step or two from Haworth Parsonage.” ―Ian R. MacLeod, author of Wake Up and Dream on Ironskin

“A gothic, eerie, and pitch-perfect retelling of Jane Eyre, in which the moors are haunted by menacing fae and the hero's secrets are steeped in magic. Ironskin kept me up past my bedtime and stayed with me long after the last page was turned.” ―Leah Cypess, author of Mistwood on Ironskin

“Connolly provides plenty of discussion of fashion, courtship, and marriage for fans of Victorian gothics.” ―Publishers Weekly on Ironskin

TINA CONNOLLY lives with her family in Portland, Oregon, in a house that came with a dragon in the basement and blackberry vines in the attic. Her stories have appeared all over, including in Strange Horizons, Lightspeed, and Beneath Ceaseless Skies. She is a frequent reader for Podcastle, and narrates the Parsec-winning flash fiction podcast Toasted Cake. In the summer she works as a face painter, which means a glitter-filled house is an occupational hazard.
Read more
Start reading Copperhead (Ironskin Book 2) on your Kindle in under a minute.

kindlemom1 (My Guilty Obsession Blog)
4.0 out of 5 stars Fabulous Sequel!
Reviewed in the United States on November 8, 2013
Verified Purchase
When I read Ironskin, the companion novel to this one last year I thought it was a pretty unique retelling with fantasy elements that I not only enjoyed but really wanted more of. I didn't quite get the world building and a definite ending that I was hoping for so when this one came out I just knew that it was something I needed to read as well. If not to hopefully get more glimpses of Jane than to at least learn more about the world Jane and Helen lived in.

Where Ironskin was lacking in explanation and world building, this one excelled. The author really came through with wonderful descriptions about the fey, finally explaining the Great War in more length, and delving into the dwarvven beings as well. I was utterly satisfied with where the author took the story and ran with it.

While I wasn't a huge fan of the materialist and sometimes shallow Helen in Ironskin, this was her moment to shine. Her character not only went from a timid self centered young girl to a strong and capable woman but her character grew in all most every way imaginable. She stepped up and took control of a very out of control situation and came through splendidly. In fact her character really grew on me throughout the story and I found myself rooting for her the whole way through.

Once again the author managed to blend the old (historical) with the new (fantasy element) and pulled off a stunning setting fit for any lover of both genres.

My only regret is that Jane didn't have a bigger, stronger role in this installment. I really fell in love with her feisty strong willed character in the first book and I wanted more of her and Rochart. I didn't feel we got enough of their ending in the first book and was slightly disappointed that there wasn't more to their love story. And although there wasn't more to their story there was definitely an ending to it and for that I am grateful. In fact, I love how the whole story was told, how it ended and how it leaves it open for more adventures in the future.

K. Bird Lincoln
5.0 out of 5 stars like Garlic Parmesan Kettle Chips for solid crunch of Helen's transformation flavored with fey, period society, and hijinks
Reviewed in the United States on October 28, 2013
Verified Purchase
My biggest gripe with the first book in this series, Ironskin, was that I liked a touch more romance in my Fantastical Bronte-esque fiction.

Not so with the second in this series, Copperhead.

In Ironskin we are introduced to a society where the fey and humans have had a big war and now the fey seemed to all but have disappeared back into the forest from whence they came. Except for the startling beautiful faces of the Hundred Society women Rochart made out of fey-infused clay in the first book, Ironskin.

Now Ironskin's main character, Jane, is trying to replace the fey faces with the Hundred's original faces-- including that of her sister, Helen.

Helen wants to help, but what's a girl whose fooled everyone into believing she's air-headed and ditzy to do when fey bits start appearing all over town, Jane disappears, and a secret society begins constructing strange apparatus, making curfews, and taking over the town?

And what about that strange man in black who keeps appearing when Helen needs him most?

Although you could plunge into Helen's story without reading Ironskin, first, I recommend reading the books in order. I think Helen's discovery of her own powers-- with or without her fey face-- are made more poignant by having learned of Jane's story in the first book.

While I did get a bit tangled up when it came to the climactic Helen vs. the Fey King scene at the end to who was doing what with which bits of fey, Helen herself is so much fun to hang along with as she tries to reconcile the role she's played as the dutiful wife and daughter with the desires to protect her sister and the city, that it doesn't matter. The understated, quiet building of feelings between her and the man in black also kept the romance lover in me reading on.

A lovely addition to the series featuring a heroine just as plucky as Jane, but in her own way. (and still a lovely Bronte-esque society without the major borrowings from Jane Eyre that Ironskin had)

David J. Caolo
2.0 out of 5 stars Dull
Reviewed in the United States on January 1, 2014
Verified Purchase
I enjoyed Ironskin, the predecessor to Copperhead, quite a bit. It's got a compelling enemy, a fun story and a clever use of magic. Despite a few dull passages, there was typically enough going on. That's not the case with Copperhead.

I'm about 1/3 of the way though and it's beyond boring. I'm forcing myself to read, only because I paid for it and feel I ought to. I hope it picks up soon, because now it's totally dull.
Read more
Helpful
Report abuse

Amazon Customer
3.0 out of 5 stars copperhead.
Reviewed in the United States on March 26, 2014
Verified Purchase
It was a good read, quick and not overly romantic, I enjoyed the heroine's personality and the plot was interesting.
Read more
Helpful
Report abuse

Kristen Fleming
5.0 out of 5 stars Sequel Does Not Disappoint
Reviewed in the United States on November 14, 2013
Verified Purchase
It's rare that a sequel is just as enjoyable as the original (especially when the original is as good as Ironskin!), but Copperhead is exciting, engrossing, nonstop entertainment. Highly recommended!
Read more
Helpful
Report abuse
See all reviews

L Gilson
4.0 out of 5 stars Copperhead
Reviewed in the United Kingdom on March 10, 2015
Verified Purchase
Very good book which follows on from Ironskin and makes a lot more sense. You do have to read these books in order because what Jane does in the first book with her fey power and strong mindedness makes Helen into the stronger woman and heroine in this book an you also find out what Copperhead is and means, not quite what you would expect. Alister was a good man and husband most of the time but always wanted more and redeemed himself at the end.some of the characters were nasty and got what they deserved. Liked Rook and glad he was there for Helen
Read more
Report abuse
See all reviews
Pages with related products. See and discover other items: historical fiction early england
Back to top
Get to Know Us
Make Money with Us
Amazon Payment Products
Let Us Help You
EnglishChoose a language for shopping. United StatesChoose a country/region for shopping.
© 1996-2021, Amazon.com, Inc. or its affiliates