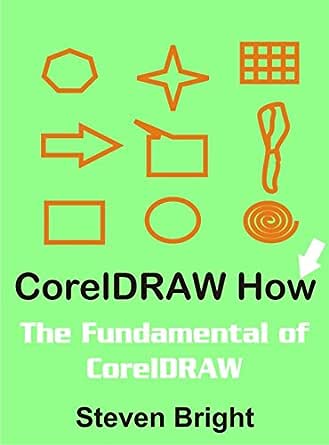 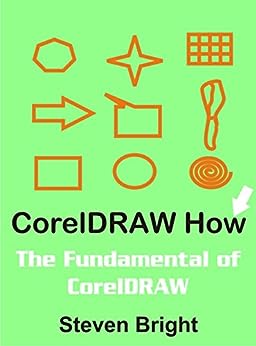 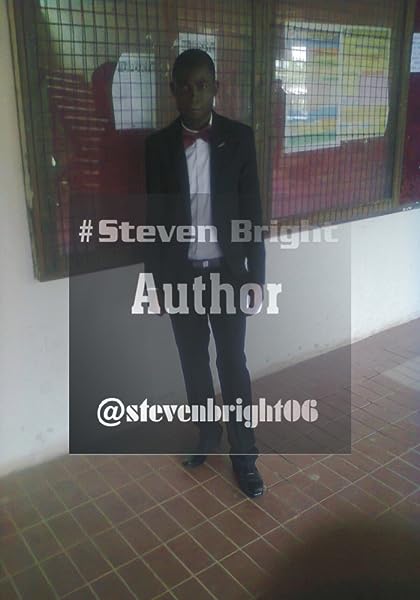 This is a teach your self manual through step by step guides with visual aids.
The author Steven Bright gives you an introduction to CorelDRAW through easy to follow steps and then guides you to the advance stages of project conception and design with visual aids of the starting CorelDRAW objects and the final graphics product.

3.3 out of 5 stars
3.3 out of 5
4 customer ratings
How does Amazon calculate star ratings?
Amazon calculates a product’s star ratings based on a machine learned model instead of a raw data average. The model takes into account factors including the age of a rating, whether the ratings are from verified purchasers, and factors that establish reviewer trustworthiness.
Top Reviews

Angie Penrose
2.0 out of 5 stars "Fundamental" to the point of being unusable
Reviewed in the United States on May 7, 2019
Verified Purchase
This is one of those indie published books that annoys other indie writers. (Or if it was published through a comercial publishing house, this author has grounds for some serious complaints.) This book needs a good copyedit to clean up all the little glitches scattered throughout. The layout is rudimentary and the writing is stiff and clunky.

The author also needs to go through it making sure the graphics actually work in the editions offered. I bought a copy (which I returned less than an hour later) and the first graphic shown is the Corel Draw workspace, just over an inch wide on my Kindle Fire screen. The graphic was so small I couldn't read the labels to see which parts were where, nor see what any of the buttons or tools looked like. And the screen shown was vertically oriented, which makes me wonder if the writer took the screenshot from a tablet, or even a phone. Most people will use this program on a laptop or desktop computer, and the screenshots should reflect that because some programs add or subtract toolbars and menus depending on the size and shape of your screen. (InDesign, for example, absolutely blooms on a big monitor.) If the example is from a screen with a completely different orientation from the one I'm going to be using, I don't know whether I can trust that it accurately reflects what I'll see. Assuming I could see it in the first place, which I couldn't.

The example graphics were poorly designed and ugly. I get that this is a book on how to use the tool, not how to design the products, but the writer is trying to convince his audience that he's an expert with this graphics program. Seeing the graphics he produces, I'm not convinced he is, which doesn't give me any confidence in his teaching.

The teaching itself is so spare as to be useless. Most of the instructions are short lists -- to use the X tool, go to this menu, choose the X tool, set this option and that option, click on the workspace, nudge the item or drag it or whatever, done. Anyone who's familiar with how a graphic user interface works could've figured that out. If I'm going to buy a book to teach me to use a complex software tool, I want more than that. I want explanations and tips and potential pitfalls. I want MANY more screenshots. (Which I can actually see.) Some design advice would be nice, although considering how crude and badly designed the example items in the book were, it's probably just as well he didn't give any.

Robert
5.0 out of 5 stars Five Stars
Reviewed in the United Kingdom on August 17, 2017
Verified Purchase
VERY SUITABLE FOR MY NEEDS THANK YOU..
Read more
Helpful
Sending feedback...
Thank you for your feedback.
Sorry, we failed to record your vote. Please try again
Report abuse