You've subscribed to Modern Masters of Their Castle! We will preorder your items within 24 hours of when they become available. When new books are released, we'll charge your default payment method for the lowest price available during the pre-order period.
Update your device or payment method, cancel individual pre-orders or your subscription at
Your Memberships & Subscriptions
There was an error. We were unable to process your subscription due to an error. Please refresh and try again. 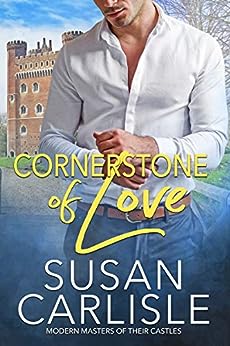 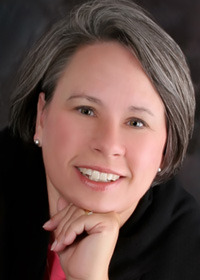 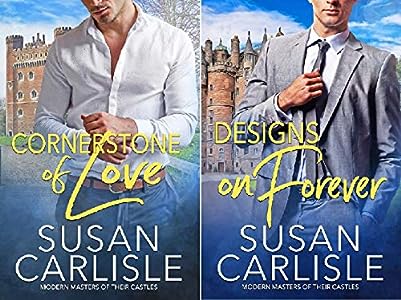 A. Richard
5.0 out of 5 stars Circumstances are frequently emotional and feelings are always sincerely depicted
Reviewed in the United States on March 17, 2020
Verified Purchase
The first book in the Modern Masters of Their Castles series begins with a romantic story packed with emotional challenges and a very likable couple. Since Ian unexpectedly became the Earl of Hartley, he has carried out any obligations associated with the title without complaint. It is up to him when his family’s ancestral home is in need of repair, however, he had no idea that the person whom he chose to tackle the project would cause such turmoil in his life. Allison is always focused on the best way to complete a task. But after meeting Ian, her thoughts about the work being done at his home are often overshadowed by thinking about him. I was captivated all the way though CORNERSTONE OF LOVE, as circumstances are frequently emotional and feelings are always sincerely depicted.

Upon meeting the contractor who would be overseeing the restoration of a Hartley Castle tower, Ian Chalmers was not impressed at first. Besides being a woman, Allison Moore is also from America, which leads to him having doubts about her capabilities. Since the death of his father and brother, it has been up to him to carry out any family responsibilities, and he wants someone who will make sure the job is done competently. After careful consideration, Ian decides to hire Allison and hopes her work is more than satisfactory. Though he should not be intrigued by the American, as she is not at all the type of female that he would normally find appealing, her lively personality is just too charming to ignore.

I really liked how Ian and Allison interacted with one another, as Susan Carlisle makes their responses realistic with a wide variety of sentiments. This couple displays many emotions to let me know how they felt about a particular situation, and their comments are usually very candid. Neither holds back when it comes to displaying their inner feelings, and I really liked how honest they were with each other. Some of the issues Allison and Ian had to face are not too troublesome, while several could be life-changing. Regardless of what was going on in their lives, all events came across as believable. The English setting is colorfully portrayed, where some scenes demonstrated daily life while others showed a very special moment shared by this couple. CORNERSTONE OF LOVE is a compelling start to an enchanting series, where entertainment abounds. Rating - 4.5 Stars
Read more
Helpful
Report abuse

Ian is ensconced in his world of business obligations and family duty. Allison is longing to finally settle closer to family and do more baking and less business. He’s an English lord. She’s a modern Southern belle from America with fire and gumption – nothing like the women he’s dated.

From the first page, sparks of interest flew between Ian and Allison, even when they were verbally sparring. I found them to be quite entertaining, often smiling as I read their story. Allison wasn’t what Ian expected. She challenged and intrigued him. Ian aggravated her, even as she fought the attraction. It was delightful!

Even though they seem -at first glance- to be an unlikely match, author Susan Carlisle deftly weaves their personality traits and background stories together. Some elements pull the couple together, others push them apart. Cornerstone of Love is a feel-good, worth-the-lost-sleep romance that leaves the reader with a satisfied sigh.

I received an advance copy of this book in exchange for an honest review.
Read more
Helpful
Report abuse

Lynn B
4.0 out of 5 stars Modern day royalty!
Reviewed in the United States on March 20, 2020
Verified Purchase
Love when they least expect it! With the first book in a new Modern Masters of Their Castles series, Susan Carlisle steps out of her medical romance roots and delights her readers with a whimsical dash of royalty. In CORNERSTONE OF LOVE, we meet a reluctant Earl and a confidant tradeswoman who instantly connect.

Ian Chalmers became Earl of Hartley upon his father and older brother's death and though it was never the way he expected to live his life, he stepped up heartily and throws himself into his responsibilities ... at the expense of his own happiness.

Allison Moore is an expert in her field of structural engineering and restoration, but she's looking to move forward in her life and make a few more of her dreams come true.

I recommend this book to anyone who loves a strong feminine heroine weaved into a royal romance. The characters showed spunk and a whole lot of heart. I enjoyed it and look forward to more in the series.
Read more
Helpful
Report abuse

KT
5.0 out of 5 stars Escape to Hartley Castle!
Reviewed in the United States on March 17, 2020
Verified Purchase
I really enjoyed Cornerstone of Love.
Ian is the Lord of Hartley Castle and Allison is the American contractor hired to repair the aging structure. Allison has her own way of doing things, with her pink hard hat and need to climb around the structure, that leaves Ian wondering if she is serious enough for the job. However, as they get to know each other he sees her passion for history and need to do things right and she sees he’s not as stuffy as he lets on. I loved the slow build of their romance and the lengths they would both go to take care of the ones they love.
Read more
Helpful
Report abuse

WJ
5.0 out of 5 stars A Temptingly Sexy, Yet Tasteful Read
Reviewed in the United States on April 20, 2020
Verified Purchase
I really enjoyed reading Susan Carlisle's novel. I loved the modern and refreshing twist to the historical genre. Both Ian and Allison are married to their careers, and both had that one important element missing in their lives.
Ian's loss was heart-wrenching, but necessary to bring these two "lost souls" together. I finished this in one sitting and look forward to finishing this series. Thanks for keeping it temptingly sexy and tasteful.
Amanda - Cartersville, Georgia
Read more
Helpful
Report abuse

Sherrie Lea Morgan
5.0 out of 5 stars A Lord, A Contractor, and a Castle…what a match!
Reviewed in the United States on March 17, 2020
Verified Purchase
As a huge fan of castles, architecture and Lords, this story is a match made in heaven. Absolutely loved the chemistry between Lord Ian and Allison. The background, knowledge and attention to details made this story so enjoyable. I couldn’t put it down. What a great start to a new series. I’ll be waiting for the next installment!
Read more
Helpful
Report abuse

lynette williams
5.0 out of 5 stars a modern love story
Reviewed in the United States on January 28, 2021
Verified Purchase
a modern love story set against trying to save his manot
Read more
Helpful
Report abuse
See all reviews