Corrupt Practices: A Parker Stern Novel and millions of other books are available for Amazon Kindle. Learn more 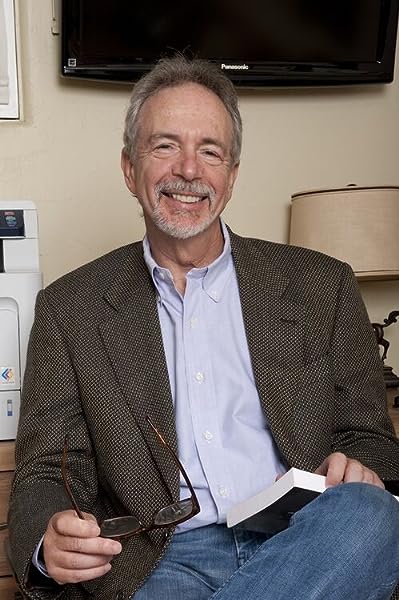 by Robert Rotstein (Author)
4.6 out of 5 stars 54 ratings
See all formats and editions
Sorry, there was a problem loading this page. Try again.

A Los Angeles church, considered by some to be a powerful cult, charges Rich Baxter with embezzling millions. Rich reaches out to former colleague and star trial attorney Parker Stern to come to his defense. Parker despises the cult, but he hasn’t entered a courtroom since developing severe stage fright after his mentor, Harmon Cherry, committed suicide. Rich claims that Cherry did not kill himself—he was murdered by someone connected to the church. At first, Parker doesn’t believe it . . . until disturbing events force him to question what’s really happening. As the case takes an unexpected turn, Parker surprises himself and agrees to take on the church. But to represent his client and uncover the truth he must overcome his own long-buried secrets.
Read more
Previous page
Next page

"The Killer Collective" by Barry Eisler
A fast-paced, page-turning novel of betrayal, vengeance, and depraved secrets in high places from the New York Times bestselling author of the John Rain and Livia Lone series. | Learn more

*Starred Review* Parker Stern’s promising career as a litigator at Macklin & Cherry ends abruptly when he’s stricken with paralyzing stage fright in courtrooms after the suicide of his mentor, Harmon Cherry. When the firm subsequently breaks up, Stern’s former partners are supportive: Manfred Mason, now associate dean at a law school, hires him as an adjunct professor, and occasional bedmate Deanna Poulos, now a coffee-shop operator, persuades him to represent another ex-colleague, Rich Baxter. When Baxter, accused of embezzling from his longtime client, the cultish Church of the Sanctified Assembly, is found hanged in his jail cell, Stern begins to believe the outlandish charges that Baxter has made against the church. Hired by Baxter’s father to fight the church over his son’s estate, Stern finds himself at risk, along with his student, Lovely Diamond, who is helping him with the investigation and with whom he becomes romantically involved. Rotstein’s debut is a tautly constructed, fast-moving narrative with an appealing protagonist—smart, articulate, and crafty—who nevertheless literally faints from fright in front of a judge. This promises to be a compelling series for legal-thriller fans. Get in at the start. --Michele Leber

“This is a terrific book. Just terrific. Robert Rotstein has come up with a fresh take on the legal thriller and he does a first-rate job. Parker Stern is a complex and well-developed protagonist and the story is beautifully structured for maximum intrigue and suspense.”
—SUE GRAFTON, #1 New York Times–bestselling author

“An intelligent, fast-paced, exciting thriller with an intricate plot that kept me on the edge of my seat. The ending had my heart pounding. I stayed up late, finished it in two sittings, and wished there had been more.”
—ROBERT DUGONI, New York Times–bestselling author of Murder One

"A tautly constructed, fast-moving narrative with an appealing protagonist. . . . This promises to be a compelling series for legal-thriller fans. Get in at the start."
—BOOKLIST, starred review

“Be prepared to put everything down and read through the night. Rotstein is a master of lightning-fast plot shifts and startling characterizations. Sexy, riveting, and keenly crafted, Corrupt Practices is well worth the insomnia.”
—TERRI CHENEY, New York Times–bestselling author of Manic

“Corrupt Practices gives you all the pleasures of a legal thriller . . . but it is also just a beautiful novel. The characters are weird, interesting, flawed, and psychologically complex, and the portrayal of various Los Angeles subcultures . . . is authoritative and insightful. [It’s] both a wild ride and a profoundly satisfying literary experience.”
—MATTHEW SHARPE, author of Jamestown

“An intriguing, deftly paced legal thriller. The scenes ring with authenticity and the story peels back layer after layer of surprises.”
—PAUL GOLDSTEIN, author of Havana Requiem

“The kind of rich and entertaining read that will please a wide range of legal thriller fans. . . . It is that rare sort of book—one that leaves you feeling entertained and a better person for having read it.”
—LES STANDIFORD, author of Bringing Adam Home

"A steady stream of intriguing revelations delivered in a lively, precise style will keep readers turning the pages."
—PUBLISHERS WEEKLY

Robert Rotstein (Los Angeles, CA) is an entertainment attorney with over thirty years experience as an attorney and law professor. He's represented all of the major motion picture studios and many celebrities including Michael Jackson, Quincy Jones, Lionel Richie, and writer-director John Sayles, among others.
Read more

Start reading Corrupt Practices: A Parker Stern Novel on your Kindle in under a minute.

Robert Rotstein is the author of WE, THE JURY (Blackstone Publishing October 2018), a USA Today best seller and a Suspense Magazine Best Thriller of 2018. With James Patterson, he is the author of THE FAMILY LAWYER, the title story of the New York Times best-selling collection. He’s written CORRUPT PRACTICES (2013, Booklist starred review); RECKLESS DISREGARD (2014, Kirkus and Booklist starred reviews), and THE BOMB MAKER'S SON (2015), a series about lawyer Parker Stern. Rotstein practices intellectual property law with the Los Angeles firm Mitchell, Silberberg &amp; Knupp, LLP, and has represented all the major movie studios and record companies, as well as well-known directors and writers.

4.6 out of 5 stars
4.6 out of 5
54 global ratings
How are ratings calculated?
To calculate the overall star rating and percentage breakdown by star, we don’t use a simple average. Instead, our system considers things like how recent a review is and if the reviewer bought the item on Amazon. It also analyzes reviews to verify trustworthiness.
Top reviews

C. Christensen
5.0 out of 5 stars Great debut!
Reviewed in the United States on July 5, 2014
Verified Purchase
You would never guess this was a first novel. The writing is terrific, the story is complex and believable. Parker Stern is a former child acting star and a brilliant litigator with a terrible occupational disability-- stage fright. This book is good from beginning to end and I look froward to the next Parker Stern book.
Read more
4 people found this helpful
Helpful
Report abuse

G. Eskelin
5.0 out of 5 stars A masterpiece of suspense
Reviewed in the United States on August 18, 2013
Verified Purchase
One of the best of it's type I have read. I was glued to it for a week of spare time. It has everything one would want in a mystery novel. After finishing it, I was able to get back to a full night's sleep.
Read more
7 people found this helpful
Helpful
Report abuse

Texas reader
5.0 out of 5 stars Great First Book!
Reviewed in the United States on August 22, 2013
Verified Purchase
I purchased this for my Kindle on a fluke because I was drawn in by the description of this first time author. After a few pages I knew I had picked up a winner! I was turning pages quickly and loving every minute of this book.
I look forward to Robert Rotstein's next book.

Shoro
5.0 out of 5 stars Fabulous legal thriller
Reviewed in the United States on June 5, 2013
Verified Purchase
Corrupt Practices is a terrific read. I received my copy in the late afternoon, and was unable to put it down at 2 AM! The characters came alive on the page, and unlike some other legal thrillers I've read, the author didn't allow his knowledge of the law to bog it down, but rather to move the story forward. Plot twists were fun, but not so out of left field that it seemed as though he couldn't get out of a plot line any other way.

Rotstein really has an excellent voice as a writer. This is an terrific debut novel, and I will absolutely be on the lookout for his next Parker Stern thriller.

Sam R
5.0 out of 5 stars Low on Sleep, High on Parker Stern
Reviewed in the United States on June 23, 2013
Verified Purchase
It usually takes me between 20-70 pages to get into a book, but Corrupt Practices had me hooked from the get-go. This book impressed me with its twisting plot, its look into the legal system, and the new phrases that I learned from reading it (flop sweat? sodality?). I had the same "edge-of-my-seat" reaction to Corrupt Practices that I had to watching Rob Reiner's 1992 film, A Few Good Men. I thought I had the plot nailed from the beginning, but found myself standing corrected with every chapter. Looking forward to the sequel and to catching up on my sleep tonight, since I stayed up LATE for this all-night read.
Read more
3 people found this helpful
Helpful
Report abuse

Carson Flanders
5.0 out of 5 stars A great legal read.
Reviewed in the United States on July 8, 2013
Verified Purchase
I have a new favorite L.A. writer. Rotstein's legal thriller is smart, taut and intriguing. His knowledge of Los Angeles is extensive and his use of the city, masterful. He has breathed new life into the courtroom drama with characters that surprise, and plot twists that entertain and keep you just at the edge of figuring it all out-at least you'll think so until the next turn. Highly recommended.
Read more
One person found this helpful
Helpful
Report abuse

SALMAN RABIE
5.0 out of 5 stars Page Turner
Reviewed in the United States on June 10, 2013
Verified Purchase
I bought this book based on a referral and boy am I glad I did! I loved it and was gripped from the first page to the last. Can't wait for part 2 from Rotstein!
Read more
2 people found this helpful
Helpful
Report abuse
See all reviews
Back to top
Get to Know Us
Make Money with Us
Amazon Payment Products
Let Us Help You
EnglishChoose a language for shopping. United StatesChoose a country/region for shopping.
© 1996-2021, Amazon.com, Inc. or its affiliates