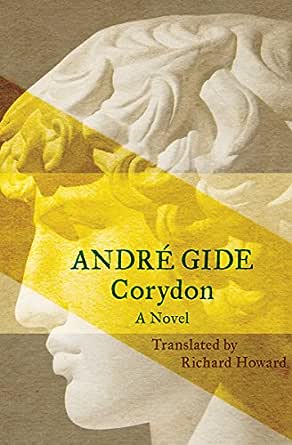 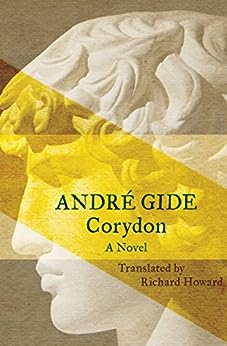 “In the service of a cause close to Gide’s heart . . . the book remains a touching testament. . . . A courageous endeavor . . . [a] necessary work.” —The New York Times Book Review

“Nobel prize winner Gide considered this work his crowning achievement. Published in French in 1925, the book is divided into four ‘dialogs’ on homosexuality and its place in the world.” —Library Journal
--This text refers to the paperback edition.

André Gide (1869–1951), winner of the 1947 Nobel Prize in Literature, was a celebrated novelist, dramatist, and essayist whose narrative works dealt frankly with homosexuality and the struggle between artistic discipline, moralism, and sensual indulgence. His essay collections Autumn Leaves and Oscar Wilde, among others, contributed to the public’s understanding of key figures of the day.

Nobel prize winner Gide considered this work his crowning achievement. Published in French in 1925, the book is divided into four "dialogs" on homosexuality and its place in the world. This is probably more for academics, but public libraries serving gay communities will also want it.
Copyright 2001 Reed Business Information, Inc. --This text refers to an out of print or unavailable edition of this title.
Read more

3.4 out of 5 stars
3.4 out of 5
3 customer ratings
How does Amazon calculate star ratings?
Amazon calculates a product’s star ratings based on a machine learned model instead of a raw data average. The model takes into account factors including the age of a rating, whether the ratings are from verified purchasers, and factors that establish reviewer trustworthiness.
Top Reviews

Alex Wilson
5.0 out of 5 stars Corydon: A new-old view on male homosexuality masterfully translated by Richard Howard
Reviewed in the United States on July 21, 2015
Corydon, both a title and an allusion to a shepherd who loves a fellow shepherd, is André Gide’s defense of “uranist desires,” or what we call male homosexuality. It should be noted, Gide is specific about the type of same-sex love he is defending, love and sex between two men. It’s also worth noting that this text is not without missteps, notably his unsavory discussion about women, who use “veil and adornments” to lead men toward them. This particular translation by Richard Howard is superb; it is both lyrical and poetic. Additionally, all of the prefaces written by Gide are maintained, providing greater context for the actual four dialogues. Overall, this translation is stellar—a worthy read for any Gide or LGBT enthusiast.

Corydon was written over several years, with many changes and addition added by Gide. The result is four dialogues, which not only defend gay men, but also condemn gay men from hiding and refusing to be open about their homosexuality. In Gide’s 1920 preface to the second edition he writes: “What I have to say about such things does not bring them into existence. They exist. I am trying to explain why they exist. And since in most cases no one is willing to admit that such things exist, I am examining, I am trying to examine, whether it is really as deplorable as it is said to be—that such things exist.” [text’s emphasis].

Dialogue One really is an answer to all the people who told him not to formally publish this book because of its damning ramification towards Gide. Two old friends argue about homosexuality, Corydon in defense. The friend states: “you swagger around in private and among yourselves, but out in the open and in front of the public your courage evaporates. In your heart of hearts you know perfectly well that the censure heaped on you is entirely deserved; you protest so eloquently in whispers, but when it comes to speaking up, you give in.” It is under this pressure that Gide becomes a “martyr” for his cause.

Dialogue Two is again between the two friends, but this time focuses on explaining nature, and in particular animals. Gide’s new theory of love reverses the “current” theory that “tends to make pederasty into an enterprise contra naturam…this theory has penetrated very deeply into natural history, distorting much of our reasoning and perverting much observation.” He then reestablishes natural history by removing the assumption that opposite sex attraction is “normal” in nature. Gide also discusses “customs” and how customs should not be confused with what is normal or natural.

Dialogue Three and Four focuses on humans, and in particular the arts, humanities, and customs of humans. Gide is especially critical of women’s customs, while also addressing marriage and chastity. Dialogues three and four are more provocative, as they address “Churchmen” [monks who translated history], Jews, and Women.

In Dialogue Four, Gide spends a great deal of time talking about ancient societies, and in particular ancient militaries. I particularly loved his inclusion of Philip of Macedon (Alexander the Great’s father) and his summary of the Thebans carnage. Philip said of the Thebans, “On learning that this was the battalion of lovers, he wept for them and exclaimed: ‘let those perish miserably who dare suggest these men were capable of committing or enduring anything dishonorable.’”

Gide’s discussion on marriage (particularly Léon Blum’s “On Marriage”) is most interesting in 2015, because Gide basically states that homosexual couples are just as likely to function as heterosexual married couples…were they given the chance to marry. Gide also notes that gay people are everywhere, and that it is desire/love and not sex that makes people gay (“chastity can still exist”).

Gide’s Corydon is a fast read, filled with reference to famous people and documents. Howard’s translation, in particular, is pleasant to read, with just the right amount of casualness to make it easily digestible. It’s hard to ignore the dated nature of Gide’s arguments; however, I found great value in reading Gide’s perspective—one that I believe represents a time and a place among a community of exceptionally famous artists and writers who were too afraid to be open about their homosexuality.

Thank you NetGalley and Open Road Integrated Media for providing me with an ARC.

Steiner
2.0 out of 5 stars Interesting, but stale
Reviewed in the United States on May 18, 2020
Andre Gide’s novel about homosexuality is structured as a dialogue, a clear allusion to its Socratic antecedents. Though long-spiraling sequences of discussion regarding the phenomena of homosexuality, gender, love, and humanity, Gide’s novel is really the occasion for his beliefs. Although long sections of his challenge to the putatively abhorrent status of homosexuality, the whole thing goes off the rails in his naturalistic approach to male beauty. Always interesting, Corydon left this reader disappointed.
Read more
Helpful
Comment Report abuse
See all reviews from the United States