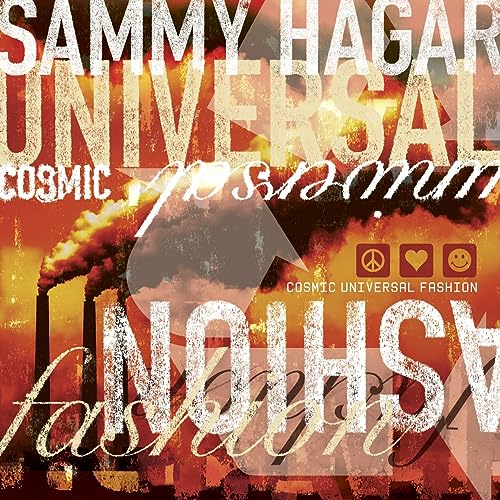 4.0 out of 5 stars
4 out of 5
59 global ratings
How are ratings calculated?
To calculate the overall star rating and percentage breakdown by star, we don’t use a simple average. Instead, our system considers things like how recent a review is and if the reviewer bought the item on Amazon. It also analyzes reviews to verify trustworthiness.
Top reviews

outdoorsman123
4.0 out of 5 stars Ok
Reviewed in the United States on April 11, 2020
Verified Purchase
I only got it for one song "LOUD" but there were several other good ones on here. Not to fond of the BB cover or the Cabo live version....really long and choppy.
Read more
Helpful
Report abuse

cam5150
5.0 out of 5 stars Great Album
Reviewed in the United States on January 28, 2014
Verified Purchase
Loud and Psycho Vertigo are standouts. Some reviews weren't that great, but I felt the album was very good. The two songs I mentioned are incredible which may make the rest of the album feel weaker.
Read more
One person found this helpful
Helpful
Report abuse

Dave E
2.0 out of 5 stars It's growing on me slightly, but still not his best.
Reviewed in the United States on February 3, 2009
Verified Purchase
I'm a lifelong Sammy fan, I own every album, but I was pretty disappointed this one. I originally wrote this as a one-star review and said I saw nothing redeeming about it, but a few tracks are gradually growing on me.

He has lost something on his voice (understandably at 60), and I don't feel like he has adjusted the music well to fit. His last album, albeit a far departure from his norm, at least explored some new directions. This one, I feel, is just a collection of stuff to put on an album.

If you liked the more country / beach style of "Living It Up" you'll like the tracks "When The Sun Don't Shine" and the "Dreams/Cabo" cover on this one. Those are probably my favorites, because his rock voice just isn't working for me right now - too gutteral and often flat. The acoustic VH cover would be nice, but 2 of the 4 minutes are intro dialog. That's interesting the first listen only.

"Switch on the Light" is pretty fun with Billy Gibbons on it. That one in particular is really growing on me.

The "Fight for Your Right to Party" cover is just gratuitous - the roadie doing guest vocals? May make for a fun moment at a concert (once), but to immortalize it in print is inexplicable to me (not to mention a poor choice of a cover to begin with - the Wabos have a lot more musical talent to showcase than a 1 riff rap song).

"24365" is an attempt at funk, but when you think of "Would You Do It For Free" with Bootsy Collins (on "Marching to Mars") - that's the standard and this doesn't come close. This one does feature Bootsy, but it's just forced. I can't stop comparing it to "Would You Do It For Free" which I hold as one of Sammy's best songs ever, both for the music, the message and the history behind it.

A lot of people here are talking about "Loud" and "I'm on a Roll" as the best rockers on here, but I didn't care for either of them - the music was good but I thought the lyrics were awkward - cringe-worthy in some cases. (Note to musicians everywhere, PLEASE quit rhyming with "Steve McQueen" in songs!)

The two Planet Us songs ("Peephole" and "Psycho Vertigo") are good but just out of place. I think that's my biggest problem with this album - it's an almost random collection of stuff that doesn't flow. Put those Planet Us songs on a compilation sometime, or just via I-Tunes or whatever, but they are truly from a different era and just don't fit well.

I hate to say this, because there was a long period where I ate up everything from Sammy, but the years of screaming have taken their toll. There's not a lot of successful 60 year old screamers that have worked as steadily as Sammy through the years, and there's a reason. I think he needs to consider where he needs to go vocally to keep making interesting music. It probably will be different and a big change for his fan base to adopt, but we're all aging, too. I think his fan base needs to understand if he has to adapt his music to protect his voice better - we'll get more years of music from him if he does.
Read more
8 people found this helpful
Helpful
Report abuse

Jon S
4.0 out of 5 stars Better than the last
Reviewed in the United States on November 25, 2008
Verified Purchase
I'm a Hagar fan, and although this isn't his best work since leaving VH (the first time), it's a solid piece of work and certainly better than the last release Live : Hallelujah. A number of good tracks here, some nice diversity.

Hagar shows that he stills know how to rock in his 60's, but he can also chill out and take it easy too.
Read more
Helpful
Report abuse

Dale D
3.0 out of 5 stars CUF is OK, but that's it - I'm ready for Chickenfoot
Reviewed in the United States on February 10, 2009
Verified Purchase
I am a huge Sammy fan. This is not his best work. The mistake I made was reading reviews before listening. The music isn't that bad except for the Beastie Boys cover, that sucks. It is kind of a hodge podge of different styles of music but it's growing on me. You need to listen to it loud, uninterrupted and with an open mind; maybe while driving down the road. Luckily Chickenfoot will be coming out soon and hopefully Sammy will redeem himself.
Read more
One person found this helpful
Helpful
Report abuse

PJT79
2.0 out of 5 stars Patchy and inconsistent.
Reviewed in the United Kingdom on January 16, 2014
Verified Purchase
If you are expecting a full on guitar shred fest look elsewhere in Mr. Hagar's repertoire. The opening title track is not an auspicious start. The next three raise the bar with "Loud" being the best track here. The Beastie Boys cover is acceptable. And it's all a bit mediocre after that. Until we get to the two live tracks which really hit rock bottom. These appear to be just a vehicle for another vomit inducing preamble before a dull semi acoustic duo of songs which were miles better in their original versions. Go to "Not for sale" to see what Mr. H is capable of.
Read more
One person found this helpful
Report abuse

Heaney
5.0 out of 5 stars Five Stars
Reviewed in the United Kingdom on April 2, 2017
Verified Purchase
Another great album from the Red Rocker
Read more
Report abuse

mr P
4.0 out of 5 stars Return to form
Reviewed in the United Kingdom on December 15, 2012
Verified Purchase
Well here we go Sammy shift's up a gear , great album that then lead us to Chickenfoot , the rest is history , Buy
Read more
Report abuse

Jim Spence
2.0 out of 5 stars Sammy gettin' lazy?
Reviewed in the United Kingdom on February 20, 2009
Verified Purchase
I'm disappointed with this. I bought it because I've always rated Sammy Hagar as a top notch singer with a Classic Rock voice. I love the Van Halen album Balance, and his early stuff with Montrose.

This album is a touch over 40 minutes. Quite refreshing in today's days of mega-albums, but when one of the songs is a cover (Beastie Boys - You gotta fight for your right to Parrrrrrrty), and another is a near 9 minute extended live track with a lot of chatting to the crowd in it I don't really feel that this represents a full album.

The first 4 tracks are good, but it goes downhill with the odd cover of the Beastie Boys. It feels like a good EP rather than an album of original material.

If you're up for 40 minutes of quality Rock I'd have to recommend the latest Nickelback album  Dark Horse  instead of this. I've had both in the car for a couple of weeks and I know which one I'll be listening too on the way home at the end of the week.
Read more
Report abuse

Mr. Robert Lismore
5.0 out of 5 stars SAMMY doing his best .
Reviewed in the United Kingdom on April 13, 2012
Verified Purchase
Sammy Hagar doing his style of heavy rock before he started up "CHICKENFOOT". If you can get to sea him live you'll gonna love him besting out heavy rock his style, GET IT.
Read more
Report abuse
See all reviews