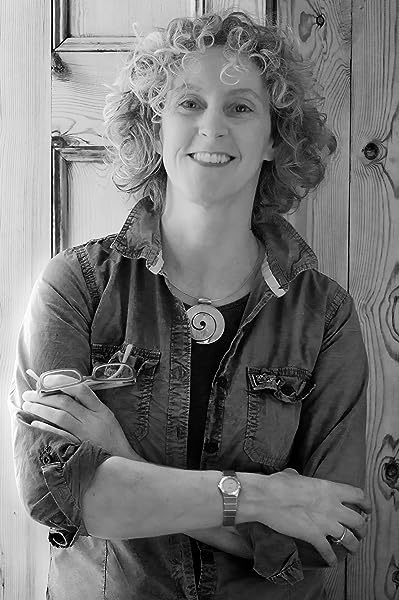 "The plot is superb and utterly convincing... The characters are brilliant: there is n't one who doesn't come of the page fully formed... KJ Lawrence is a superb writer who can evoke a location in just a few words... Days after finishing The Cossack I'm still mentally involved with the characters..." Five Stars. The Bookbag

"The Cossack is a fine debut, with Lawrence a compelling - and compassionate - author who is worth watching. Five Stars. Crime Fiction Lover

"The Cossack is a strong addition to the thriller genre with an interesting plot line, well developed characters and a lively pace." 4.5 Stars. TBR TheBookReviewers

Start reading The Cossack on your Kindle in under a minute.

Nick Harvey
5.0 out of 5 stars A wonderfully written tale
Reviewed in the United States on November 7, 2017
Verified Purchase
A wonderfully written tale that draws you in on an exciting journey. The characters are engaging and well developed and the international scenes are beautifully described. The author makes you feel you're right in the middle of each scene. Highly recommended read.
Read more
Helpful
Comment Report abuse

Victoria Weisfeld
5.0 out of 5 stars Exciting debut thriller with strong plot, intriguing characters, and a timely tie-in to 21st c. Russian-Ukrainian politics
Reviewed in the United States on October 16, 2017
Though this debut espionage thriller kicks off with a murder in winter 2014, it’s not the usual intercontinental bloodbath. In fact, in a nice twist, the killer—a Russian hit man named Mikhail Petrov—is having serious second thoughts about his choice of career. He regrets the string of corpses he’s left in his wake, and is weighing the likelihood he could change occupations without himself becoming a victim of the SVR—the heir to the KGB. With the death that opens this book, at least he gets what he came for: a set of 18th century banking documents.
Mikhail is an ethnic Russian who grew up in the Ukraine, and his victim is a young Ukrainian named Ivan, working in London as an assistant to noted photographer Daniel Brooking. Ivan has disappeared, but it’s happened before, and Daniel is not too worried about it until he receives a visit from Ivan’s friend, British intelligence official Anthony Graves. Finding out what happened to Ivan becomes a truth mission for Daniel. All he has to go on are some documents relating to a mysterious financial transaction during the American Revolution.
Across town, Mikhail Petrov likewise studies the papers he stole from Ivan. Though Ivan had cleverly divided his resources, both sets of documents converge on one location, a bank headquartered in New London, Connecticut. Mikhail travels there, and finds Daniel a half-step ahead of him. In author Lawrence’s hands, the shifts between these two characters’ points of view work well. They’re well-rounded, believable, interesting, and temperamentally different from each other. Daniel may be the novel’s main character, but Mikhail is more sympathetic than you’d expect and has considerably more skills for dealing with the hazards this unlikely duo eventually confronts.
You can almost smell the dust on the half-forgotten legend they uncover concerning a fortune in gold. What could this far-fetched tale have to do with modern-day Ukraine? Why was Ivan killed for delving into it? A question that does not occur to Daniel, at least at first, is whether poking a stick at this particular bear puts him at risk too.
Lawrence creates a strong sense of urgency by interspersing a parallel story line involving Ukrainian protests against the Russian-supported government, which peaked in 2014, the time when this novel is set. Ivan’s sister Yana, a physician, is an active participant in Kiev’s independence movement and a witness to the violence perpetrated by the Ukrainian police. Yana is poking a bear, too, determined to put an end to the careers of the worst offenders. Although this thread of the story is thinner than the main tale, it provides a real-life grounding and urgency to Daniel and Mikhail’s activities continents away.
The Cossack is a fine debut, with Lawrence a compelling—and compassionate—author worth watching.
Read more
Helpful
Comment Report abuse

Sarah Nibbs
5.0 out of 5 stars A brilliant debut, when's the sequel?
Reviewed in the United Kingdom on December 3, 2017
Verified Purchase
Excellently narrated by a well researched author with a clear knowledge of international politics, power struggles, organizational secrecy and an appetite for plot twists.

The characters of Victoria Parker, Daniel Brooking and Mikhail deserve another outing.

Anyone who loves the work of Peter James, Tess Gerritsen, Karin Slaughter or The Jack Reacher series should read this book and publishers should sit up and take note of a hugely promising and well researched author. Remember that you saw KJ Lawrence here, first. A fantastic read.
Read more
2 people found this helpful
Report abuse

NSW
5.0 out of 5 stars Couldn't put this down!
Reviewed in the United Kingdom on October 13, 2017
Verified Purchase
Brilliant!!! Loved it, a real page turner, I couldn’t put this down. I had my heart in my mouth several times, great story telling, I truly felt that I was right there living this rollercoaster with her characters. Highly recommended!
Read more
One person found this helpful
Report abuse

Nicole Langlois
5.0 out of 5 stars An impressive debut novel
Reviewed in the United Kingdom on November 8, 2017
Verified Purchase
This is a beautifully written and intelligently plotted thriller with a cast of characters that draws on none of the stereotypes of this genre. I read it from cover to cover.
Read more
One person found this helpful
Report abuse

Bok1elephant
5.0 out of 5 stars A Must Read!
Reviewed in the United Kingdom on November 18, 2017
Verified Purchase
A great plot. Brilliantly written with great attention to detail. The characters are believable and the locations are so well described I felt as though I was there with them! I couldn't put it down!
Read more
Report abuse

Gehweiler Marie
5.0 out of 5 stars Excellent - a thriller for novel readers
Reviewed in Germany on January 31, 2018
Verified Purchase
Very good read. Unusual for a political thriller in that it is as well written and constructed as a traditional novel with considered, well-drawn characters and excellent descriptions to set scenes, but still manages to be a page-turner and occasional shocker. If you enjoy Robert Harris it would be worth your while reading The Cossack.. Very interesting storyline for those who keep up with international events.
Read more
Report abuse
Translate review to English
See all reviews