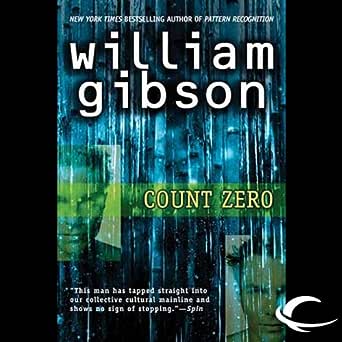 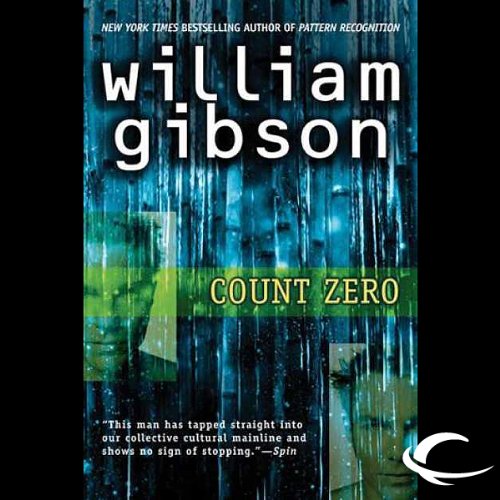 4.5 out of 5 stars
4.5 out of 5
776 global ratings
How are ratings calculated?
To calculate the overall star rating and percentage breakdown by star, we don’t use a simple average. Instead, our system considers things like how recent a review is and if the reviewer bought the item on Amazon. It also analyzes reviews to verify trustworthiness.
Top reviews

John Smith
5.0 out of 5 stars Kindle edition is typically worthless trash & ruins the story, buy an actual book instead
Reviewed in the United States on July 7, 2016
Verified Purchase
As per usual, half the punctuation is missing because of crappy OCR, but even worse, every single one of the full line breaks which indicate a scene change are systematically removed. So you read a line of dialogue and then the very next line is being said hours later, or in a different frame of reference, etc., and doesn't make sense until you think about it a minute and realize that there used to be a visual indication of the frame shift which has been removed because Amazon churns out shoddy product and charges full price for it.
Read more
117 people found this helpful
Helpful
Comment Report abuse

Victory
VINE VOICE
3.0 out of 5 stars Good but not my type
Reviewed in the United States on October 21, 2019
Verified Purchase
I'm reading the Sprawl Trilogy from a writer's perspective--I'm trying to figure out Gibson's style. I've finished book 2 "Count Zero" and I think I can better analyze it now. . .

Imagine Hemingway writing SF. That might be a decent approximation to what Gibson is doing. Minimalist. Hemingway could write the bare minimum describing a cloudless sky in a hot desert in a way that would make you imagine a hawk screeching overhead without him actually writing it. That is a mastery of the art. The problem is when you try to do that with science fiction you leave the reader high and dry. We KNOW about skies, deserts, and the hawk not written about but we've never ventured into Gibson's "matrix" or his imagined world of internet voodoo gods so. . .how the hell is a reader supposed to fill in the blanks Hemingway-style?

My take is that science fiction, more than just about any other genera, demands description especially when the writer takes you on a ride to completely uncharted territories--which is exactly the case when you're writing about cyberspace. Gibson at once leaves too much to the imagination but demands that you remember the most inconsequential detail barely mentioned 60 pages earlier for the impending plot twist to make sense. Contrast this style with somebody from the opposite end of the spectrum, like Dan Simmons.

While Gibson leaves nearly the entire burgeoning internet to your imagination Simmons spends tens of pages describing the worlds of "Hyperion" that you've never been to and have never seen. I prefer Simmons' style to Gibson in the realm of science fiction. I come here to see things I've never seen before, not to be told "go figure it out for yourself." Heck, I was doing that anyway before I picked up the Sprawl Trilogy.

So Count Zero is a good read even though it is not my style. Maybe it's yours. You decide.

Bobby Newmark, a.k.a. Count Zero comes off appropriately like a teenage little puke. His character arc is. . .developed, I suppose. He's hired for his hacking "cowboy" expertise and his big scene amounts almost to just being in the right place at the right time (again with the minimalist approach). I was hoping for a little more action.

Turner is a good bad ass--a real bounty hunter/rogue Special Forces/007 type. He kicks ass when required and ends the book as just a tiny bit of a softie. SPOILER ALERT! He's a daddy and you're supposed to remember waaaaaay back 120 pages earlier he had a one night stand (you figure his character has had many, but this isn't that kind of book) with a third tier character who steps on the stage, fools around, and then leaves. Then at the end of the book in the epilogue he’s a daddy. The End. Huh? Yeah. Good night.

I mean the plot is decent, the characters aren't exactly cardboard cutouts. They live and breathe somewhat. And the story travels along. I suppose Gibson's greatness is in his ability to make you anticipate. . .something. The internet is apparently crawling with voodoo gods from the union of Neuromancer and Wintermute from the previous book but you barely see them. In fact, they're really only hinted at. As a reader, wouldn't you really want to get into what the hell these internet voodoo gods are? How they act? Get under their skin? I was hoping to at least meet them man-to-cybergod. Well, you won't get much of that here.

Gibson is all anticipation and not so much satisfaction. All tease and really little pay off.

You'll like Gibson if you like to be teased but without much fulfillment. He's a master at that. So, yeah, he has a following. And massive awards.

But I'm looking for a different style.

Amazoniac
2.0 out of 5 stars Bizarre, disjointed, unresolved
Reviewed in the United States on January 1, 2020
Verified Purchase
This is my second attempt to enjoy Gibson and it will be my last. Not my cup of tea for several reasons:

- Much of the dialog reads more like stream-of-consciousness babble than things people would actually say.

- Future jargon and tech thrown in with zero explanation, requiring the reader to eventually figure out what it means through repetitive context. Maybe this will take pages, maybe chapters. Some authors make this approach work; Peter F. Hamilton comes to mind. Gibson does not.

- Disjointed. The voodoo element never meshed or fit for me.

All in all, this writing comes across to me as trying to be too clever by half. I strongly prefer that an author simply tell a good story in understandable fashion. This isn't that.
Read more
5 people found this helpful
Helpful
Comment Report abuse

D. ForstTop Contributor: Cooking
5.0 out of 5 stars Sex, drugs and rock and roll. The perfect cyber punk.
Reviewed in the United States on December 28, 2016
Verified Purchase
Gibson is up there with Asimov, Dick, Clarke, and Herbert. His projections into the future are disturbingly accurate for being written in the 80s. His frenetic writing style also matches the adrenaline that's pumped into the plot of this book. If you're a sci-fi cyberpunk fan with a tilt towards multiverses, biotechnology, multi-threaded plots and the ilk, then this is the book for you.

Also, if you're deciding between this and Neal Stephenson (Snowcrash) I'd highly recommend the Sprawl trilogy instead.
Read more
13 people found this helpful
Helpful
Comment Report abuse

Jason Cox
5.0 out of 5 stars Classic of cyberpunk
Reviewed in the United States on April 7, 2020
Verified Purchase
It’s been 20 years since I last read Count Zero and honestly, I had forgotten much of it. But this rereading was highly enjoyable. It was better than I remembered.

The book starts slow and it took me about 50% before I started getting into it. But then it just gets better and better. So stick with it early on. Gibson’s writing always feels a little hectic and schizophrenic so it takes longer to get into the flow of it. Some people will find it a bit frustrating, but it’s worth it for the way this book ends.

As a side note, the prominent mention of brands is curious and interesting. Many things are given explicit brands in CZ. The Honda helicopter. The Braun cyberspace deck (followed by the Hosaka and the ever-so-elite Ono-Sendai). Hosaka and Maas are big corporations that lawlessly kill to protect or steal talent. I don’t know why this seemed to stick out so much more on this reading, but it did. And I found it interesting. I remember sitting and thinking about Braun and where that company was in 1985 that would make Gibson mention it as he did. There was definitely a Germany vs Japan future clash that was a low smoldering element throughout the book.

I think I actually prefer CZ over Neuromancer, at least at this point.
Read more
2 people found this helpful
Helpful
Comment Report abuse
See all reviews

Diaze Jam. - Jamie McGregor
5.0 out of 5 stars Stunning. Truly mind blowing.
Reviewed in the United Kingdom on April 25, 2019
Verified Purchase
I read Neuromancer a few days ago and was hooked. Hooked on the story, the tech, the descriptions of the world Mr Gibson creates. A world made into flesh it seems by modern films and books, not least of them being the Matrix films. Taking a chance on buying the 3 books that this story is a part of will be the best thing you can do today. It's seldom that I find a book so engrossing, so awe inspiring that I find myself taking time as I don't want the story to end. This book was picked over so slowly, savouring every scene until I reached the end. Buy it, buy them all. Starting with Neuromancer.
Read more
3 people found this helpful
Report abuse

John Were
4.0 out of 5 stars Enjoyed
Reviewed in the United Kingdom on November 5, 2018
Verified Purchase
Sure I must have read this before but thought I'd revisit early Gibson. Decent roller coaster read which is still staggeringly current given its age. Will read the next and wish he would return to sf. He'd be easily up there with Iain M Banks if he did.
Read more
One person found this helpful
Report abuse

genocyber
3.0 out of 5 stars not as great as neuromancer
Reviewed in the United Kingdom on July 30, 2018
Verified Purchase
new characters and plot but sadly doesnt manage to live up to neuromancer. still good cyberpunk.
Read more
One person found this helpful
Report abuse

Ben
4.0 out of 5 stars Not as good as Neuromancer, but still good.
Reviewed in the United Kingdom on October 17, 2017
Verified Purchase
Good story, though sadly falls short of Neuromancer. Also somewhat rushed in parts, but a good book nonetheless.
Read more
Report abuse
See all reviews