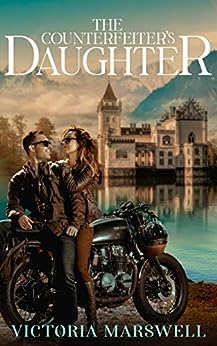 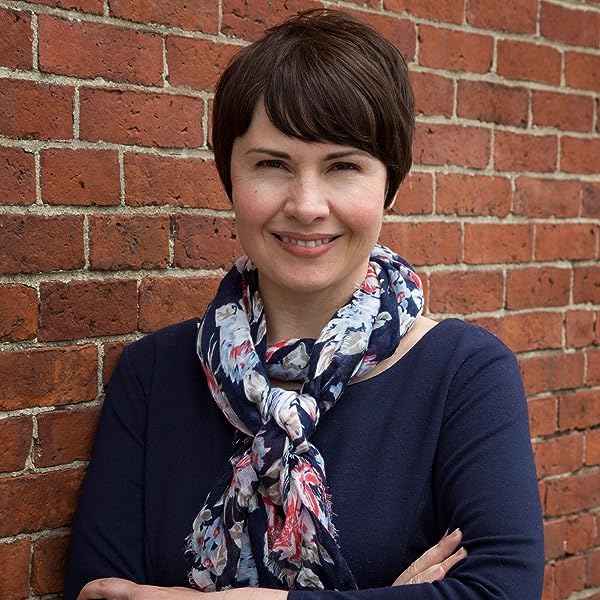 "The confluence of renewed faith and accidental love provides a rich and satisfying foundation for a resilient thriller that is sure to satisfy."

Thomes V.
5.0 out of 5 stars Wonderful suspense novel dealing with thrill seeking, antiques, faith and love
Reviewed in the United States on January 11, 2021
Verified Purchase
The Counterfeiter's Daughter starts off with getting to know Madelyn Brighton, a single lady who works at a women's shelter with a routine life and a troubled past. The past comes back into her life when news comes to her that her father, or at least the person who was supposed to be a dad, had passed away near Munich, Germany. She goes off to Munich to go and end that chapter in her life.

After the funeral, things began to go crazy for her, when a mysterious stranger offers her a ride on his motorcycle to get her away from the trouble she faces. Madelyn accepts the proposition and heads off from her pursuers. As the chase intensifies, she finds out that the man who she rode with is Jake Nolan, a man who wanted to finish the legacy of finding Mozart's original music sheets who also had a troubled past in a previous relationship he was in. The man who wanted to find them, Leon Von Füssen, wanted to add Mozart's sheets to his private collection at any cost. The Von Füssen family had almost gone bankrupt in the 1960s, but Leon was able to bring immense wealth back to the family. His drive ruined his relationship at the time, and wasn't going to allow Madelyn, or any other woman, stand in his way again.

As the suspenseful adventure continues, we see the reasons that motivate Madelyn, Jake and Leon do whatever is necessary to meet their goals. Along the way, Madelyn and Jake become more than platonic, or so she thinks when Leon presents himself as a possible candidate for her affection. The ending becomes enthralling when Leon takes Madelyn to the ice caves of Werfen in Bavaria, where he plans on getting the authentic Mozart music sheets and maybe even something special with Madelyn too. Things change drastically for all three of them that left me in disbelief! It's an ending which is very sweet but unexpected.

The Counterfeiter's Daughter has a ton of details throughout the novel that are accurate to the point, from the freeways of Southern California to Lufthansa 453 actually being a flight from Los Angeles to Munich and even the Autobahn system of Germany. The writer did an astounding job of showing the three main characters plus the supporting characters too. The scenery can easily be imagined, and all of the German food listed is something you can picture eating as you read this book! SO many references are made to Mozart besides the fake sheets, you can see songs such as Mozart's Sonata No11, Sontata No5 in G and more. We even see Madelyn visit the Mozart museum in Austria to et an upfront view of his work.

There's an additional bonus if you know German, since there's a lot of short phrases of the language used in this book. One other important aspect to note is the use of forgiveness and Biblical quotes within a Christian point of view by multiple characters in the book, just in case that is not your cup of tea.

Overall, The Counterfeiter's Daughter is a outstanding book which you should read, especially if you are into suspense, romance, Christian refrences and Mozart!
Read more
One person found this helpful
Helpful
Report abuse

Aeryn Boleyn
5.0 out of 5 stars A wild ride!
Reviewed in the United States on September 7, 2020
Verified Purchase
I get into anything modern and yet still historically transportive.

Might have been pulling for the “villain” and The author handles his story in a way that thoroughly satisfied me.

I cried sad tears and happy tears and feel like I have had my own adventure. Bravo! The app won’t let me give an extra star or I would!
Read more
One person found this helpful
Helpful
Report abuse

Lavendar Lilly
5.0 out of 5 stars Adventure, romance, and a very precious object.
Reviewed in the United States on August 8, 2020
Verified Purchase
This book is extremely fun. Madelyn, the protagonist, gets news of her stepfather's death and reluctantly travels to Bavaria at the request of her stepfather's widow. Madelyn then finds herself entangled in a struggle for a precious antiquity. She meets two men, Jake and Leon, who force her on an adventure that I enjoyed thoroughly.

The descriptive setting of Bavaria helped satisfy my travel bug in a year when Covid disrupted our vacation plans, and the art historian in me loved the role a valuable artifact had in the novel's plot. I also enjoyed the romantic elements. I won't spoil the ending, but I will say Madelyn has a happy resolution in more ways than one. The romance here is wholesome. This is a great summer read.
Read more
One person found this helpful
Helpful
Report abuse

GhostintheShell
VINE VOICE
5.0 out of 5 stars What a fun read!
Reviewed in the United States on September 24, 2020
Verified Purchase
The Counterfeiter's Daughter by Victoria Marswell takes you on a journey to Bavaria, where Maddie, the heroine, has to face many adventures and finds the man of her life.

Although I usually don't read romance, I enjoyed this book a lot. Particularly, because Bavaria is my homeland. I spent my childhood in the region around Lake Chiemsee and was delighted to see how well the author described it. I almost felt like at home!

I highly recommend this book to all fans of Christian Romance, as Maddie's journey is not only a journey to herself and her past, but to faith she had thought lost.

A fun read which makes you want to take a journey to Bavaria right now!
Read more
One person found this helpful
Helpful
Report abuse

Stacy N. Hawks
5.0 out of 5 stars Escape into this Well Crafted Tale
Reviewed in the United States on October 13, 2021
Verified Purchase
I always enjoy books that can immerse and transport me into a world built around relatable and yet, amazing characters. Victoria Marswell's novel The Counterfieters Daughter does both very well. It's a fun, adventurous thriller, that throws in romance with a touch of history. Readers can expect to escape into a well craftes tale once they turn the first page. I look forward to reading more of her publications in the future.
Read more
Helpful
Report abuse

Vampire Hunter
5.0 out of 5 stars Well-crafted and compelling romantic adventure tale!
Reviewed in the United States on August 30, 2020
Verified Purchase
Madelyn, an American, travels to Bavaria and gets tangled into intrigue, murder, and romance. She meets two mysterious strangers. Can she trust either of them? I enjoyed the surprising turns in this well-written story and highly recommend it for anyone who enjoys mystery, romance, and/or adventure!
Read more
Helpful
Report abuse

Amazon Customer
5.0 out of 5 stars Enjoyable Read
Reviewed in the United States on January 23, 2021
Verified Purchase
Madelyn finds herself on an unexpected adventure when she meets Jake, with the possibility that her life is in danger she takes a leap of faith and chooses to trust Jake. The romance between them was great to read, overall a very good book.
Read more
Helpful
Report abuse
See all reviews

T. Dar
5.0 out of 5 stars A fine romantic adventure
Reviewed in the United Kingdom on January 7, 2021
Verified Purchase
The Counterfeiter's Daughter is a romantic adventure along the lines of Romancing the Stone and the Indiana Jones movies, with a Bond-like villain (complete with accent) and a breathtaking Bavarian setting.

Following the journey of Madelyn Brighton, who travels to Germany for a funeral, the story takes several twists and turns centred around an historic musical artefact and the competing motives and affections of Jake and Leon.

It's not my usual read, and the sometimes intense and extensive description and religious references and themes were a bit much for me at times, but I still enjoyed what is a great story in a gorgeous setting. You can really see the sights and even smell the pastry in this one!

Would happily recommend to anyone looking for a wholesome romantic adventure with Christian themes.
Read more
Report abuse

Elizabeth Holland
5.0 out of 5 stars A brilliant read from a wonderful author.
Reviewed in the United Kingdom on October 17, 2020
Verified Purchase
A fun, fast-paced read with lots of unexpected twists. I throughly enjoyed this read with a romance bubbling away throughout. The characters were well written and I felt myself rooting for Madelyn to fulfil her father's wishes and put the past to rest. A brilliant read from a wonderful author.
Read more
Report abuse
See all reviews